Mate's mate runs a bottle shop at Chatswood and recommended this place. Bazaar, just round the corner from St Leonards station. Odd name for a Czech place, but what the heck.

Clean and functional with only a few Czechs on tap, which I suppose is all that's being imported in keg ATM. See link for full range.

Prices more than impressive, around 7-8 per half litre with tasting paddle $15. On tap Budvar, Bernard lager, Bernard dark was off but they had Kozel dark, and Erdinger wheat.

Food excellent, there's a special every night and we were there on Pork Belly night. Those who know me would realise I'm a bit of a tooth man but even I couldn't finish it - I reckon the serve was fifty percent bigger than what I remember from the Bris German Club. Photo doesn't quite show the heinz baked bean can sized mound of sauerkraut :blink:

Altogether two half litres of Buddo, two tasting paddles and two pork belly dinners for around $70. 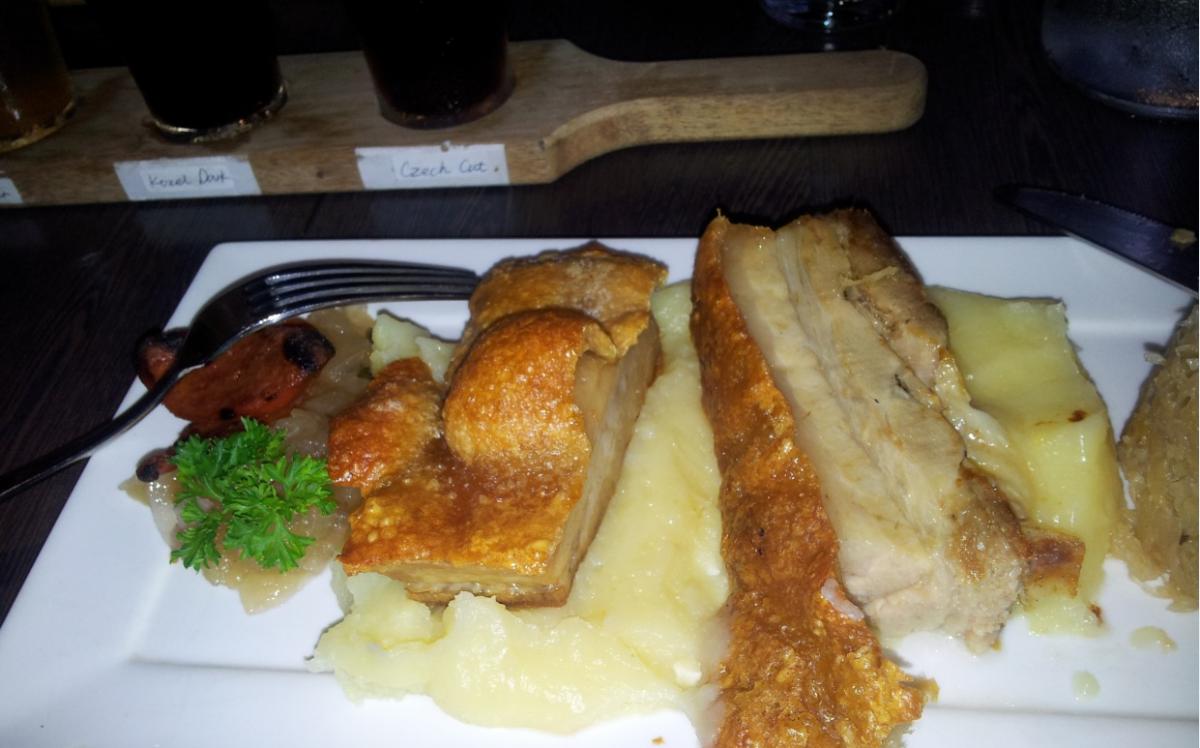 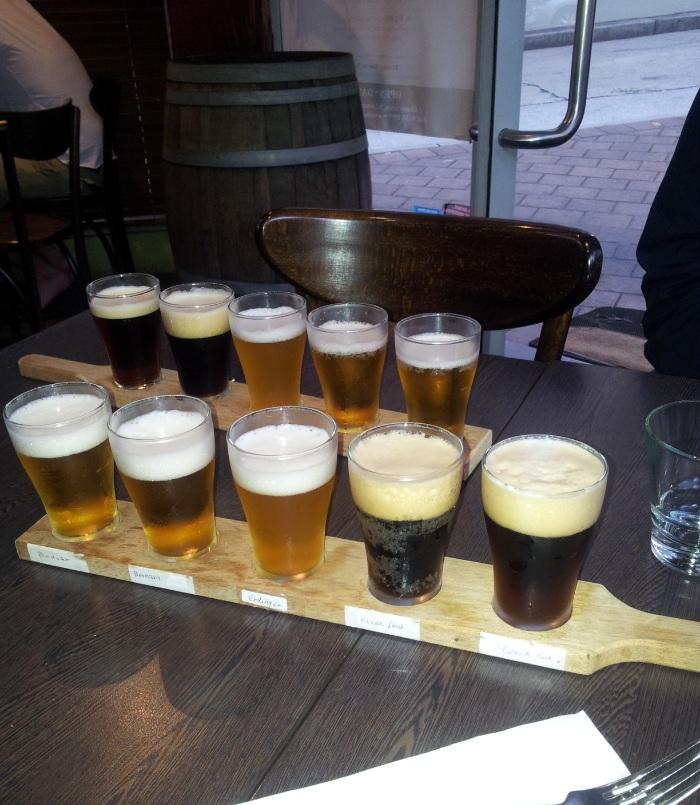