Popped in to Brewerkz in Singapore, this is a micro run by a Canadian expat. We weren't in Singapore for long so missed the brewer who we were advised is very friendly and doesn't mind a chat and would be there the next morning, however we flew out the next day at 5am.

I really enjoyed the Hopback which is handpumped and full of fuggles aroma. If you're in Singapore this place is a must.

Now back to enjoying the lovely London rain 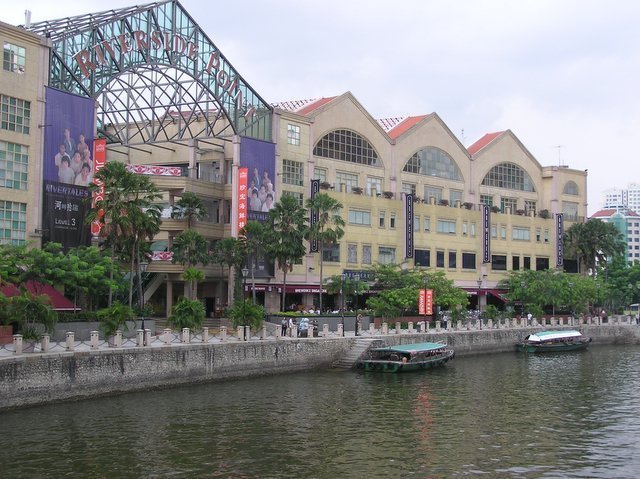 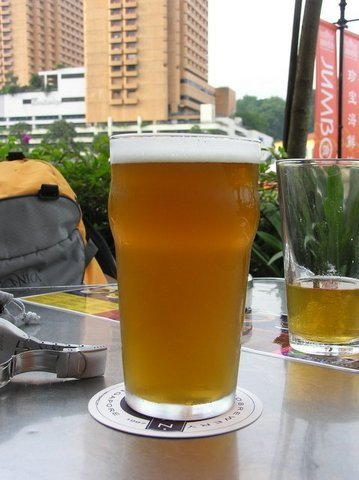 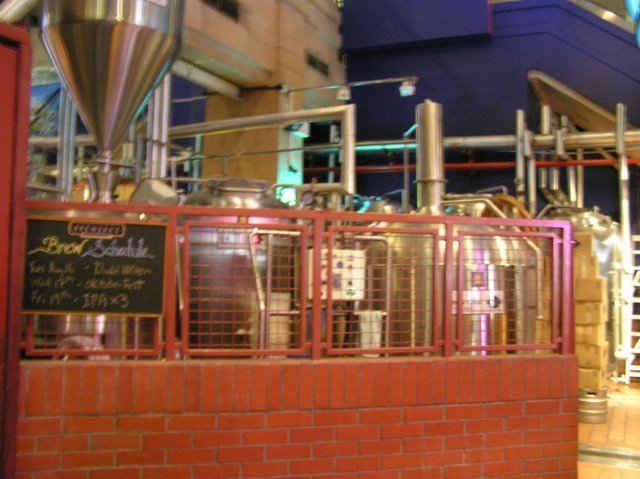 I'm glad you mentioned this Nonicman because I agree with you 100%. In fact I made the very same point on the Grumpys discussion board 2 days ago under the heading "Tiger lager".
Some rude chap by the name of "Tangent" replied by saying that he thought Brewerkz was "craptacular". The context of his reply would indicate that this terminology was not complimentary.
Regards
Jim

Yep I spent 6 months in Singapore a few years ago and this is definitely the pick of place beer wise (or was back then... homebrewing was not legal back then... but is now) if you didn't want to drink your staples (tiger, carlsberg, guiness, kilkenny -if you were lucky)

Food is pretty good there too.

Thought I'd bump this one up since I've just got back from Singapore and stopped in there for dinner one night.

:chug: ). They also change the prices based on the time of day so at lunchtime the beers are only S$3/pint which is great.

I had the IPA to start with which was nice. Malty and bitter but no too over the top with the yank hops. Very nice indeed. The next one was the heffeweizen. This one had the heffe character but it was very mild. I would have prefered more of that nice clove character you get in the heffes but very nice all the same. The guys I was with had the steam beer which looked pretty good as well. The only disapointment of the night was the oatmeal stout. This was one of their "brewers special" brews. Aroma was great but was way too heavy handed with the bittering. There was almost no roast at all and what was there was completely drowned out with the bitterness.

All in all, pretty good beer. Especially in Singapore where tiger is about the only other beer around (and while its not disgusting it certainly isn't the best beer in the world).

The food was pretty good too. The ribs were excellent. And all on the company too... :super:

Ah! I remember walking into Brewerkz in 2000. Got frustrated and left. There were literally hundreds of Yank Sailors (mainly officers) being loud, rude, obnoxious and full of piss-talk. Wasn't worth the effort. <_<

I too baulked at paying $9 for a glass of Tiger... Best place to drink in Singapore IMO is in Chinatown. Beer is far cheaper there. 750ml bottles of Tiger become as low as $3 a bottle.

Go at lunchtime and it is really cheap. Try the Buffalo wings, very spicy!

wow so many international travellers here. kinda debunks the myth of the home brewing hillbilly.
K

There's a homebrew club that meets there semi-regularly every 2nd wednesday of the month. http://club.homebrew.com.sg/index.htm So if you're dropping by during one of the meetings, look for us and share some homebrews

keat said:
There's a homebrew club that meets there semi-regularly every 2nd wednesday of the month. http://club.homebrew.com.sg/index.htm So if you're dropping by during one of the meetings, look for us and share some homebrews
Click to expand...

Cool! I'll be back in SN in October. If the dates line up I'll try to drop in. After a week in this management course I'll be looking for some good beer.

Coodgee said:
wow so many international travellers here. kinda debunks the myth of the home brewing hillbilly.
Click to expand...

I did take my banjo with me...

Coodgee said:
wow so many international travellers here. kinda debunks the myth of the home brewing hillbilly.
Click to expand...

i caught FoodAsia at Singers a few years back
a mate of mine who's a chef and i spent a few hours sniffing out all the free alcohol like a couple of vinegar flies.
beer was from Brewerkz and Grand Ridge
we stayed at the Spanish sherry stand for a while - aaaah PX, and they were pouring like it was free. it was!

Interesting that they can call it "Steam Beer".

Also, if you're trying to beat the taxes, I have always found a big night at Boat Quay. Whenever we went there you could find a $20 all you can drink place. Which makes up for the crazy prices you paid for a couple of beers at lunch time.
G

Thanks for the tip Simon - prices vary a lot depending on when you drink.

Goat said:
Thanks for the tip Simon - prices vary a lot depending on when you drink.

So...you take your lovely lady wife on a special holiday and spend it in Brewerkz, chatting on AHB? I like your style.
G

Guest Lurker said:
So...you take your lovely lady wife on a special holiday and spend it in Brewerkz, chatting on AHB? I like your style.
Click to expand...