A few months back I emailed David L from OzCraftBrewer about getting Graham Sanders radio show setup for Podcasting. About three weeks or so ago it was all up and running.
This morning I see a new Podcast site related to beer popup on my Radar. It is the Good Beer Show.
Now these are some trippy guys, and makes for some humourous listening. The RSS Feed is here for you Pocasting software (eg. iPodder) or you can just download from their mainpage.

er.. so for all us blackhands out here can you spell it out slowly.

There are PC based (iTunes, Music Match) and hardware based (iPods, MP3 players) media players that play music formatted in MP3/MP4 and WMV formats.
There is a standard called RSS that enables you to get notified when content changes on web pages that support RSS.
There is a new term called podcasting that monitors the RSS feeds (iPodder is one bit of software) for new media content (generally audio) and automatically downloads it (if you subscribe to it) and puts it in your iTunes/Music Match list and if you have an iPod/MP3 player automatically uploads it to it next time you sync.

Quick version.
Someone creates audio file and posts to net, RSS Reader sees content, iPodder downloads the audio file and places it in your media player, if you have an iPod it is automatically uploaded next time you sync.

ah yes all clear now, do these ipods come in a lefthanded thread ?

Vlad the Pale Aler said:
ah yes all clear now, do these ipods come in a lefthanded thread ?
Click to expand...

Yes, it is called a firewire interface.
The right handed thread is the USB interface

It is a portable music player, that connects to your computer to get music onto it.
Depending on the model of Apple iPod you buy it can hold like over 400 music CD's in content.
They have been around for a couple of years, but are holding more more content now and also come with colour screens and extra features.
There are also attachments that allow you to have it playback through your car stereo etc. 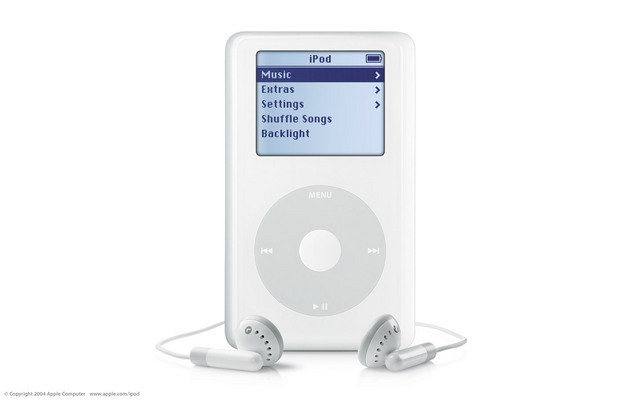