I'll be in Japan from 22 March 2013 for 3 and a bit weeks and am looking for any beer/pub/brewery and general sightseeing recommendations.

So far in Tokyo I'll be visiting:

and this ridiculous place I found today called Craftheads - http://craftheads.jp/craftheads/Beers.html

I'll also be going to Hiroshima, Kyoto, Osaka, Nara, Nagano and Takayama and I'd be grateful for any suggestions about where to go, what to drink and what to see.

just found another one for Tokyo

Never been so can't help but was going to suggest Bairds. Awesome brewery that. Be sure to post up some stuff.

Liquors Hasegawa if you're into spirits and the like. Pay around 250 yen for a try of some pretty aged scotch & cognac.

Single Scotch malts are about the same price as good bottle of red, you may become distracted, in any event bring a couple of bottles home.
P

Also Check out Shiga kogen http://www.tamamura-honten.co.jp/ ....... my favie IPA brewer in Japan! these guys are in Nagano-ken http://wikitravel.org/en/Nagano

Can also recommend yo-ho brewing http://www.yonasato.com/e/ they make an awesome porter and pale which actually tastes better straight outta the can?! I have heard their brews have made it to some convenient stores too!

I found it difficult to find pubs in Japan. Its just different.

They are heaps less strict, you can buy beer from vending machines and drink on the street. No one cares.
Even found a snowboard shop in a small country town where the girls at the counter served us drinks and we treated that place as a pub.

Roppongi was a different story, Japans answer to kings cross. Full of pubs, clubs and ex pats, but I did not like it.

Anyway, I thought this was a brew forum, not a travel forum. Check out lonely planet.

In any case have fun. Its an awesome place.

I went to a bar in Narita, Called the dungeons, or somthing like that...all the air crew used to sing karoke there, Took ages to find (and needed a local) it was fabulous.....i loved Japan, you will have a ball

My most memorable scene of beer drinking in Osaka was at the Osaka Beer in festival at Umeda with around 100 beers to sample and being entertained by a family quartet (Mum, dad and 2 daughters) strumming and singing traditional Japanese folk songs. The entertainment was an unnecessary distraction. They were not called back for a repeat performance the following year.

freek said:
Anyway, I thought this was a brew forum, not a travel forum. Check out lonely planet.
Click to expand...

Quoting just because it is so awesome.

I'm always looking for an excuse to go to this South-East Asian Bar, made famous by the megaswill of my homeland, Tennents.

In Shimbashi there is a crazy tiny AWESOME bar called Dry Dock.

Ant and Bee is good if you are in Roppongi already.

There are plenty of beer experiences to had in the least likely of locations, so just keep your beer feelers out. There is a bilingual craft beer magazine I got in Osaka for free, perhaps do a search for the publisher and get links off them. There are a lot of local beers in villages and small cities, try as many as you can.

There is a rainbow of awesomeness to be had from vending machines, just say goodbye to a good cuppa if you drink coffee. I made a challenge to see what new things I could get for the day from machines.

I loved strolling around town drinking craft beer from a window vendor. Awesome way to holiday. And craft beer on a shinkansen! And onsen then beer. 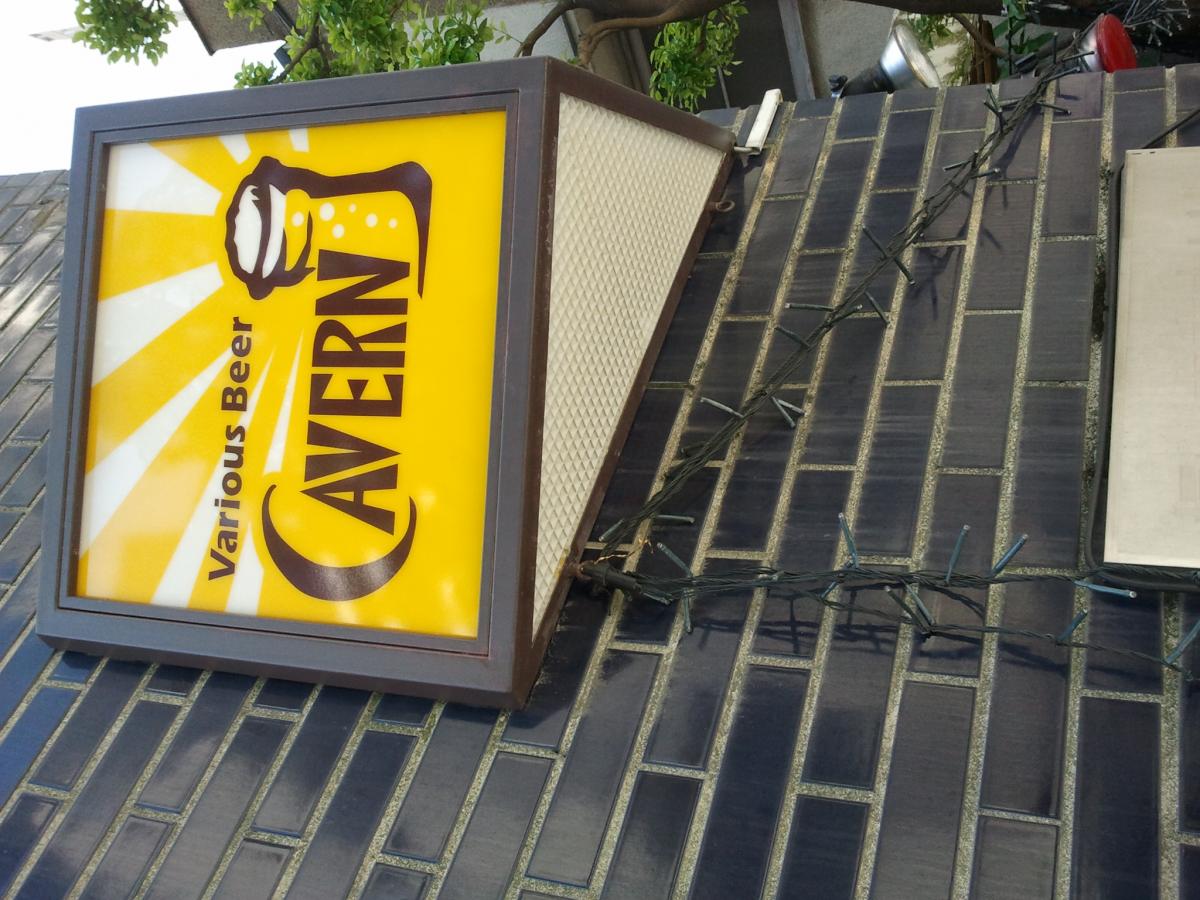 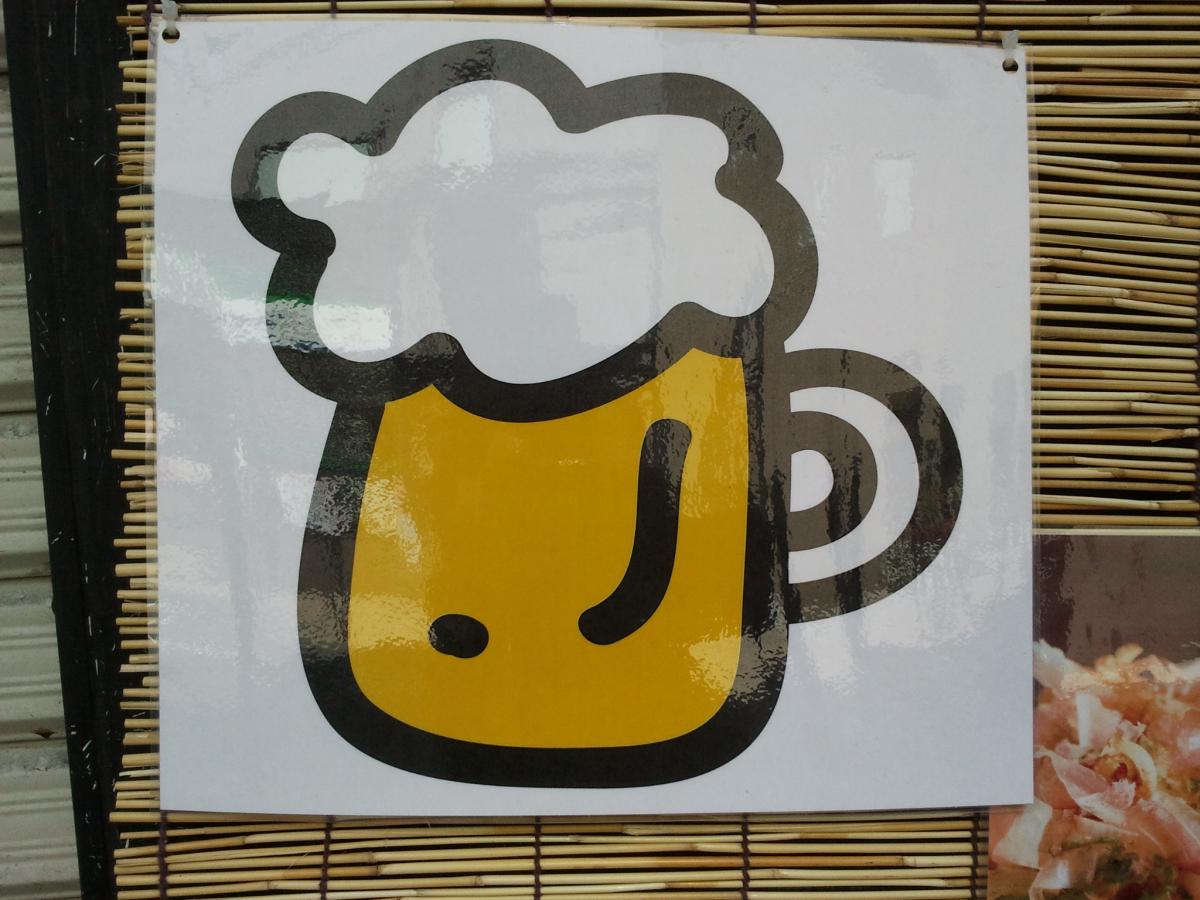 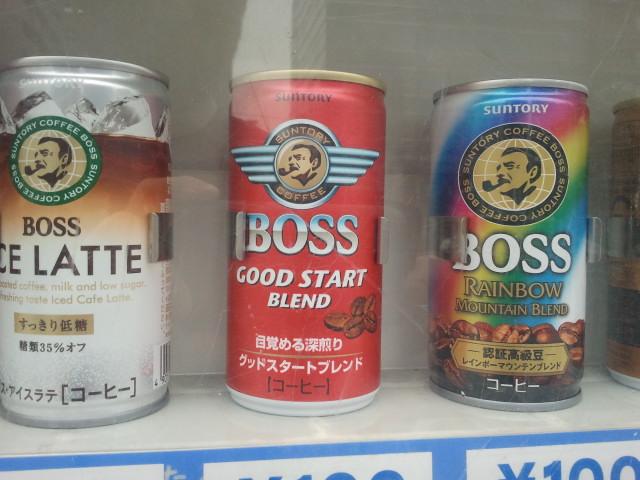 Thanks for the suggestions guys, plenty of places to keep me busy and found this for a few more - http://japanbeertimes.com/

Will be fun just wandering around to see what I stumble upon.

Man, Tokyo's beer bar scene changes weekly, seriously. There's so many new beer bars popping up even beery locals don't even know about them. My suggestions would be to hit up Popeye's, Ushi-Tora (two bars side by side by same owners), Craft Heads, Aldgate & Good Beer Faucets (all in Shibuya), Brimmer Beer Box (to try the decent Brimmer beers), Tanakaya definitely as it's a beautiful bottle shop. Heard some good things about Watering Hole and Dry Dock but not been myself.

If you can make time go to Yokohama as there is a great array of beer bars there, and also the best of the Bairds taprooms.

Hiroshima - Just two beer bars during my visit last year, Golden Garden which is a lovely 'Belgian' style pub and they've open their new Raku beer bar around the corner which is modern and features solely Ji-Biru.

Kyoto - Tadg's Irish bar is great for a mix of US and local micros, Wachi Kunsei, and Yamaoka is a great shop for bottles and canned micros, and heaps of sake. Pick of the places for me though is + Sake Bar & Cafe. Go there if nowhere else, amazing Sake - you won't be disappointed. Although I did have one of my worst hangovers after visiting this place - I think it lasted about 3 days :beerbang: Also heard good things about the new Bungalow beer bar.

Osaka...rocks! Q-Brick World Beer, the Beer Belly's for your Minoh fix, Craft Beer Base is awesome and has an amazing Lambic selection, Standing Beer Bar 1020 is really cool (and literally only fits about 6 people), and Craft Beer Bar Kamikaze.

Takayama is lovely though touristy but no beer, perhaps try the local Sake houses.

If I recommend places to eat that would require a whole 'nother thread!

I'm sure I've forgotten heaps too...

Wow, thanks dude! Can't wait to get amongst it!

I can't offer too much in the way of beer in Japan because when I went there I took my young children. I was only there for two weeks but I jammed a lot in.

Hiroshima was my favourite spot. Make sure you spend at least half a day at Miyajima island (about 30 mins ferry ride) and Peace Park.

+1 about Takayama. I wish I could have spent heaps of time going to sake places because they are everywhere.

It is an amazing country, full of contrasts. It's safe, respectful, unique and cheaper than you have probably been led to believe. You will have a great time and I am very jealous.

Thought I should finally get around to posting about my amazing Japan trip. I didn't get to as many beer places as I had planned but in Tokyo I made it to the following:

Probably the best beer bar I went to in Japan and it's a must visit. Was a comfortable, dark, slightly-divey pub with 70 taps of American beer, Japanese brews and also some Belgians. I was there from around 6 on a Tuesday night, it was half full and quickly filled up with a great friendly atmosphere and cheap and tasty Japanese-style bar snacks to boot.

This pub was a lot of pine & chrome so felt more like a pizza hut than a pub but the Bairds beers are really good, they had 3 handpumps in operation and served good pizza. I stopped in around 2pm with 3 non-beer drinkers who weren't keen for a session so I wasn't able to stay for long and that may have detracted a bit from my enjoyment. Worth a look if you're in the area and Bairds have a few other taprooms around Tokyo.

This bar is a windowless underground bunker but the taplist was good with Japanese IPA's and other brews - I even tried the cherry blossom "sakura IPA" which was interesting. Right next door was a bar called "Hollow Point" where you could shoot air rifle AK-47's, M-60's and 357 Magnums so that was pretty good fun. Roppongi is apparently the red light district but, other than being accosted on a corner for a few minutes by a Nigerian spruiker who wanted to take me to his club, it seemed pretty tame.

Big selection of US, Japanese, German, Belgian etc and cheap. Was the best bottlo I went to and also had a huge wine & scotch selection if that's your thing.

In Tokyo I was staying in Ebisu and there was a supermarket upstairs from the Ebisu train station which had Bittburger 500ml cans, duvel, orval and two great beers from the Japanese Yo-Ho brewing company, Yona Yona ale - an American pale ale for $2.39 a can and Aooni - a 7% American IPA for $2.89 or so (it was about 100 yen to the dollar while I was there so it was easy to work out how much I was spending). Beer & food is super-cheap as compared to here.

I stocked up on heaps of these as takeaways and they were delicious. I had plans to get to Craftheads and The Watering Hole but unfortunately didn't make it.

Besides Tokyo I went to Hiroshima, Osaka, Kyoto, Nara, Fujiyama, Takayama and Kanazawa. I didn't get to go to any beer places in these areas and had to make do with supermarket beers. Of these I found Yebisu Premium and Suntory Premium Malts to be the two picks of the bunch. Had a few beers at a baseball game at the Tokyo dome from this nice lady:

The beer vending machines I'd heard so much about weren't as plentiful on the street as I had been told - apparently there's been a crackdown on underage drinking - but you'll see them here & there and vending machine beers were only $1.10 to $1.80 for a 500ml can.

I did heaps of sightseeing and was lucky enough to land right in the middle of cherry blossom time which was incredible.

Sharing a beer with a deer in Miyajima:

The Kirin headquarters in Tokyo. It was designed to resemble a golden beer with frothy head which is pretty awesome. No one seems to know what the sculpture next to it is supposed to be so everyone just calls it the golden poo:

Throwdown-style cans at the local discount store for 77 cents:

It was a fantastic experience, the people were super friendly and I had an absolute a ball.

I loved Japan when I went there. Unfortunately it was pre-good beer discovery times.