As I mentioned in the welcome thread, I'm new to brewing (though I have a mate into it and have helped him do one brew so I could wrap my head around the process). He uses some stainless all-in-one system though, so he can't really help me with the gear that I have scored for free. Between his advice and all of the youtube videos I've watched, I think I understand herms and the names of things, but please correct me when I say stupid stuff!

As I will no doubt have lots of questions in the next few weeks, I thought I'd make just the one thread rather than polluting the herms thread or reviving old/dead threads one specific topics. It'll also journal the whole rebuild and could be useful to someone in the future, maybe?

Which brings me onto the gear I've been given. It's a herms setup, with several pumps, 6 x 19L kegs, grain mill, fridge with taps, spare bits and bobs - an overwhelming amount of gear which has just sat there for the last ~3 months while I finished some renos around the house. But for the last few weekends I've been pulling it all to bits and cleaning it up. It seems when the previous owner gave up brewing, the hot liquor tank was left with water in it, and there was electrolysis between the copper coil and the aluminium pot. The coil might be recoverable but for the cost of some copper pipe I'm just going to bend up a new one. The aluminium pot is all pitted from the electrolysis, but as it was just water it's cleaned up okay and I think can be used.

The boil kettle is aluminium, I think about 65L though I forget the exact measurements I took on the weekend so it might be 70L. It's in decent condition and there's a massive, rusty gas burner for it that I think will be fine.

But then there's the mash tun, and my first question:
The mash tun was a 38L blue cooler with various fittings installed, but had sat there with some wort in the bottom for so long that I've removed the fittings and chucked it out. It reeked and nothing I did cleaned it away. The inner skin was buckled inwards as well. I put a pic below just to share the pain

Question: should I replace it with a similar esky, or go for a stainless/aluminium stock pot?
Question2: I know from reading that a quality stock pot is good for the boil kettle, but how important is it for the mash tun? Would a cheap stainless pot from ebay be fine? I can get a 38L cooler from ebay for $90ish, or a 4mm aluminium stock pot (56L) for about the same. Alternatively, a cheap stainless pot is as low as $50

Second question - the filter/pickup pipe thing at the bottom of the mash tun:
The previous owner had a t-shaped bit of copper pipe with holes drilled in it, and wrapped in what looks like fly-wire, with hose clamps holding the fly wire in place. (see second pic of inside of mash tun). It's also going in the bin but I'm not sure what is best to replace it with. In the first pic below is a stainless mesh thing that doesn't look like it was used much (it wasn't attached to anything, but the thread isn't entirely clean so, not sure) - could it be used for this purpose or should I do something different? If that's not what this thing is for, does anyone know what it IS for?

Third question:
Best way to clean all the pipe fittings? I've pulled them all apart and had them in warm soapy water, with a toothbrush...

Just want to make sure I do it right before I put it back together later on. 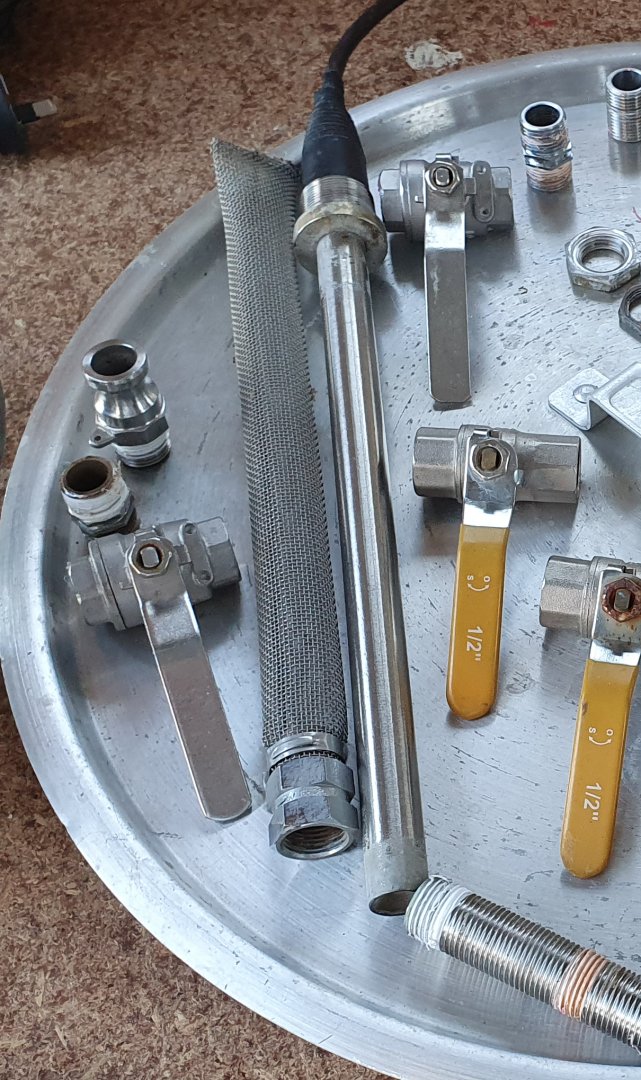 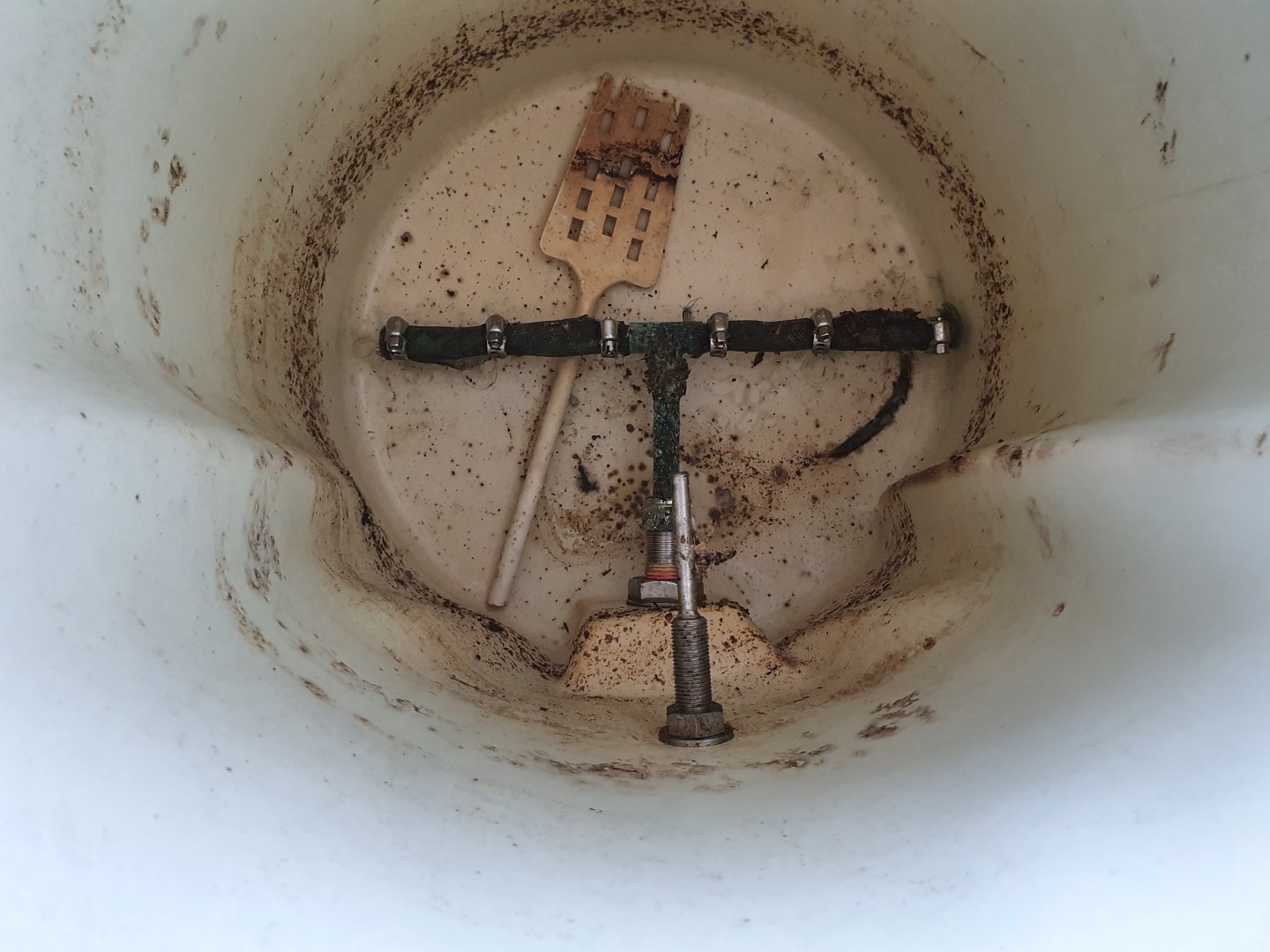 Looks like a fun first up project Bduza. Plenty of people using esky's but I prefer a metal pot, preferably stainless steel. I would ditch the filter in the mash tun, it looks terrible, get a round stainless steel mash tun false bottom. Lots of places selling them. It has a much larger surface area and a centre pickup/drain.

If you are looking for an easy way to make your own mash tun or lauter tun these 30cm false bottom will do the job nicely. They are made from 304 Grade stainless steel, come with a 1/2 inch elbow and also have a stainless steel barb with 13mm OD so it's suitable for the heavy duty silicone that...

www.kegland.com.au
https://www.keg-king.com.au/catalog/product/view/id/63/s/domed-stainless-steel-false-bottoms-30cm/
For cleaning fittings, and this is why I like stainless steel, use an alkaline brewery wash like PBW, even unscented napisan is used by many here on AHB, You would need to soak the parts for a few hours and they generally work faster in hot water.
The stainless filter you asked about is a hop filter for use in the boil kettle.
Good luck.
Last edited: 17/6/20
B

Thanks for the reply. I had another crack at cleaning up the HLT last night. The pitting is worse than I thought it was. I'll get a photo of it when I get home from work and maybe someone could give me their opinion on whether it's usable or not.

So far my list of stuff to buy is at $160 - if I need to buy a new HLT as well, the cost will be more like $250, and that's before I test all the electrical stuff (pumps, heating element, STCs etc). I can see this quickly approaching the point where I could just buy a brewzilla. I think my priority this weekend will be to fire up the electrical bits and see where I stand after that.

My HLT is a 50L keg with the bottom cut off and I have the keg fitting linked to a triclover fitting. If you can legally acquire a rubber coated keg (breweries often get rid of slightly damaged ones that no longer fit through their machines) it isn't an expensive conversion. My mash tun is the same but obviously with a screen at the bottom.
B

Ok, here is a couple of shots of the HLT condition. Reckon it's usable? 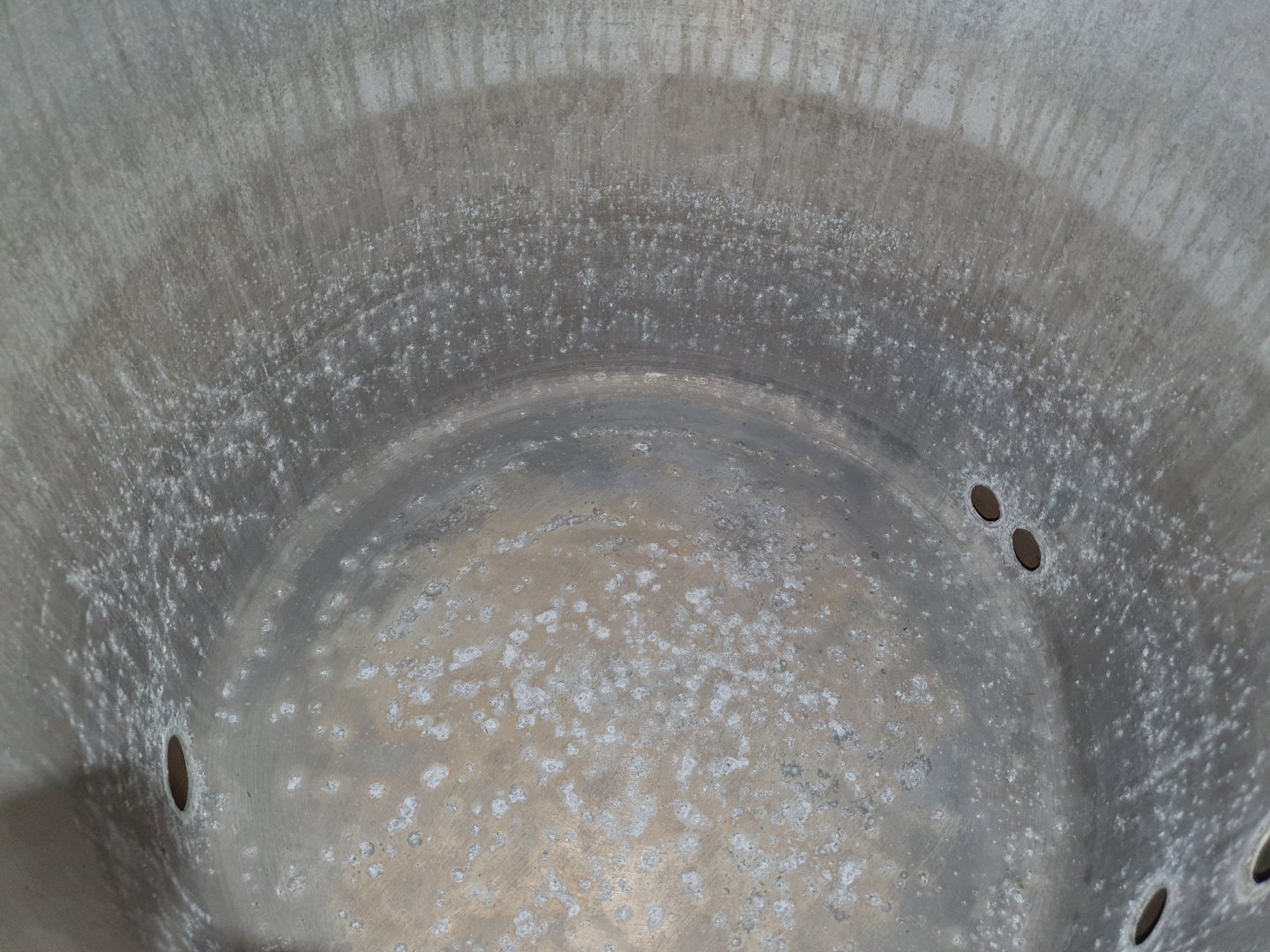 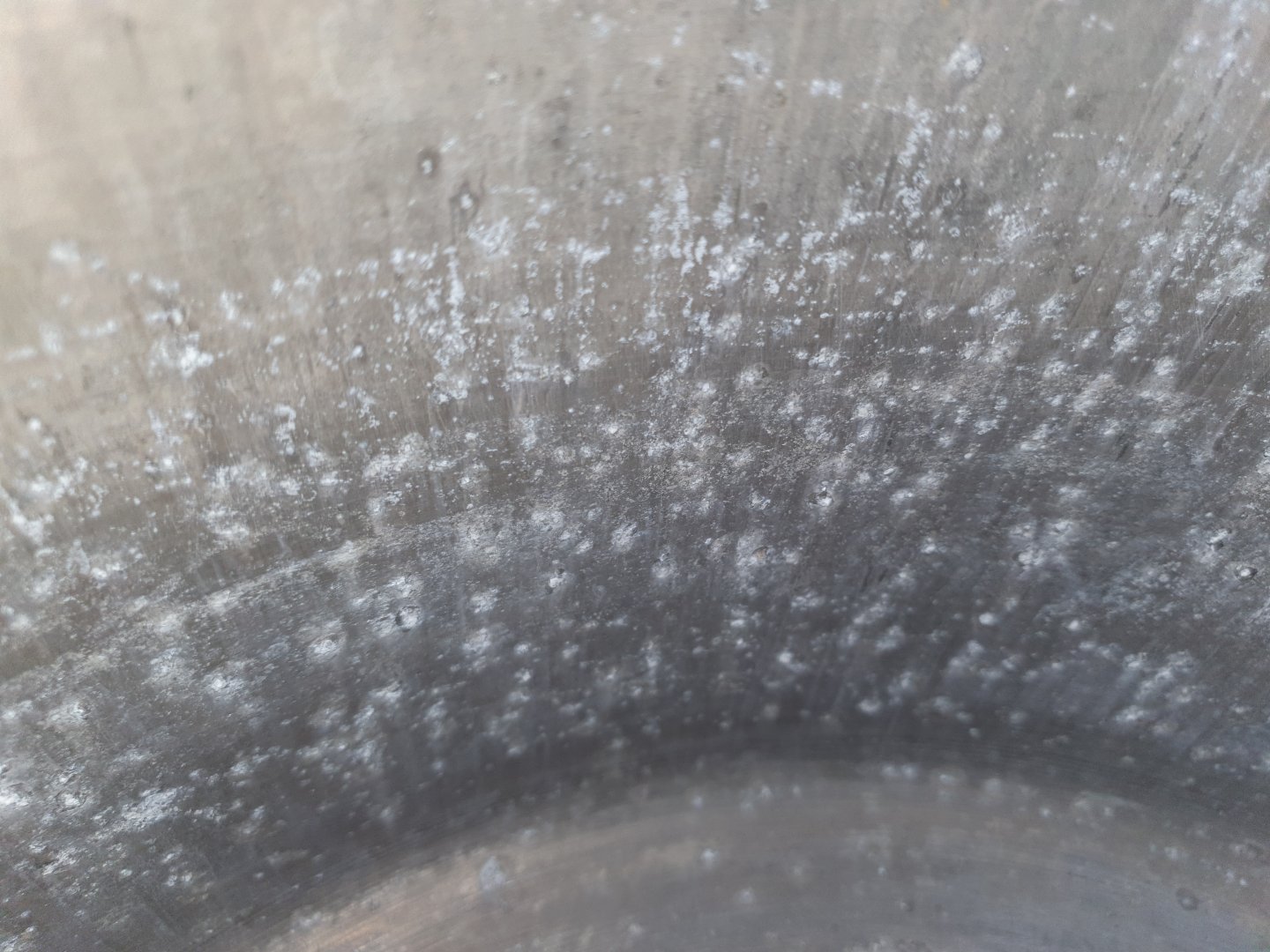 Equipment For Sale Getting into All Grain on a budget - Location: 3027