NORWAY, Iowa (AP) - Cattlemen are hoping to raise a better bovine with beer.

About a dozen northeast Iowa farmers have been spiking their cattle feed with beer. So far, the herds are lapping it up, said cattlemen Robert Miller.
They like it so much that they hesitate to eat when their feed isn't mixed with beer, Miller said.
It began about a year ago when an official at Fleck Sales, a Cedar Rapids beer distributor, contacted Fisher's Feed and Fertilizer in Norway, a small town southeast of Cedar Rapids.
The company asked if the feed business would like to get free beer, not for its workers but to mix in with its feed, said Jack Fisher, the feed company's owner.
Fisher said research shows that beer has vitamins, minerals, amino acids, carbohydrates and proteins, which all benefit cattle's diet.
Beer is commonly used in cattle feed in Japan and Canada. The animals' complex digestive system breaks down the alcohol in beer, turning it into food energy, animal nutritionists said.
Fisher took Fleck Sales up on its offer and now the beer is emptied into 5-gallon buckets which are taken to feedlots where the beer is given away.
Fisher laughed when asked if he and his friends ever test the free shipments.
"We have to make sure it's safe for the cattle," he said.
B

Hmm, I had heard the Japanese feed beer to cows to get that really good "waygu" beef.
Also kind of relates to something I was planning to ask in a couple of weeks.
Tracey & I just got a couple of pet rats- see attached pic. We feed them a mix of fruit & veg, with oats & barley sprinkled on top (yum rat coleslaw )
We are thinking of doing some PM brewing in the new year, and I was going to ask if anyone had ever fed the leftover mash to animals. I assume it would be OK, rats are pretty hardy little buggers. 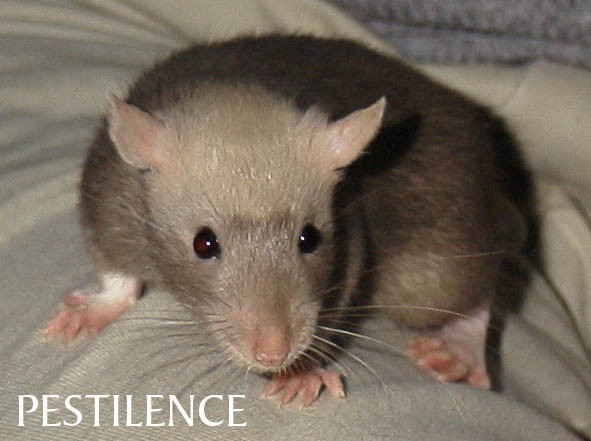 My dog eats it , so does Chillers and GL's and many others I am sure.
GL did say it gave his dogs terriable wind , which by the size a GL's dogs is possibly upsetting most of Bayswater :lol:

My dogs eat some of the spent grain without too many problems. Their stools tend to be mostly grain husks after a feed of spent malt.

I think keeping some for your rodents would be fine, but once it's wet, it spoils rapidly. I guess you could roast it dry again in your oven for storage.

I saved this sites thread on making dog biscuits sometime back , I haven't tried it yet but plan too one day.

Some my find it helpful

Feed the dogs un-spent malted grain, not spent grain. After a few hours at body temperature with all those nifty dog enzymes, collect the ejected converted grain with a shovel and gently sparge.

Produces a brown porter with a unique nutty taste.
B

collect the ejected converted grain with a shovel
Click to expand...

Has anyone else heard of the coffee beans that are collected after having been "roasted" or whatever in the innards of an Asian monkey? Similar principle, I think.
But what a great excuse to get a pic of my little Pesty on the site. Wait til you see pics of the Venus Flytraps we use to keep down beerflies in the brewery.

Dogs biscuits may be the go, ta Batz.
M

That would be a unique taste alright!
G

Backlane Brewery said:
Has anyone else heard of the coffee beans that are collected after having been "roasted" or whatever in the innards of an Asian monkey?
Click to expand...

Thats where the idea of big shit porter came from. Its not a monkey, its a civet cat, which is actually not a cat, its from the mongoose family. It is a real product, or at least it used to be.

Its now a trendy coffee sold in upmarket yuppie coffee houses in Indonesia and overseas at way inflated prices. I think if you added up the total amount of coffeee being sold as civet cat coffee in these places, and divided it by the number of civet cats know to exist, you would find they couldnt possibly crap that much and it is now just a money making scam.

But Big Shit Porter is real, with three Great Danes, its quicker to mash that way than to use a mash tun, just have to remember which specialty grain you fed to which dog, as its hard to tell in the processed state.
P

Hey GL, what beer did you put in the sandgroper's xmas box?

My dog loves some spent grain, freshly sparged and cooled wort, and the other day, I caught her eating freshly crushed grain. So I could have had a go at some special dog shit porter.

Just remember hops are bad for dogs, keep the spent hops away from them.

Just how much beer does it take to get a cow hammered anyway?
R

I'm sure we had that one before - or was it elephants?

The topic of drunk elephants pops up everytime they have a big night out on the village.

Kai said:
The topic of drunk elephants pops up everytime they have a big night out on the village.
Click to expand...

But what colour are they?

That would be the Delirium Tremens species then!
C

Spent grains go really well in chooks so mice should be the same way.

Wagyu beef is beef produced in feedlots where the cattle are maintained on grain feeds (very high in energy) for between 320 and 360 days. This is an exceptionally long time as most cattle are only kept on feed for 60 to 120 days. The effect of this on the cattle is that they produce small 'veins' of fat through the muscle, which supposedly makes the meat more tender when you cook it. I have had Wagyu a number of times (Anyone in Brisbane head down to the Brekky Creek Pub) and I personally think the difference between Wagyu and a well cooked 'conventional' steak is too close to call. Don't tell the Japanese but - they pay a fortune for the stuff (think about $250 for a steak)

Merry Christmas all and have an enjoyable NYE (with homebrews of course). :chug:

Chatty (The third most isolated brewer behind Batz and Bigd)
D

I drink ALL THE BEER ( exept the pale that the missus dri ks..)

Guest Lurker said:
No, no, no!

Feed the dogs un-spent malted grain, not spent grain. After a few hours at body temperature with all those nifty dog enzymes, collect the ejected converted grain with a shovel and gently sparge.

Produces a brown porter with a unique nutty taste.
Click to expand...

I haven't laughed that hard in a while

Spent grains go really well in chooks so mice should be the same way
Click to expand...

MICE? MICE???
Jeez don't mistake a rat for a mouse, Chatty, unless you wanna lose a fingertip.
Little Plague & Pestilence are rats, and here's a photo of Plague (to go with the earlier shot of Pesty) to prove it.
With you all the way on the price of waygu, though. 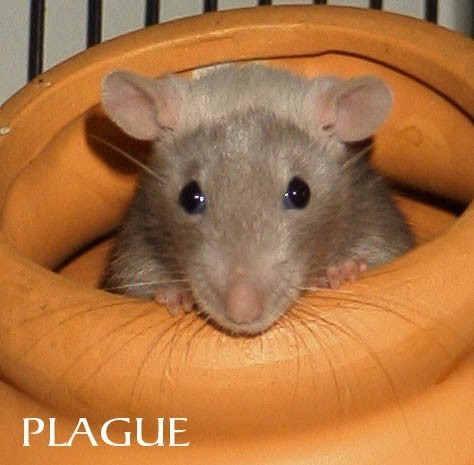 Beer Sales In America Are Declining