With a few exceptions (Gandhi, Mandela...) most people who want to be politicians should be automaticity disqualified, perhaps sterilised and sent to live on a small island, or even to the Fletcher Memorial Home.
More of Grmblz POV, A Plague On Both Their Houses!
Mark

So much good music for so long, probably dates me badly but I think I recognise all the characters in the vid.
Raise a glass to Floyd
M

I've always fancied an open season on politicians, similar to the duck season.
Starts 2nd Jan, and finishes 31st Dec, that gives them 24hrs to spout their crap or procreate (their choice) before crawling back under their rocks.

The latest money grabs, and an indication of their mindset:

Back in July, the AEMC called for submissions on proposed rule change requests it had received following AEMC’s calls for reform in 2019; relating to:
That's right folks, they incentivise everyone to get solar, and as soon as enough people do they tax it, we have to PAY to give away electricity wtf

Last week, the Marshall Government was keen to crow about $18.3 million in the upcoming State Budget 2020-21 to support electric vehicle uptake. Something it didn’t mention at that point can be found on page 26 of the 2020-21 State Budget Overview:

“The government is intending to introduce a road user charge for plug-in electric and zero emission vehicles. The charge will include a fixed component (similar to current registration charging) and a variable charge based on distance travelled.”

The Australia Institute (TAI) points out fuel excise is a federally levied tax that goes into general revenue and is not specifically committed to road funding. SQ’s Ronald mentioned back in 2018 that at that point it worked out to only around 10 cents of the 40 cent per litre fuel excise went towards paying for roads.

TAI says it is “disingenuous” to suggest that roads are funded by the fuel excise.
“Penalising electric car owners because they don’t consume petrol that pollutes the atmosphere and our environment is absurd,” said TAI SA Directory Noah Schultz-Byard. “This is, in essence, a great big new tax on not polluting.”

It's just grab, grab, grab! How long before the other states think it's a good idea, I drive a diesel, why is diesel (only in Australia) more expensive than petrol when it is cheaper to produce, store, transport, and distribute? Might have to look into a coal fired SUV, or an electric with my house solar on its roof.

yankinoz said:
Overseas, he's no hawk, but he's working on starting a civil war. There are many signs Trump intends to do damage that will come due after Jan 20 and then Biden gets the blame. Making briefings inaccesible to Biden, making hardcore Trumpies and WH staffers civil servants so Biden cannot remove them, and more. Obama in his interview mentioned a tradition that presidents are reluctant to criticize their successors. Trump will never stop attacking.
Click to expand...

I thought his supporters were the conspiracy theorists
Last edited: 17/11/20

Got a source for that ?

scomet said:
They seriously think he was sent by god!? these fundamentalists are a bunch of nutters...

You don't think it could be an exorcism?

If it was it failed, he's still haunting the white house.
Mark

Eddy Monsoon said:
Got a source for that ?
Click to expand...

That's not a source for the phrase quoted, that's just a reverse translation of your own unsourced statement

"Qu'ils mangent de la brioche" is the usual original. Brioche being a luxury, so putting a wholly different context to the phrase.

If you have difficulty with stupidity, maybe just answer the actual question to keep things simple.

I did some research, and stand corrected, it appears she was mis-quoted, and as you quite rightly point out the mis-quote has been mis-quoted.
The sentiment of the post remains however.

Grmblz said:
I did some research, and stand corrected, it appears she was mis-quoted, and as you quite rightly point out the mis-quote has been mis-quoted.
The sentiment of the post remains however.
Click to expand...

Takes a big person to admit they were wrong. Good on you.

Grmblz said:
I did some research, and stand corrected, it appears she was mis-quoted, and as you quite rightly point out the mis-quote has been mis-quoted.
The sentiment of the post remains however.
Click to expand...

Sidney Harbour-Bridge said:
You don't think it could be an exorcism?
Click to expand...

We can only hope. But I seriously doubt it. Looks like Donny baby is enjoying the laying on of hands.

Let me know when you hear a politician say "I stand corrected" I suspect you're in for a long wait.

From when it all began 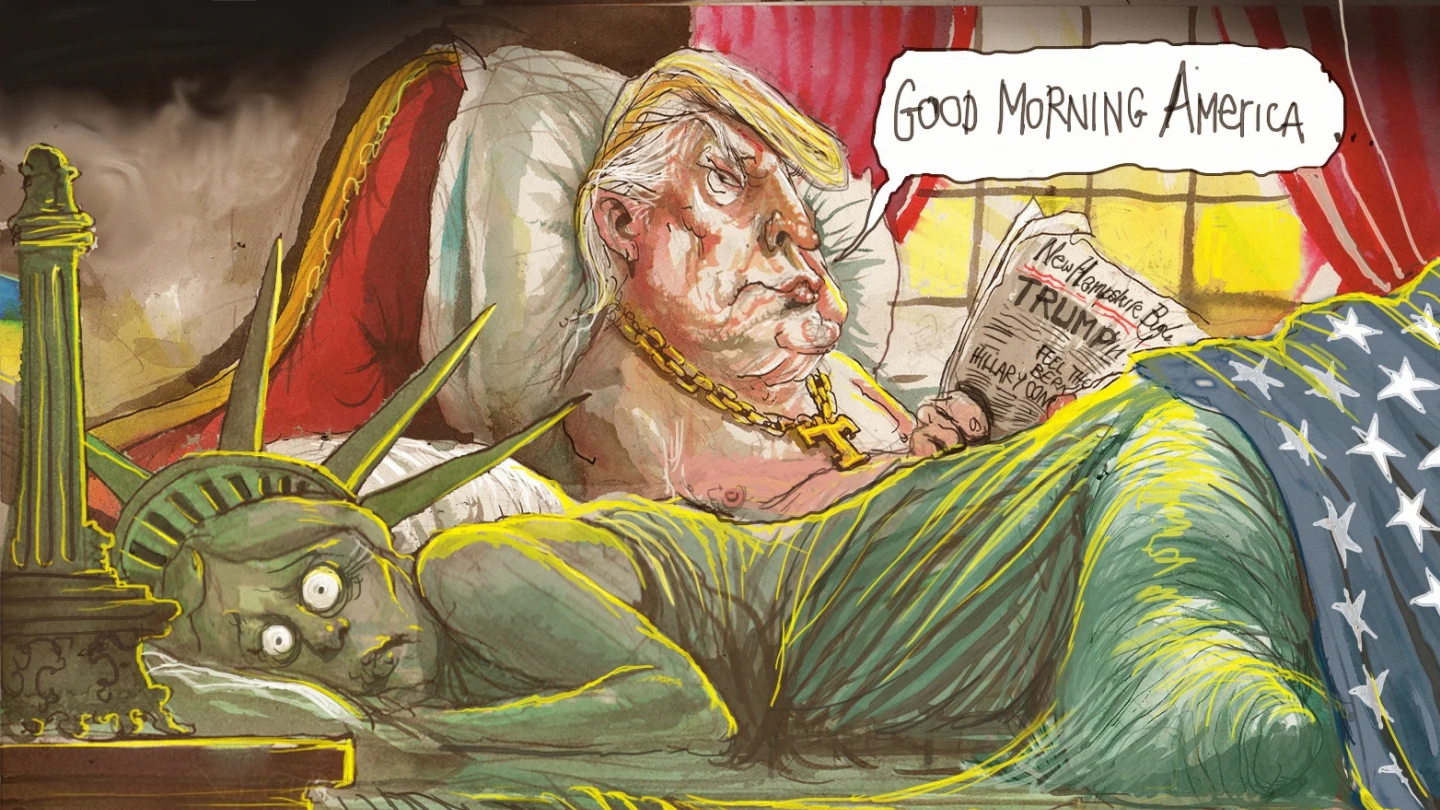 Grmblz said:
It's been said before, when you stop to think how stupid the average person is, and then come to the realisation that 50% of them are even more stupid???
Click to expand...

I think it is called cognitive dissonance!
Quoted from a from a analysis on the ABC website:
In 1957, social psychologist Leon Festinger published a study about a small cult in Chicago called The Seekers.

Its members spent their days preparing for the arrival of an alien flying saucer, which would carry them to safety as an apocalyptic flood destroyed the Earth.

When it didn't happen by the prophesised date, a few members on the fringe of the group realised they had made a terrible mistake by giving away all their money and possessions.
But the vast majority of members used the non-event to settle on the less mentally stressful belief that the aliens had in fact decided to give Earth a second chance at existence.

In the face of overwhelming evidence that their core beliefs were wrong, it was easier to warp reality even further, rather than come to terms with the truth.

And right now in America, cognitive dissonance is thriving.

It's evident in the widespread scepticism about the seriousness of the coronavirus, even as the nation's death toll surges past 250,000.

But the refusal to accept reality in regard to COVID-19 is largely a function of the bigger issue that's afflicting this great and powerful, but dangerously divided, nation.
The divisions evident now are no longer just a political battle between the blue team and the red team.

It's now clearer than ever that both sides live in completely separate realities, where everyone is entitled not just to their own opinions, but to their own facts as well.

^ Very succinctly put, can we posit that Trumpism is in fact a cult, and Trump a cult leader?
I wonder what it is about the American psyche that engenders so many whack jobs (the whole laying of hands things was a classic) or is this sort of behaviour ubiquitous among human kind and just happens to be over reported in the US and/or under reported elsewhere?
Given that homo sapiens are tribal by nature are we witnessing the formation of the two biggest tribes ever to walk the planet, and what will be the outcome when the inevitable happens?
Oh dear my head is hurting now, think I'll have a homebrew, and brush up on my Mandarin.

I don't know whether this is funny or frightening.

C
Forum needs to be active so let's talk political.
7 8 9

No gas from Sodastream bottle through regulator