Pirate Life have to be my favourite Australian brewers.

I love their Pale Ale and IIPA and this weekend I tried the recently released IPA. Its unreal, and probably the best Aussie brewed IPA I've ever had; trumping the IPAs from Riverside, Akasha, Ekim and Fixation (all of which are also fantastic).

The packaging is also great with orange and blue pop (see below).

This is from the Pirate Life website - http://piratelife.com.au/vive-la-ipa/ - "Sitting nicely between our Pale Ale and IIPA at 6.8% ABV the IPA has a gentle orange hue and a round, full bodied malt character care of Pale Malt, Munich and Crystal. With our Pale Ale and IIPA having withdrawn most of our funds from the dank bank we thought it was time to make a beer that brought something a little different to the table. Chock full of Centennial, Riwaka and Simcoe our IPA is bright, fruity and full of liquid fun."

Their new New Zealand Pale Ale is great as well. Every beer they put out is top quality. I'd love to know what they are doing in their dry hop process, they get insane hop aroma into the can.

I tried it the week after the they released it and was not impressed. I think they too would of been slightly disappointed with that batch to be honest. I will try it again just to double check however it was low on aroma, very low on late addition resins. Rated average.

I've had all the beers you mentioned apart from fixation which is on the list.

Not to get OT but if you can get a hold of Golden Road beers, then you will know what IPA should be.
B

Pirate Life are one of my favourite brewers though I didn't think that the IPA, though a brilliant beer, had the pop of their first 3 offerings and the NZ Pale which is brilliant as well.

A friend of mine sold them and set up their brewery and he said that the two head brewers where the quickest to get everything dialed in and up to speed.

Haven't tried the IPA although I'm keen to do so. The IIPA goes without saying that it's a belter. I'm indifferent about the NZ Pale Ale. There was nothing wrong with it but it didn't jump out at me like the IIPA did. But I had had quite a few other beers before so my palate was probably tainted at that point.

Had the IPA a few hours after it was canned. Super fresh. Super hoppy. Awesome beer, there session IPA is probably the best mid strength beer going around if you love hoppy beers.

The IPA is bloody magnificent! A 6 pack gets necked before bed all too often.

DrSmurto said:
Had the IPA a few hours after it was canned. Super fresh. Super hoppy. Awesome beer, there session IPA is probably the best mid strength beer going around if you love hoppy beers.
Click to expand...

Likewise. Interesting. Perhaps we were at the brewery at the same time. The Brewer, Red, did suggest he wasn't finished tweaking it yet. Their trademark is getting those hops to pop though. They are very specific with their levels of DO and the time the dry hops interact with the beer before being replaced.

I love their IPA! Magnificent beast of a Left Coast epic beer!

Want Some pity cannot get at Dan's so don't know where to find it.

Apparantly a 14% IPA at GABS this year wish I could go there too.

Tropical_Brews said:
Want Some pity cannot get at Dan's so don't know where to find it.

Apparantly a 14% IPA at GABS this year wish I could go there too.
Click to expand...

I had a 11.5% IPA yesterday, Newstead Brewery Four Way IPA. It wasn't great. I'm not sure IPAs should be (certainly they don't need to be) that level of alcohol. I think it's nothing more than a gimmick to be honest.

Reports so far have been good. My type of beer, a Barley Wine style IPA would be Magic IMO.

Can't help it drink 1L of wine with dinner 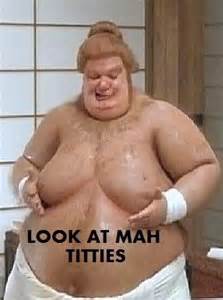