From The Sunday Times info of the new brewery at Palmyra.

With Bill's brother John, the trio established the boutique brewery with $2.5 million seed capital in December 2002.

It's taken a while to come on tap, but the brewery is set to launch its flagship product, Gage Roads Pure Malt Lager, next month. Initially targeting 20 pubs around Perth, the brewery will have a first-year run of 500,000 litres, with an eventual capacity of five million litres a year.
Click to expand...

mmmmm things are looking good for my perth move.
now if i could just raise seed capital of $2.5 million then the northern end of perth will be covered.either that or another life time up here.

When the boys left the 'Sail & Anchor' they didn't sell everything!
The took with them the Sail & Anchor "Pills" recipe and the "Seven Seas" Ale recipe. Hopefully these too will be making a comeback...

http://www.gageroads.com.au/
not much to be seen on there home page but its gunna be a very big brewery. 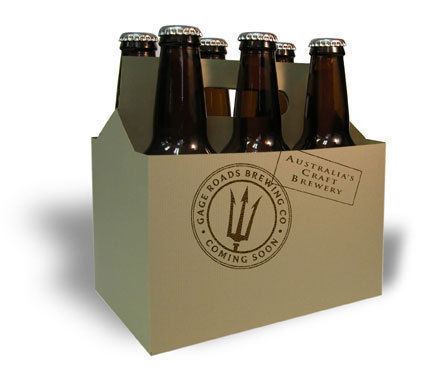