A monkey is sitting in a tree smoking a joint when a
little lizard walks past and looks up and says to the
monkey "hey! what are you doing?"

The monkey says "smoking a joint, come up and have
some." So the little lizard climbs up and sits next to
the monkey and they have a few joints.

After a while the little lizard says his mouth is
'dry' and is going to get a drink from the river.

The little lizard is so stoned that he leans too far
over and falls into the river. A Crocodile sees this
and swims over to the little lizard and helps him to
the side, then asks the little lizard, "whats the
matter with you?" The little lizard explains to the
crocodile that he was sitting smoking a joint with the
monkey in the tree, got too stoned and then fell into
the river while taking a drink.
The crocodile says he has to check this out and walks
into the jungle, finds the tree where the monkey is
sitting, finishing a joint, and he looks up and says "hey you!"

The Monkey looks down and says "faaaaarrrrk
dude.......how much water did you drink?!!" 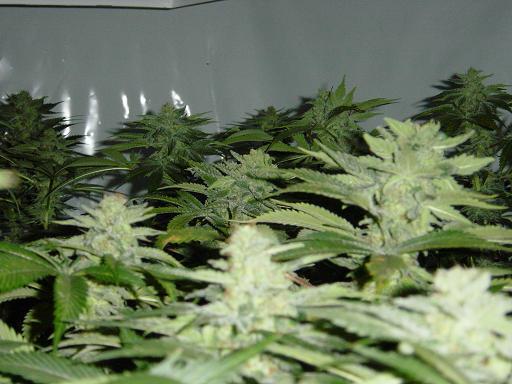 Jeez jayse, the Pride of Skunk is going well. You gunna hop with whole cones "Cheech and Chong Emoticon"

Adelaide hops are the best!

'pride of skunk'..loving it :super:

You should see my real hops, ones dead the others are growing at about a micron a week. By the way they aren't my 'adelaide hops' for all those brewers I have upset and are on the phone to the cops right now. h34r:


Living reflections of a dream.
Jayse

hahaha
<knock at the door>

so thats why my brews are shit and i cant get stoned ive been smoking the hops and hopping the hooch.
damm

hop with fuggles .smoke pride of skunkwood until they become (giggles)

Nice crop Jayse perhaps you could make some Brain Death

I am the lizard king ,i can do anything.

Who Is An Engineer...

10/5/20
Bennysbrews
B
B
Kegging and Odd Flavours