I'm looking for a simple app that will allow me to enter details of each brew that I make, forecast alcohol content based on fermentables/water, calculate alcohol content my og/fg, allow recording of special actions and then allow assessment of brw with comments.

Whatever I find has much much more than this but doesn't have everything that I want.

I would be grateful for some suggestions.
E

Wort, it's available on Android only though. It's as simple as it gets. Nice clean graphics. It's purpose built for phones so the UX is much nicer than some other ones where it's basically a website poorly reformatted for the phone.

Recipes are backed up into the cloud and can be exported as a XML file.

The dev team is fairly quick to update yeast libraries and new malts, but anything newer can be added manually.

I've used for 4 years now. There were the odd update bugs, but the developer is very responsive. And it's free.

What apps have you tried so far?
What are the special actions you wish to record?
B

Fro-Daddy said:
What apps have you tried so far?
What are the special actions you wish to record?
Click to expand...

I use a PV app called HomeBrewKitMaster; it only runs on WindowsNT and 32-bit. The developer hasn't supported it for over 10 years.
I simply create a Brew and record the following:
Ingredients added at which times of boil
Total fermentables
Yeast
Volume of water
Original Gravity
Date brewed
Brewing temp
Date of second fermentation
Other actions (I do four fermentations; the final; one being in a polypin (collapsable polythene beer sack like a wine cask)
Final gravity
Tasting notes
Drinking start
Drinking finish

The only clever things that it did was predict alcohol volume by fermentable and water and later calculate alcohol level from original gravity and final gravity.

I can easily build a spreadsheet to take this over, I would just prefer an app that I can run on PC and phone as I choose.

It also displays a table of all your brews from which you select a brew to edit.

I have attached a screenshot of the create/edit screen.

I played around with beer smith 2 its looks nice and I really like the inventory. I payed for the app but has no use for me...

if the grainfather app had an inventory function it will be perfect for me..

Mate I tried a few apps then asked a question on here similar to yours . Most apps were way to complicated for me all I wanted to know was abv ibu og fg and ability to save recipes. go to brewman.com.au when you sign up you get access to brewbuilder . I'm very happy with it
K

I just use a humble spreadsheet. 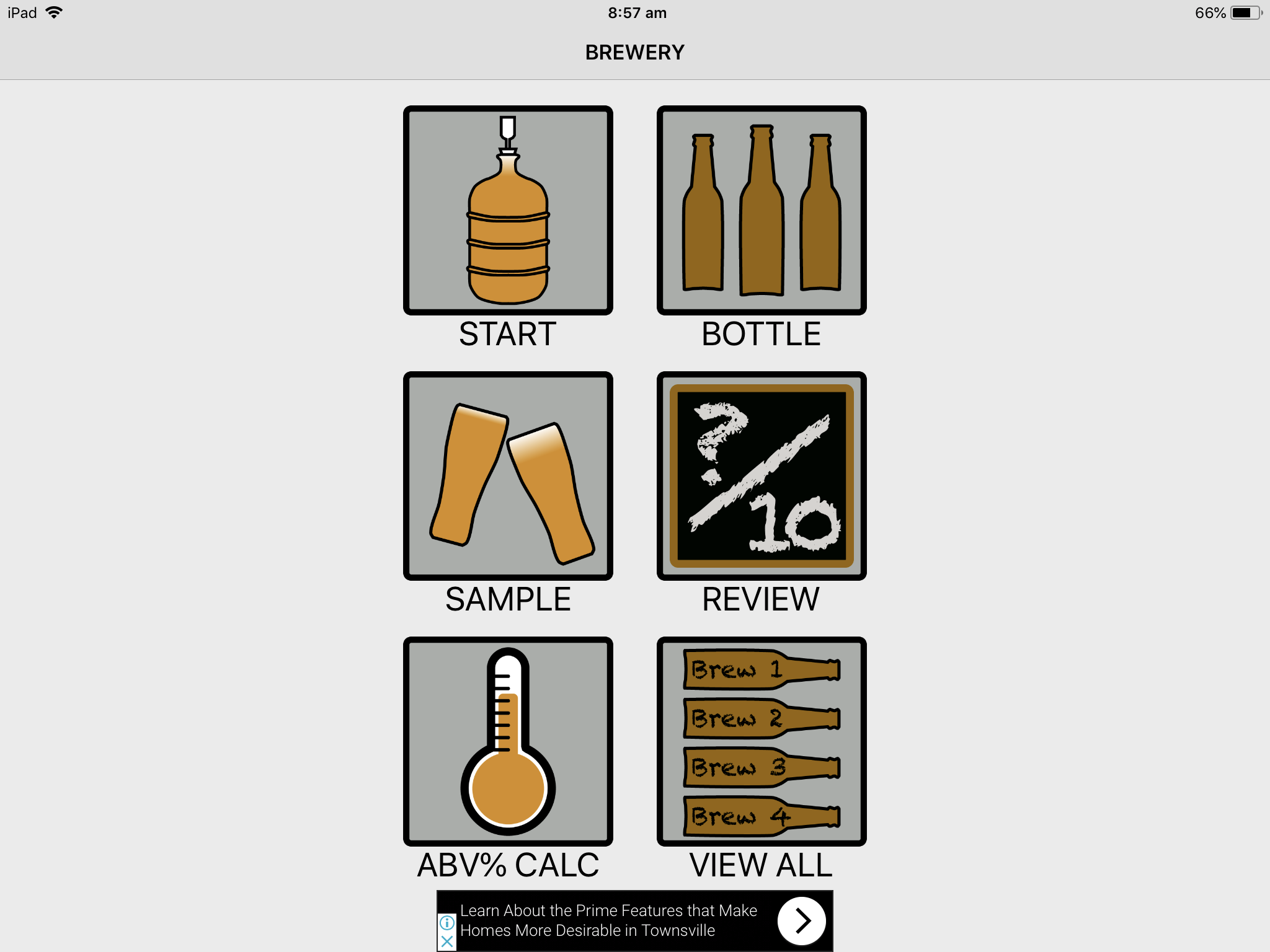 I have been using BrewMate for years. Free to download, able to create recipes and save recipes. And it is FREE!

To thine own self brew

I used to use Brewpal - great little app.
I now use Brewer's Friend https://www.brewersfriend.com/
The have an app, but I do my recipe creation (ingredient entry and calcs) on their website on my pc.
S

Have a look at brewviewer.com
It is fairly in depth and may not qualify as 'simple'.
Last edited: 15/5/18

GoodDuck said:
I used to use Brewpal - great little app.
I now use Brewer's Friend https://www.brewersfriend.com/
The have an app, but I do my recipe creation (ingredient entry and calcs) on their website on my pc.
Click to expand...

Can do everything you need to do with this software. Because info is stored in cloud it’s accessible from any browser.

Yeah I use BrewersFriend too, create recipes on my PC and then on brew day I open them up in Chrome on my phone and add mash temps or anything else to the notes sections. You can export recipes, generate a brewday checklist etc., I really like it. I hear the app version is rubbish though, it's really unnecessary if you have Chrome installed on your phone.