On our quick tour of Europe we stopped in the Czech Republic for 5 nights. making two day trips out to see the main breweries, Budweiser Budvar in Ceske Budejovice and Plzensky Prazdroj (Pilsner Urquell) in Plzen (Pilsen). We also popped into a brewpub in Prague, however I thought most of the beers tasted like a base lager with flavour syrup added as hence have mostly forgotten the place.

The guide books we read regarding these two tours were very keen on the Pilsner Urquell tour and dismissive of the Budweiser Budvar Brewery tour. We found that this is not the case as both tours are interesting in there own right and the tour staff we very friendly just not very technical.

Ceske Budejovice, is roughly a pleasant 3 1/2 hour train ride from Prague (Pilsen is a 1 1/2 hour train ride). With trains running hourly when we went. Budweiser Budvar brews tradtional Czech lager, a dark and two pale versions, one slightly weaker than the other. The US rice lager that shares the same name is no relation and would love to shut this brewery down if allowed. Budweiser Budvar has been nationalise to stop the makers of US rice lager takeing over the brewery and shutting it down, or so I was told.

Both breweries use a triple decoction mash schedule pumping the decoction portion to a kettle then pumping it back to the mash tun. The kettles seem to act as both mash tun and kettle.
We toured the Budvar Brewery on the German language tour (we had missed the English tour), however the Germans could speak English and were friendly. The Budvar Brewery, though large had a family run atmosphere, whereas the Pilsner Brewery was more Disney (where the tours started it was called Beer World).

Both breweries end with tastings from the lagering tanks or barrels. At Pilsner Urquell, they take you through the cellar/tunnels which are no longer used for commercial production, however they still brew there in barrels so that they can compare the product fermented in modern equipment with the beer fermented and lagered in the traditional barrels.

The first two photos are from the cellars at Pilsen, tasting (maybe I shouldn't have taken that photo) and the open fermenters (primary) of the traditional control version.

Budvar started production in 1895 and the location was selected due to the availability of suitable water (the well is part of the tour), Pilsener is also rightly proud of their water (the Underground Pilsen tour in downtown Pilsen of the medieval underground tunnels and wells gives a bit of an insight into the water of Pilsen.).
Budvar produce 4 brews,
Budwieser Budvar Free (0.5% ABV)
Draught Beer 10degree (4.1% ABV) what you are generally served from the tap in the Czech Rep
Premium Lager Beer 12degree (5.1% ABV) mainly for export, this is what we tried from the lager tanks, and in the pub attached to the brewery where is served unfiltered (the Special).
Dark beer (5.1% ABV) this might have a style name, however the Czechs just call it dark (and the pale lagers, light)
BUD Super Strong 16 degree(7.2% ABV) for the Russian market.
CO2 from the fermentation process is captured and used in bottling. 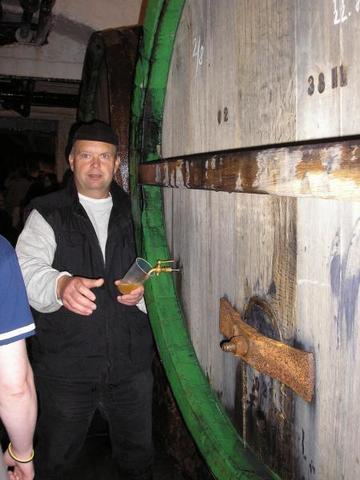 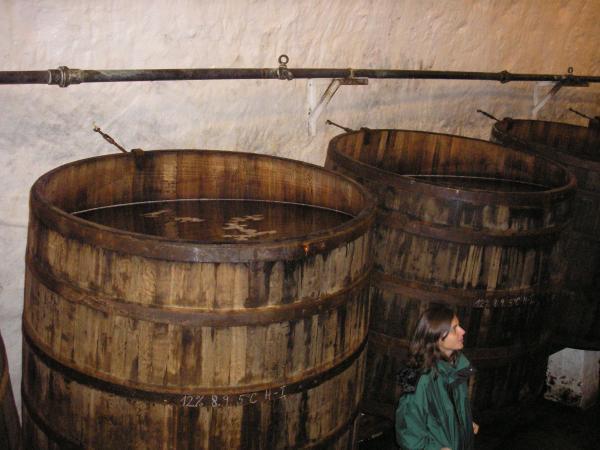 These photos are from Budvar. The kettles, hops going into the kettle, tastings from the lagering tanks and the impressive bottling plant. It was amasing watching the used bottles being sorted, cleaned, filled and palletised (new word we learnt at Budvar) all by a huge machine.

Both breweries also have their main lager available in unfiltered form. Unfilter Pilsner Urquell was also available at the pub attached to the Beer Museum in downtown Pilsen. 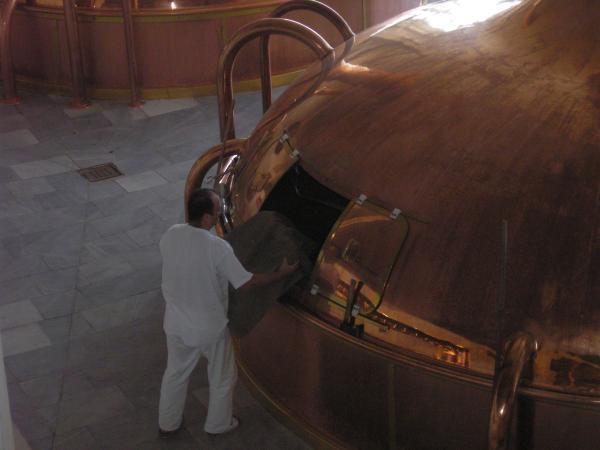 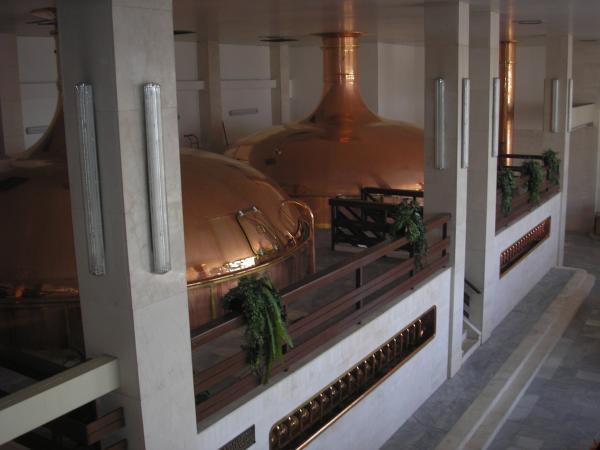 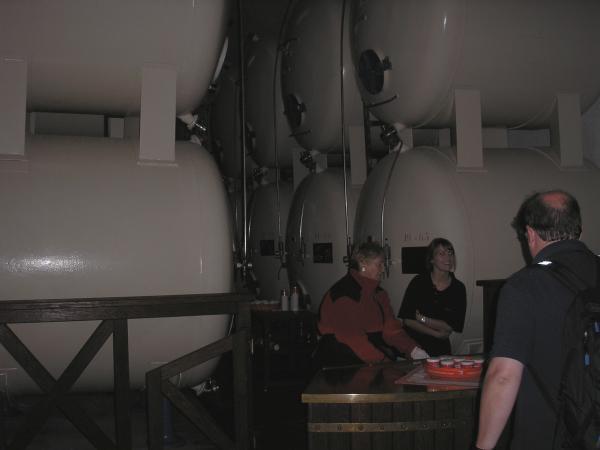 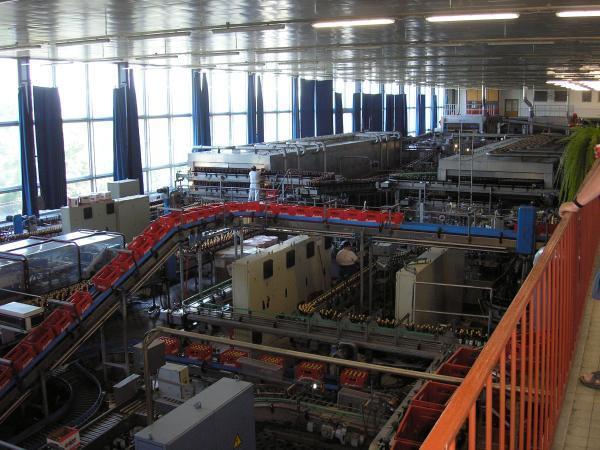 Top stuff Nonicman :beerbang: Thanks for the Pics and for the reviews. As a Czech Pilsner lover I'm almost drooling... Would love to get back there again

Nice one! Did you try the unfiltered Budvar available at the brewery restaurant? I liked that one a lot too...
N

Malnourished said:
Nice one! Did you try the unfiltered Budvar available at the brewery restaurant? I liked that one a lot too...

I had to try it a couple of times just to make sure it really was as good as it tasted. :beer:

That looked like some really interesting tours nonicman. You gotta love a good brewery tour, especially when there's free samples.
I have to wonder how many infections they get with those open fermenters though.

vlbaby said:
That looked like some really interesting tours nonicman. You gotta love a good brewery tour, especially when there's free samples.
I have to wonder how many infections they get with those open fermenters though.
Click to expand...

The apparently unlined wood is probably more of an issue.

At least one of the large Czech breweries (Staropramen I think) was reported as fermenting all their beer in open square (concrete) fermenters.
N

Sean said:
The apparently unlined wood is probably more of an issue.

At least one of the large Czech breweries (Staropramen I think) was reported as fermenting all their beer in open square (concrete) fermenters.

On the tour they did have a bit regarding coopering and the management of the barrels, which included lining. I know pitch was mentioned but I not sure if that was in the historical context or if I have mixed up with another tour and they may use something else now.
However I can't vouch for the state of the pictured barrels but the room smelled good, and the samples we were given from the pictured lagering barrel tasted good. :beer:
You must log in or register to reply here.
Share:
Facebook Twitter Reddit Pinterest Tumblr WhatsApp Email Link