Anyone hear made the leap from one system to another and comment why they did it?

I own a 50L Brau, but there are certain aspects about the Brewmagic which appeal to me (obviously not the price).

not happy with the brau micblair?

No experience here on either system, but it would seem at face value that they each have their pros and cons, being completely different types of systems.
Which one is better is the one that suit your needs/wants.
M

The Brau can make superb beer don't get me wrong, and anyone who's used it can't attest to how easy the brew process is. In fact I went straight to All Grain with no prior brewing experience.
B

As a full volume BIABer I see the Braumeister as one step up, due to the recirculating feature and the programmability if that's a word :lol: If I had a spare four grand or so I'd actually get one. For those who were around the forum at that time, BIAB actually arose from the BM in the sense that "hey this single vessel system actually looks like it works, I wonder if we could build something similar at home". I would regard the Sabco as being possibly just a step sideways, not upwards.

With the exception of HERMS and RIMS, most 3 vessel systems are based on traditional mash tun brewing. When all grain home brewing became popular from the 1970s onwards the holy grail was to shrink a commercial brewery into your garage. Commercial breweries used the HLT -> mash tun -> lauter tun sometimes -> kettle system because that was the only way at that time to brew enough beer to keep a village or a small town supplied. As home brewers we don't actually need to follow that technology because we aren't brewing hectolitres. So we are comparatively flexible and can do weird things like removing the grain from the wort (BM and BIAB) as opposed to removing the wort from the grain. This "thinking outside the box" solution only became the bleeding obvious a few short years ago.

To me, the Sabco and other one-level or three on the tree style breweries, whilst making good beer no doubt, are still trying to emulate: 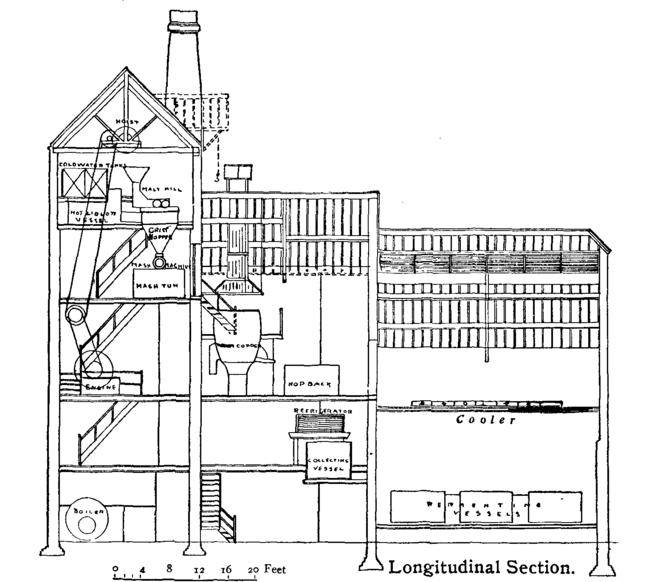 if money was no object i'd be sending beerbelly an email.. it would certainly have a more professional finish and comes with chiller and a water filter

Would probably take the same time to get it as importing a sabco!

Agree with what Bribie said but I rather like the idea of a Brewery in miniature myself.

I like the idea of progressive upgrades to full commercial shed brewing, even if it might never happen for me.

Braumeister is a fairly locked in process, which can be great to get going quickly, but has its flipside too.

Just my pov, honestly I think it's a definite win win scenario.

What do you need/want to do that the brau doesn't?

Braumeister is a fairly locked in process, which can be great to get going quickly, but has its flipside too.
Click to expand...

I like the Braumeister because it is not a locked in process, but that's just me. I did have a 3V that did everthing that the Sabco does but with a little more hands on, very happy with what I brew with ATM.

I had a 3v system, abeit not as shiny as the sabco, but got rid of it for a BM.
The BM works for me as I live in an apartment and I hated the cleaning of a 3v.
The only limitation with the Braumeister is doing all grain high gravity beer quickly. I've done double mashes for Dopplebocks, added DME for Russian imperial stouts and Belgian dark strongs, and added dextrose for Triples, Dubbels and IIPA's.

The reality is also how often are you going to be making high grav beers?

Waiting for Ross to weigh in, from what I understand he had one of these, and obviously stocks Braumeisters.

Equipment For Sale 20Lt Spiedel Braumeister plus all the trimmings - Brisbane