Noob What Craps On A Bit

May I recommend keeping it around 5%. Mine ended up 6.75%, and three pints of it is a bit much in an hour, but easy to drink that fast

MTB, the recipe is based primarily on Greg Hughes. I use a basic app and I'm unable to copy and paste it like the more fancy brew apps other members use.

Typed up the old fashion way like a Durden Park circle recipe...

The fermentation schedule is based on Brulosophy fast lager.

The head retension wasn't great and towards the end it looked like whisky. I don't know if it's the recipe, Biofine or a combination of both.

Much appreciated mate. I think I'll brew both your recipes this holiday season.. I know I'll need the stock

Where does everyone buy their Biofine? I can only find it at Craftbrewer.

I have found Hoppy Days the best price for Biofine(Brisbane) if I remember around $45 per litre plus freight.

I'm a bit nervous about buying anything over 250ml ATM, after chucking almost a full bottle out.

I keep my bio in the cupboard with all my other salts, acid, whirlfloc, etc, etc. Anyway, got it out last night and held it up to the light and all looks good. I have 2 ales CCing ATM, so I gave each FV a gentle swirl and added 10ml of bio each. Will report back once I transfer to kegs.
@Batz, I hear what your saying about racking to secondary, I moved away from that step years ago because of the oxidizes problems I was getting, so I'm reluctant to go back. However, if this doesn't work I will rack but only for the kegs that need to travel. Cheers.

hairydog said:
I have found Hoppy Days the best price for Biofine(Brisbane) if I remember around $45 per litre plus freight.
Click to expand...

Cheers! Just placed an order to try some!

20 homebrewers, $8 per kg and must buy a pint on pickup from brewery

Inspired by the fearless and peerless brewers before me, I jumped on the Biofine Clear bandwagon to see what the fuss was all about.

I'm not too hung up on the aesthetics of a clear beer, and I have always been happy with how clear I can get it with the only additives of time and temperature, but I figured that a rushed Pale Ale for the upcoming first Ashes would be an appropriate test, pun intended.

First pour (after pushing through the previous Red Ale in the line), exactly a mere 24 hours in the keg. 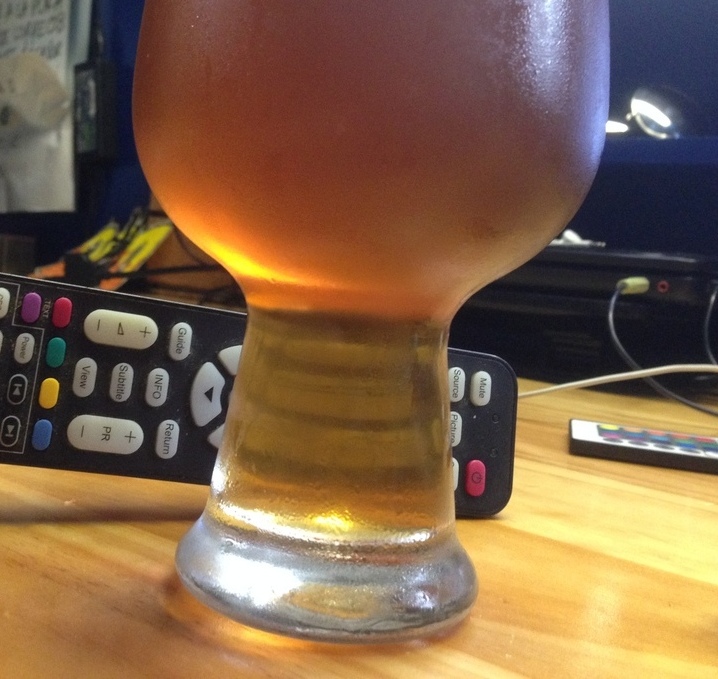 Admittedly, whilst it's my favourite glass to drink from, it's not the best for taking photos of clarity through condensation on an overcast and rainy day. It was actually crystal clear. 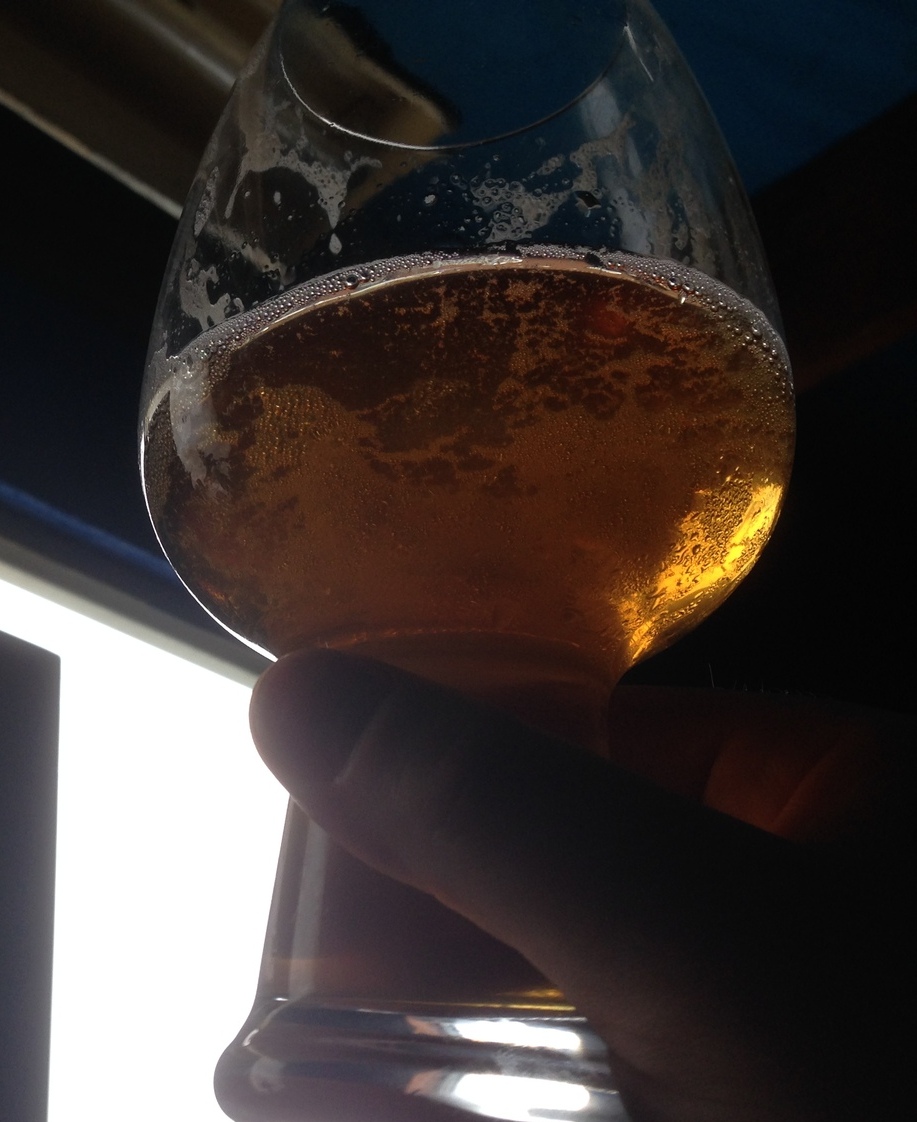 That's the remnants of the head from underneath.

I followed my usual regime, except after cold crashing in a conical, I racked 24L onto 15ml of Biofine mixed with 200ml or so of boiled water, two days in the plastic fermenter and then kegged.

I have the exact same recipe (apart from a maltster change for research purposes) following in 5 days time. I will opt for 10ml with that one. Maybe less. The sheer amount of sediment it dropped at the end was astounding.

Whilst not a game changer for me, I seriously like the option of being able to tap a beer within a day instead of the 2 week slow-carbonation/aging method I have trained myself to employ and enjoy.

Cheers for the heads up on the refrigeration, Batz. I was umming and aahing about whether to chill it for days until you reported your unfortunate incident. Thanks a lot for that.

Oh, and I always bottle a few samples of each brew for posterity. I was a bit worried after the amber PET bottles looked to have nothing but coloured water in them, but there was enough active yeast left to kick carbonation off. The bottles were tight within an hour or two. Magic stuff.
Last edited: 19/11/17

What about this stuff called polyglu ?

Don't know enough on the subject but couldn't it help in floculating yeast , hop matter etc . Or am I way off the mark ?
B

48hrs after kegging with biofine.
This beer is from a cube that was from a 100Lish batch that had over 1.5kg of hops 1kg of that being galaxy flowers into the whirlpool. Plus 25g keg hop.

Very impressive and coupled with pressure ferment , this is one cracking beer.

Is it knock off time yet? Bah, not even lunch time

What's everyone's dosage rates on Biofine? I started on the low side, 5mL per 19L, but am edging toward 10mL and am considering higher again to get that crystal clarity in a short timeframe.

24ml per keg for the two APAs I kegged up yesterday. I want it to be commercial-grade clear. 24ml because my syringe goes up to 12ml and I just bout a whole litre of it.