Yeast Plate Grown Out For Over A Month

As a control I cultured this plate for over 1 month to see if anything else would grow. The plate was left a room temperature (about 23*C).

OBSERVATIONS
-After about 3 weeks a small number of the colonies turned dark.
-No signs of any other growth.
-Colonies began to collapse after 3 to 4 weeks. The nice dome shape tops began to fall inwards.

GENERAL DISCUSSION
-pressure cooking my plates with media (wort agar mix) has reduced infected plates. (I have not had a single infected plate since.
-Long term storage plates are not advisable.

New crazy ideas
I have pulling out all the media and putting in the bin when finished. So little of the nutrients must be used (I assume the yeast can only feed off the surface of the medium). Why not collected the media heat it to boiling and pressure cook it for a second round. The residual yeast would provide a nutrient rich source like a YED (yeast extract and dextrose medium). Downside of this is that I could get cross infection, however that would indicate that my pressure cooking is inadequate. Upside, quicker to prepare the second time, and cost saving (non significant). For slants it would even save measuring it out, just jam them straight back in the pressure cooker. 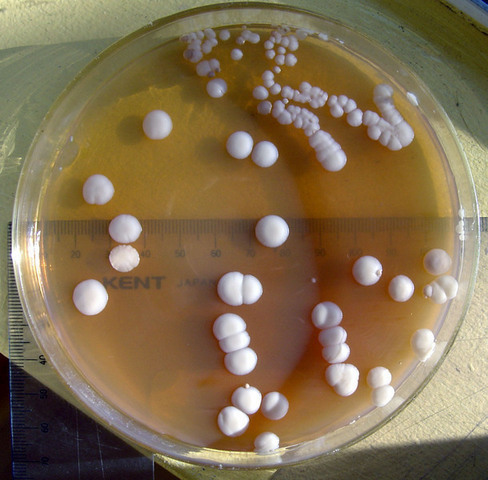 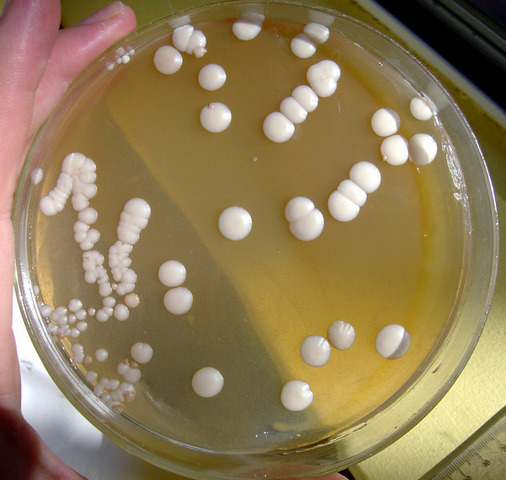 I am not yet ready to start plating, etc , although, got most of the bits and pieces. Having said that, I thank you for your input for it gives me a reminder that I must look into this kind of thing very soon. A very good photo by the way.