Where To Buy A Nasa Burner

Hey guys I've been ringing all over the place looking for a nasa burner (sponsors, beerbelly etc.) but noone seems to have them.

The lady at beerbelly said something about them now having to be approved and its pushed the prices right up.

Has anyone seen them for a reasonable price anywhere? preferably around Sydney but im happy to pay shipping.

BCF is the only place I know of in Australia, otherwise import one from the US. I've got details on my website about the Us ones under homebrew/howto/lpg burners

QldKev said:
BCF is the only place I know of in Australia, otherwise import one from the US. I've got details on my website about the Us ones under homebrew/howto/lpg burners

Thanks mate that looks awesome.

I think I'll be getting them from the US as the check from Beerbelly said BCF sell them for well over $100 now.

Are the adaptors for the US to AU conversion hard to come by? and has anyone got back to you about those other 2 sites that you have links to on your site?

The BCF ones come with NASA + reg + hose + stand (good for up to about 50L pot from memory) so it's not as bad as it first sounds. Also they are a decent cast on the product, and have local support / warranty. Generally a nice easy reliable purchase.

For sizes, if you just get the NASA from the US and the reg and hose from Aus you will be ok (last time I checked Auscrown was cheapest). There are only 2 sized fittings for the hose to NASA I know off and depending on which one you have BBQ Galore sell the adapter for a couple of dollars. If you have a look at the first pic on the lpg burners page you can see the adapter between the hose and NASA.

The person who got the defective NASA from the US ended up with a BCF NASA and was happy with it. Personally I think if I wanted the stand I would be straight to BCF, even if you make a full brew stand up later, the flame guard from the BCF stand can be reused as a bonus.

I haven't had any feedback on the other US sites.

I recently got one from bfc, for Father's Day and it cost $110
Just ask what's the best price they can do?? 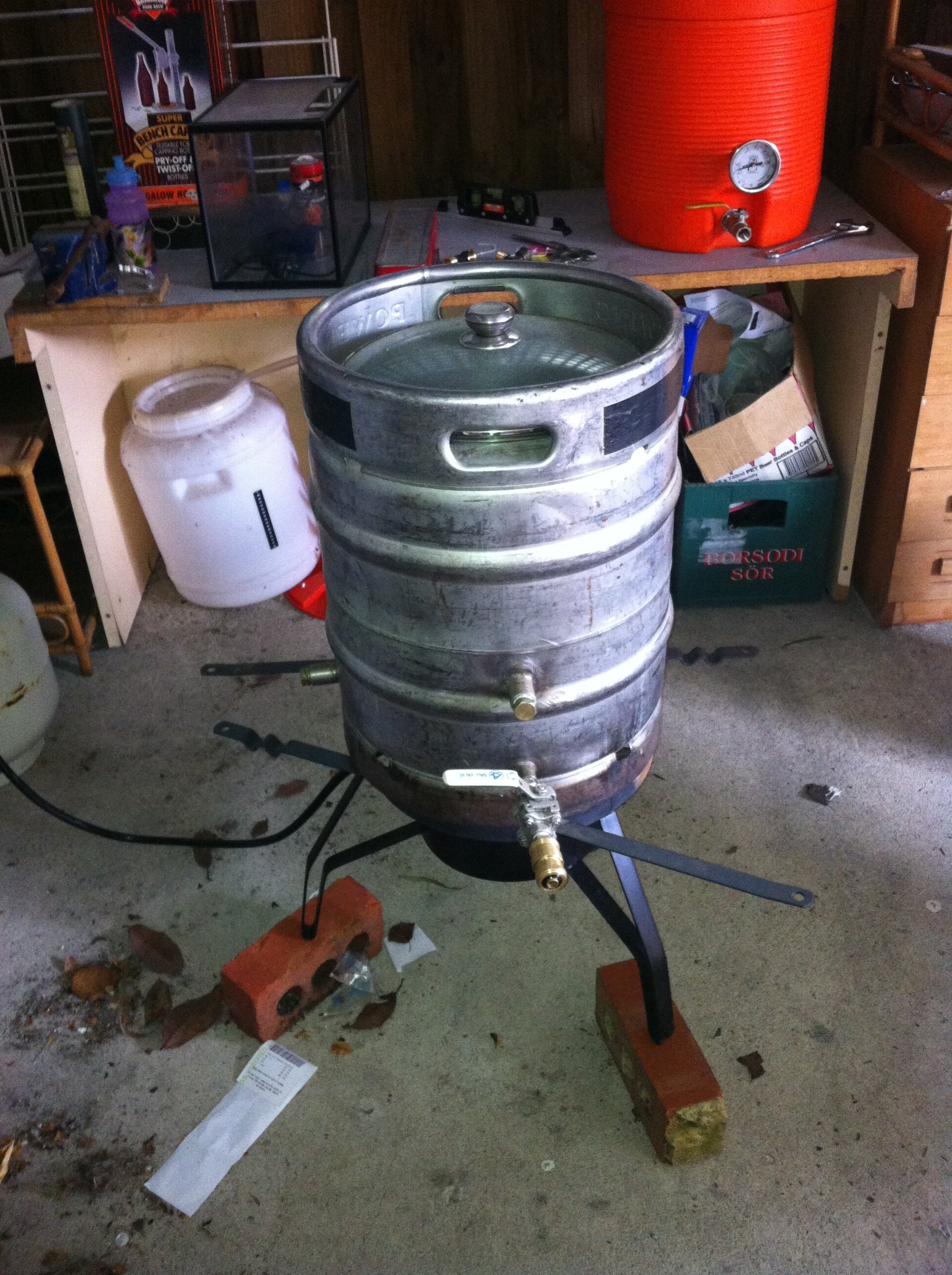 I recently got one from bfc, for Father's Day and it cost $110
Just ask what's the best price they can do??

Yeah I planned on doing that.

I just rang them up and they said there price is $169 which is the cheapest ive seen in AUS so i'll see what I can do if I ask for floor stock or something.

Do you reckon that stand would have any trouble holding a 50l keg for a 40l boil? The ad on the anaconda site says max 22cm dia pots and a keg is bigger than that.

I just use 2 bits of flatbar to support the keggle, no dramas yet 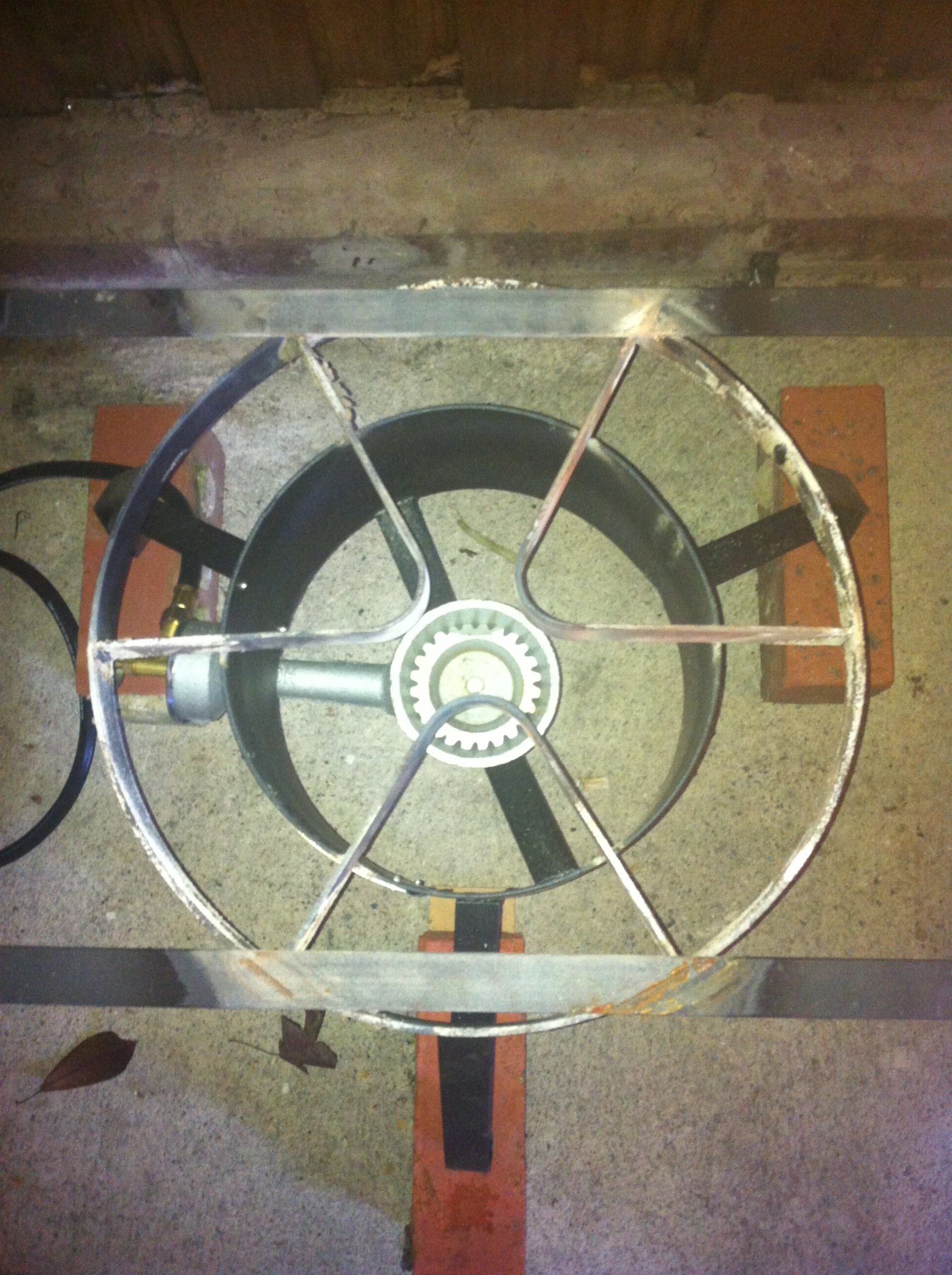 cheers spork
Its amazing the price difference between here and there.
I might see how good my bargaining skills are at bcf first but for the price NASA seems to be the was to go as I don't really care about the noise. saying that I haven't heard one yet

Or i've just found you can get the burner itself only for $30 landed
http://www.amazon.com/Bayou-Classic-BG10-C...ds=banjo+burner
Last edited by a moderator: 27/10/18
D

yeah I saw that myself after reading reviews of the sp10.absolute bargain if you could knock up a frame

Just one word of caution.

A mate didn't get any jets in some ordered from US a year or so ago. Easily found correct size here though.

just went to bcf and they wouldn't budge from their price of $169, even after I showed them I could get it delivered from the US for $100. I wasn't asking them to price match but I would have taken it for $150.Oh well their loss I guess, Just placed my order on amazon so lets see how long it takes to get delivered.
Still can't believe it's almost half the price and they wonder why we buy online from overseas instead of getting it locally

Let us know how it fits up to the local LPG bottles.

Just got home from Anaconda, where I bit the bullet and bought myself the 'NASA' Burner:

he did not want to budge on price at all, assuring me that they have no need to discount them, they will sell themselves... blah blah....

after what seemed like an eternity of haggling and asking for his best price, he finally dropped it by 15% taking it from $179 down to $156.

still more exy than the US import, but a bit less stuffing around.

oh and I just fired it up for a test run.... I see what people mean about the noise. The missus came running out of the house yelling "what the **** is that?" mission accomplished. Awesome.

except now I have to get a fire extinguisher and blanket before she will let me use it again!!

Wait until you throw a pot of water on it and crank it up. Guarantee you will overshoot the temps the first couple of times :lol:
hint: If you have it cranked up using a stainless pot, you will still get 5c extra after you turn it off as the water absorbs the heat from the pot.

I was running 2 x 150,000btu version of the burners under my pot. Didn't take long to get 100+L to strike temps. I'm running 6kw of elements in it now and they don't even match the output of 1 NASA.

You've got a awesome bit of gear which will last many good years of brewing.