We Have No Bananas Today!

Brewed a twocan. Cans each of Coopers Pale Ale and European Lager, 1kg of BE2 and 1kg of dex. Boiled up the BE2 and dex with 4 Habanero chillies, a few cloves and a stick of cinnamon. Removed the chillies when loading the fermenter, but left in the spices. Then the two cans, followed with cold water up to 25l and a packet of (Coopers) Dark Ale and the Pale Ale yeasts. OG was 1067.
It bubbled away nicely for while and then I put in the hops (dry pitched, of course). Amarillo and Pacific Jade as well as an extra can of light liquid malt and the European lager yeast.
Ended up with an FG of 1011 and bottled in a variety of containers (as I didn't realise I was short), even a few in PET.
Now, I'm not exactly sure of the temperature, as the thermometer that was stuck to the side of the plastic fermenter chose this brew to give up. I believe it was about 25 at initial pitching, and room temperature probably varied between 15 and 21 depending on the day.
First few tastings, bearing in mind it's only about two months now, were from the PET bottles. Quite a lot of the chilli initially, but mellowing out in subsequent bottles, the rest was a remarkably balanced ale-like beer. Remarkably light, considering the probable alcohol, but it filled the mouth nicely and had a nice after taste.
But, we tried the first of the bottles a couple of days ago. Very similar in construction, but a lot of banana. And not bad or rancid banana - it was pretty 'fresh' and 'just ripe'. Once the surprise was over, it actually tasted quite good. Certainly there was clamouring for more once we'd finished.
I've read a few posts, and this looks like the fermentation was at too high a temperature. Which yeast was at fault? All of them, the Coopers ale yeasts, or the lager yeast? Or was this just a case of - cheap yeast/high temp = bananana!

From what I've read and been told, over 20 creates bananas from that yeast - as you said its not unpleasant but not what you would except either.

I am not sure which would be the culprit but I would say try to keep both under the 20c mark.

Temp sounds most likely but I'm surprised you can even pick banana out in that anyway.

You get that recipe from the NASA brew book?

I like a beer, but I'm not really into the stuff you can get in the shops (unless we're talking about a nice heavy vintage beer). I like ones that you can lay down for a while, and that you only need to have one of. So I go for the fairly strong and flavoursome. Not necessarily matching to any known current style - and I'm not that much of an expert on those either.

But, for this and subsequent twocans - I'm not aiming for sweet. And I'm not getting it either (actually, I think the last can might have been a can of Tooheys liquid brewing sugar, not malt) as they're all turning out fairly light in character, good mouth, tight (long lasting) head and great flavour. In this case, the flavour is a little unusual, but still tastes good.

I might try another similar batch now that it's winter in Melbourne and see if we can avoid the bananas. But I'll try it with all lager yeast as well.

Did I find your recipe generator?

Malted said:
Did I find your recipe generator?
Click to expand...

mabee you'd be interested in my all electric brewery?
cheap and only draws 50 watts! 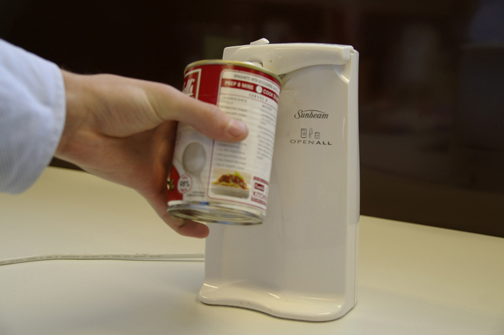