The Irony Of Beer 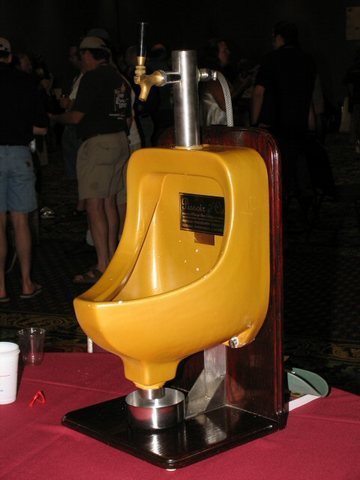 Aaah, now I know why they call beer PISS.

So THAT'S where they get VB from!

It also reminds me of a joke I heard once.

Q. Why do you piss more when drinking beer ?

A. Because your piss doesn't have to stop to change colour :lol: :chug:
T

Talking about piss, there was an Indian prime minister a few years ogo who was a health freak, it was well known that he drank his own urine every morning as part of his daily routine, Gaugh Whitlam was over there and went to see him on an important matter at 7.am one morning, when Gaugh was asked by a reporter on his way there why so early , Gaugh replied " Well I would like to see him before he gets on the piss' {True story]
You must log in or register to reply here.
Share:
Facebook Twitter Reddit Pinterest Tumblr WhatsApp Email Link