Shag Beer To Be Banned ?

AMSTERDAM An Australian government minister is planning to ban the sale of a Dutch-made beer known as 'Shag' a slang word in English for having sex.

However, Dutch brewery Alfa has downplayed the controversy as nothing more than "a storm in a glass of beer".

Gaming and Racing Minister Grant McBride has vowed to ban sales of the lager, which has a 5 percent alcohol content and is being marketed worldwide with the line 'Fancy a Shag?'

"I'm outraged by this product. To name the product Shag links it directly with sexual intercourse and that's not on," McBride said.

"It is irresponsible to link alcohol and sex so blatantly. It flies in the face of safe sex and responsible drinking campaigns that various governments have been advocating for the last 20 years."

The bottle of the beer is shown in advertisements on the back seat of a car, with the accompanying caption 'Fancy a shag?'

Others show a bottle on a sofa, a kitchen table and against a wall with the same caption, newspaper 'Sydney Morning Herald' reported on Sunday.

Alfa which is based in Schinnen in the province of Limburg said it was approached a couple of years ago by a British entrepreneur who offered to sell Alfa beer under the name Shag.

In the past two to three years, the company has dispatched 20 to 30 containers across the globe, each of them holding 35,000 bottles. "For us, it is a small part of the turnover," an Alfa spokesman said.

Shag's Australian distributor, the Kollaras Group, said the beer is named after a shag, the bird which features on the bottle's label.

Austin Powers, the fictional 1960s, sex-obsessed secret agent created by Mike Myers, popularised the catch phrase "shagadelic" as a means of expressing approval in three hit movies. One of the movies was called "The spy who shagged me".

Shag is also a term used to describe rolling tobacco.

Sounds like the Minister of Planning is a real hoot

He would be about as much fun as a stuck sparge <_< hey johnno?

A shag and a shagin' wagon.
Thats what he needs. 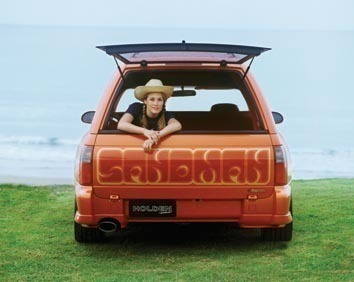 anyone know what it actually tastes like? Never tried one before...
T

Doc said:
Shag's Australian distributor, the Kollaras Group, said the beer is named after a shag, the bird which features on the bottle's label.
Click to expand...

Quite clearly an over reaction by the government. Kollaras have explained that's it's just an innocent beer named after a bird.....

That from your album Johnno? :wub:

warrenlw63 said:
That from your album Johnno? :wub:

facter said:
anyone know what it actually tastes like?

Stone the bleedin' crows, somebody needs to tell this galah to stop being such a boobie. It sounds like he doesnt mind a cockatoo.

In honour of this news, my next beer shall be named 'the red breasted tit', in recognition of ornithological endeavours.

I wonder what this guy would make of Monty Python's Chateau L'Egeaupneu (sp?), said to be able to prise open the thighs of even the most reluctant Aussie sheila. With as I recall, the rider that if the contents don't work you can always try using the bottle.

Doc said:
Shag's Australian distributor, the Kollaras Group, said the beer is named after a shag, the bird which features on the bottle's label
Click to expand...

Is the shag on a rock? :lol: The minister's comments might be on the rock next to it?

Tidalpete said:
[ The minister's comments might be on the rock next to it?

Just got the boys out looking for it now. 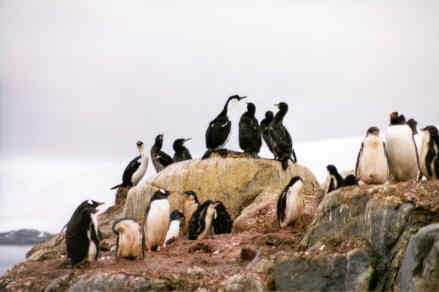 Tidalpete said:
[ The minister's comments might be on the rock next to it?

Just got the boys out looking for it now.
Click to expand...