Re-Using Yeast and How Much?

I has harvested the yeast out of a 6 pack of Coopers Mild Ale and thought that this would be the perfect time to try and re-harvest the yeast from the brew that I created from it.

The day before before kegging, I boiled several jars in my brew pot with a couple of litres of water to steralise them and the water. I also steralised the lids and put the lids on these jars to keep the water sterile. After kegging and leaving as little beer as possible without too much of disturbing the yeast cake I tipped the jars of water in, gave it a good swirl and then filled the jars back up with the yeast and the water.

I then left these jars for a while (in the fridge) and it has given me 3 distinct layers. I have attached a picture.

I plan on putting this in smaller jars and storing them in the fridge. I guess my main question is; are baby food jars too small of a yeast sample when making beer. I will be getting rid of most of the liquid and possibly using 1/4 water to 3/4 yeast in the jar. I have also attaced a picture of a baby food jar for those that arn't familiar with the size (They were also steralised). 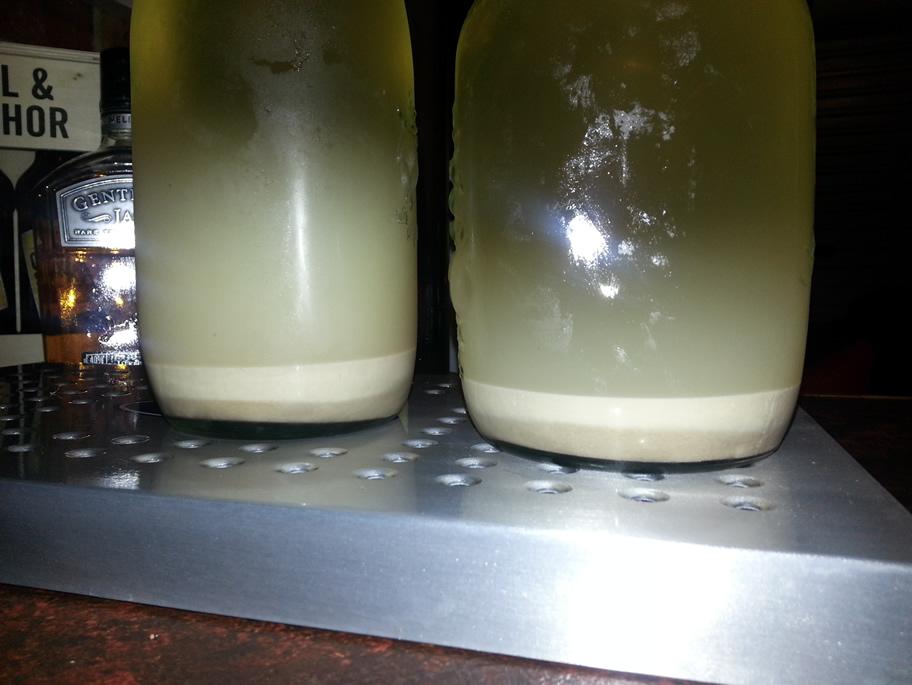 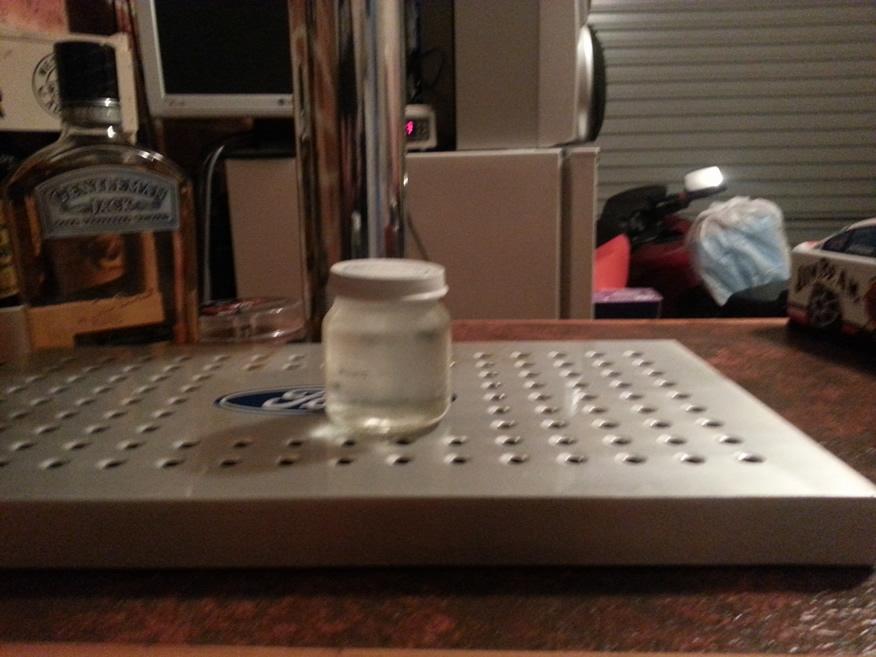 Make a yeast starter to build it up

Have a look through this thread: How much is too much yeast to pitch?

It has links and bits of info you might find helpful.
M

Thanks heaps. Mr Malty answered all of my questions.

I plan on putting roughly 70 - 80 mls of the compact yeast in the jars and using a starter when making a batch. This will help determine the viability as well as growing the yeast amount a bit.

I am also assuming that no one has any issues on how I harvest my yeast (I have never really done this before, just going on what I have read).

I'd be interested if there was some sort of calculator or formula on working out how much slurry to pitch. In my jars i washed a few days back i have approx 8ml of compacted yeast in 3 jars and just beer on top, i was going to use all 3 in a starter for my next brew of 1.080 hopefully that would be enough!

Mr Malty (as discussed above) has a slurry option.

lfc_ozzie said:
I'd be interested if there was some sort of calculator or formula on working out how much slurry to pitch. In my jars i washed a few days back i have approx 8ml of compacted yeast in 3 jars and just beer on top, i was going to use all 3 in a starter for my next brew of 1.080 hopefully that would be enough!
Click to expand...

One mL of well settled pure yeast contains around 2.5 billion yeast cells generally (see post) so if you're confident you have 8mL of pure settled yeast, you have 20 billion yeast cells there - use the MrMalty tool to figure ouit how many billions you need for your wort's OG and volume.

Thanks for the replys guys, just found this

In order to use Mr Malty or YeastCalc, you need to start by figuring out how many viable cells you have. Ideally, you'd count them directly... but few of us have the capacity to do this.

What I do is to start by figuring out how many mL of condensed slurry I have in the bottom of my pint jar. The easiest way to do this if it's a small amount is to set an identical jar next to it and add water until it's to the same level as the slurry, then pour out and weigh that water in grams---that's how many mL of slurry you've got.

The next question is how many cells were in there. To do this, you've got to figure out the density in cells/mL. Basing this on the book "Yeast" and the MrMalty documentation, if you have solid yeast, it's about 4.5 billion/mL, and about 1 billion/mL if it's a thin slurry. Mine are usually pretty solid, so I usually use something like 3 billion/mL as a guess. You've probably got 10-25% non-yeast mixed in also, so you ought to scale to account for that, but it's not really necessary given the other uncertainties in this process.

Ok, so you have X mL of slurry at Y billion cells/mL, so multiply the two numbers to get your cell estimate. Now you have to figure out the viability. You can get some idea by playing with the dates on the MrMalty calculator and watcing how its viability goes, but many people challenge the general validity of its model. I usually just assume it's between 50 and 100% and plan my starter steps so that I'll have an acceptable pitch rate at either extreme.

So, for example, on my recent rinsing, I had about 10 mL of compacted slurry, which is roughly 10 * 3 = 30 billion cells. I played around with yeast calc and came up with a 3 step starter that was right at the desired pitch rate for 15 billion cells (50% viability) and was about 15% high for 30 billion cells (100% viability). Using two or three steps will reduce your sensitivity to starting count somewhat. I think I used a 500 mL first step.

Hope that helps. It's not very precise, but I think it's about the best you can do short of counting cells.
Click to expand...

So i worked out by weighing an empty jar and then filling with roughly same amount of water and re-weighing i have about 40ml. Which by his calculations and mr maltys viability date (86%) i should have around 40x3billion cells which equates to 120billion cells (of around 103 billion viable)

After using the yeastcalc i need a 2.5l starter to get my required 368billion (ail get about 381 billion)

Does this sound about right?