Gday All,
Who amongst you have done this, see the photo.
:beerbang: 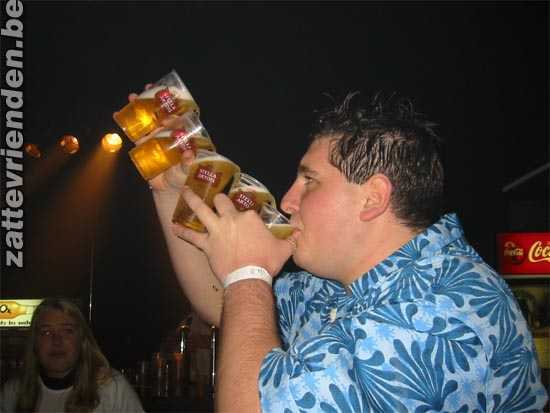 Call me an engineer, but I like the bit more technical approach.
From this thread

or even these ones from this topic

And dammed if I can find the thread of all the girls doing beer bongs.

Ah here we go from this topic

That has to be the sexiest thing ever posted on this forum Doc.

keng11 said:
Gday All,
Who amongst you have done this, see the photo.
:beerbang:

I had some others too, but the girls were at a beach party and wearing bikini's. Not sure is right for pics like that
Might have to try and dig them up though ......

The perils of censorship. I'll keep 'em smaller next time.

In it's simplest form it is/was called "shotgunning"

I can remember going on the late-lamented Fairstar on a cruise 20 years or so ago with a bunch of mates and doing this (what posessed me). :huh:

The idea is to get a pen, bore a small hole in the bottom of an aluminium can of beer (best when beer is fairly cold), keep your index finger on the hole, place the hole over your mouth, pull the ring on the top of the can... WOOSH!

Final result your cheeks and throat get expanded to buggery and you look a real picture with beer exiting from both nostrils. Better name would be an upper-body beer enema. B)

Most of these highly purile (could be mistaken for recreational) games are gleaned from rather low-brow American College films of the "Porkys" or "Animal House" genre. Generally involving spring break in Florida and women in various stages of undress that may or may not be censored from this forum. :beerbang: 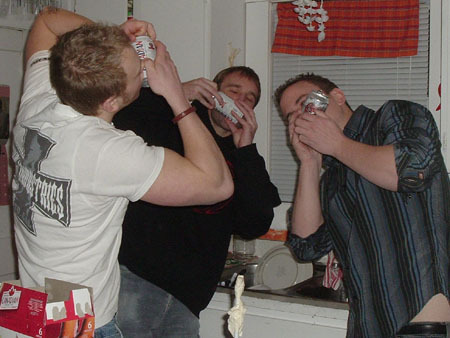 Warren, it was called a torpy (short for torpedo) where I did my university education. Same method, similar result. Sub 3 seconds for a can of beer.

Then there were the boat races. Each team had 5-6 participants and there were multiple teams per heat. Each team member had two measures (usually in a plastic cup around 400ml). You'd line up single file, and the first team member would drink his first measure and put the empty vessel upside down on his head, then it was the next team members turn and so on. The most highly difficult position was anchor man (end of the line) where you'd have to have two measures back to back, then the race continued back up the line. First team finished won.

Yeah, when I was at Technical College about 25 yrs ago we used to do the shotgun trick with a can, but some inventive guys called it a fire extinguisher as it was preceeded by a shot of flaming sambucca.
:chug: The things you do when young and stupid. Now that we are more mature we are not satisfied with acan of beer, we have to have a 20ltr drum of it.

Of course if you went to the Argicultural University futher up the island (Massey University in Palmerston North), then each of these events were then followed by a pelligan. You definitely don't want to go there !!!!!!

I remember from my Uni daze at Newcastle (NSW, not UK, unfortunately) that the Engineering fraternity used to hold regular "Fluid Symposiums".

What a great term/euphemism for a keg show! :beer: :chug: :beerbang: