No Chill And Hops

After a couple of very productive PM's with an experienced No Chiller I have purchased a cube and will set off over the hill to the wonderland of summer brewing.

I posted this request on a local forum but would like as much input as possible.

I've almost finished a reasonably comprehensive spreadsheet that I've factored in variables for the type of chilling done and ultimately how the chilling impacts overall bitterness. I'm particularly interested in NoChill Recipes. But the SS will also be useful for whirlpooling and plate/CFC.

If you have a couple of your recipes that have come out about the bitterness you expect would you mind emailing them to me.

As I said, I'm particularly interested in NoChill Recipes.
I've attached a screenshot to give you some idea of what I'm trying to do.
I have written the sheet such that an overall addition of time can be made as well as a further fine tuning time with each hop addition. I think this should help remove [for me at least] the semi guess work involved with the later hops.

If you can help would you also put just a short note in the email as to how you handled the hop additions. 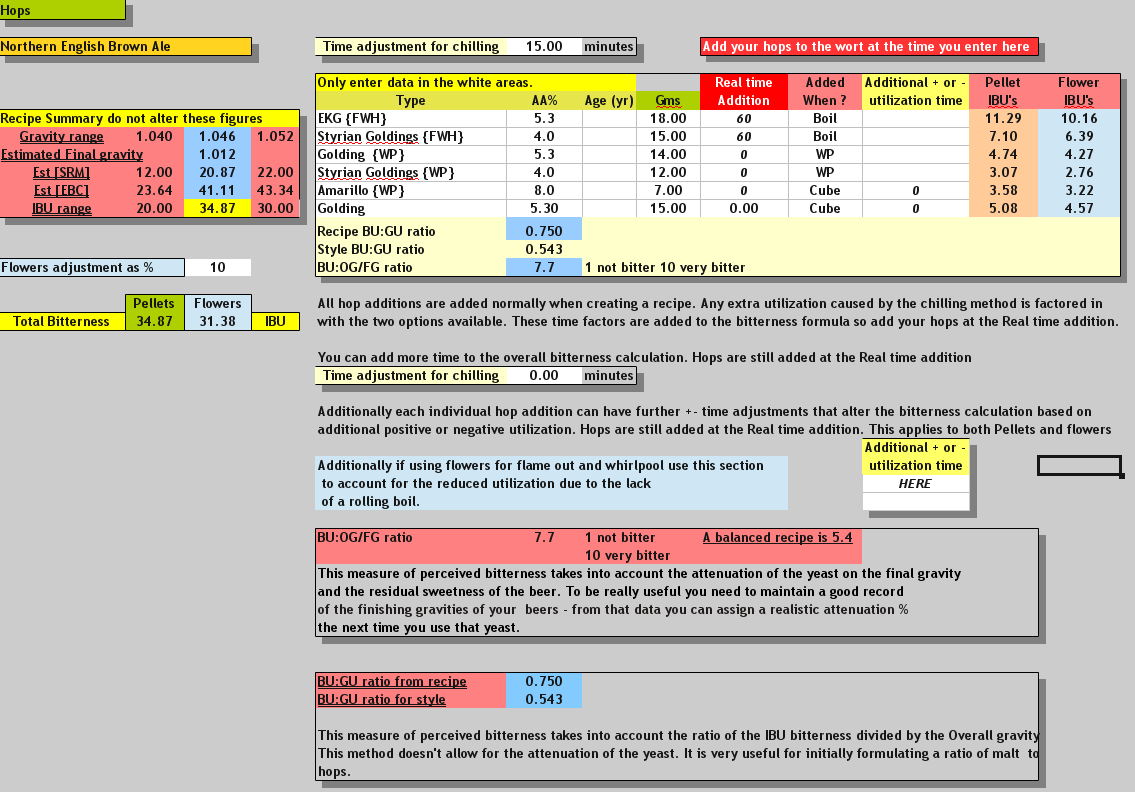 This adds nothing, but I find it ironic that a user named 'chiller' is no-chilling

I'm happy to email you some of mine but I'm still not quite clear on what it is you are chasing.

I design my recipes in a basic spreadsheet and make no adjustments for no-chill. I then brew as the recipe says and have a fair expectation of the resulting balance.

Are you after no-chill recipes that attempt to compensate and the user is happy they have done so adequately (in which case mine are probably not of use)?

I would be interested to have a couple of recipes from other brewers who use no chill along with their approach to hop usage so that I can enter the data in my SS to see how the calculations compare to the IBU's reported by who ever sends an email.

Eventually I may make this available to the wider community as a utility that can be used for any method of chilling.

vortex said:
This adds nothing, but I find it ironic that a user named 'chiller' is no-chilling
Click to expand...

It does actually. One more to your post count.

Did this a few brew's ago and it turned out great... doesn't get much simpler!!