Mould on kegs in keezer

Im having trouble with my keezer setup and having mould/mildew on the tops of the kegs.

Obviously beeing a keezer, the bottom of the kegs will be colder than the tops.

I got mould developing on the rubber of the tops of the kegs.

Any way i can stop this? Surely if i have the problem many others have.

Is it an air circulation thing? Do i need to run a fan in there sporadically to regulate the temp?

Any advice would be great.

Is your fridge drain blocked perhaps?

Get a spray bottle and give everything a blast with bleach. That should kill the spores.

A fan will help prevent mould even a tub of damp rid will work.

Vinegar spray instead of Bleach for something a little less toxic

Bleach just changes the colour of mould but doesn't kill it. Vinegar does.

Mould usually means that air inside gets moist and only happens if the unit does not seal properly. I would check the seals seal correctly and if you modified the original fridge/freezer in any way (which you probably have), make sure there is nowhere that air can get in once the unit is shut.

Being that it was a freezer they aren't designed to get rid of the moisture in the air, it just freezes on the wall inside, running it at the higher temp for a keezer means the moisture in the air will just settle and grow mold I've seen guys have success with a fan that just keeps the moist air circulating and not settling. I've gone the damp rid option wich works fine I do also give the inside a wipe down every now and then

thanks guys, i'll give the damp rid a go.

I currently use damprid which has worked well but I have these to try once I get everything back up and going at the new house.

Sort of like a rechargeable damprid. I've heard good things about them. 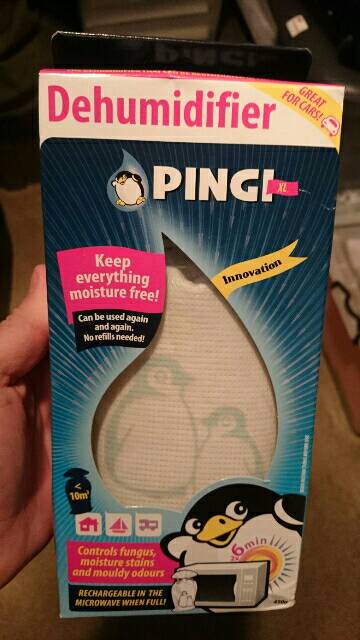 also remember to wipe up your beer dribbles

Bridges said:
Bleach just changes the colour of mould but doesn't kill it. Vinegar does.
Click to expand...

The issue and some solutions has been covered elsewhere, so I'll try some damp rid and maybe a fan.

My real question is regarding using vinegar to kill mould, seems like a good idea to spray it around the Keezer occasionally... Except for the fact that Acetobacter is used to make Vinegar and is the enemy of beer, so if sprayed around keg tops it's likely / certain that some Acetobacter will reach future beers no mater how careful I am.

Any thoughts from the seniors before I trial a vinegar spray?

I’ve not used vinegar on my gear so can’t comment Beermonster, but I do know that you can’t really get rid of any bugs unless it’s cleaned first then sanitised second. I would clean all the dirt/mould off with hot soapy water or whatever you prefer and then look at using a sanitizer.