So my girlfriend and I were sound asleep last night when at about 2:30am our housemate comes home from work and comes in and says "Guys, we have a bit of a flood". I crap myself thinking my fermenter has exploded or something (my fermenting fridge is in the kitchen). As it turns out our hot water system burst and flooded almost the entire (fully carpeted) apartment and leaked through the wall to the neighbours apartment. About 4:00am we were done moving furniture and mopping up what we could and I got a couple more hours sleep before I could call the real estate agent. The carpet guys came and did their thing and we have big fan things blowing between the carpet and underlay for a few days or a week to dry it out.

So that was a crap night, but at least my beer's fine and my girlfriend wont kill me for ruining the apartment and stop me from brewing ever again. :icon_cheers: On the down side I won't be able to brew on Sunday as I planned :angry:

Cool story - you should start a blog.

Things could be and are much worst for others mate. 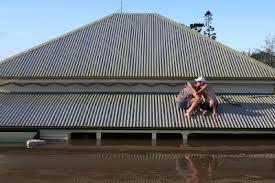