I thought I'd start a thread instead of posting in another and have this buried.

The iSpindel is a fairly young project and is developing all the time.

It is fairly simple to build and the instructions are here:

I recommend using Google translate when following the build pictures as it is more complete than the English documentation.

It had cost me under $50 to build. It is monitored on the internet via ubidots.com and the developer of brewpiless (brewpi via a single wifi board) is integrating it into his project so you can have fermentation profiles that follow s.g. rather than time.

The materials are all available cheaply on ebay.

There is one issue that is not fully resolved on the github page. Instead of a 470 ohm resistor, use a BAT-43 shottky diode. The iSpindel has a deep sleep mode and with the resistor it sometimes goes into deep sleep.

The drawer or sled which slides into the bottle is 3D printed and the design on Github does not easily fit the xxl pet bottle blanks available on ebay. This design does fit:

It also has a spot for a 20g calibration weight from ebay ($1.54). This is to help the hydrometer tilt at an appropriate angle.

Mine is a work in progress. Will keep you all posted. 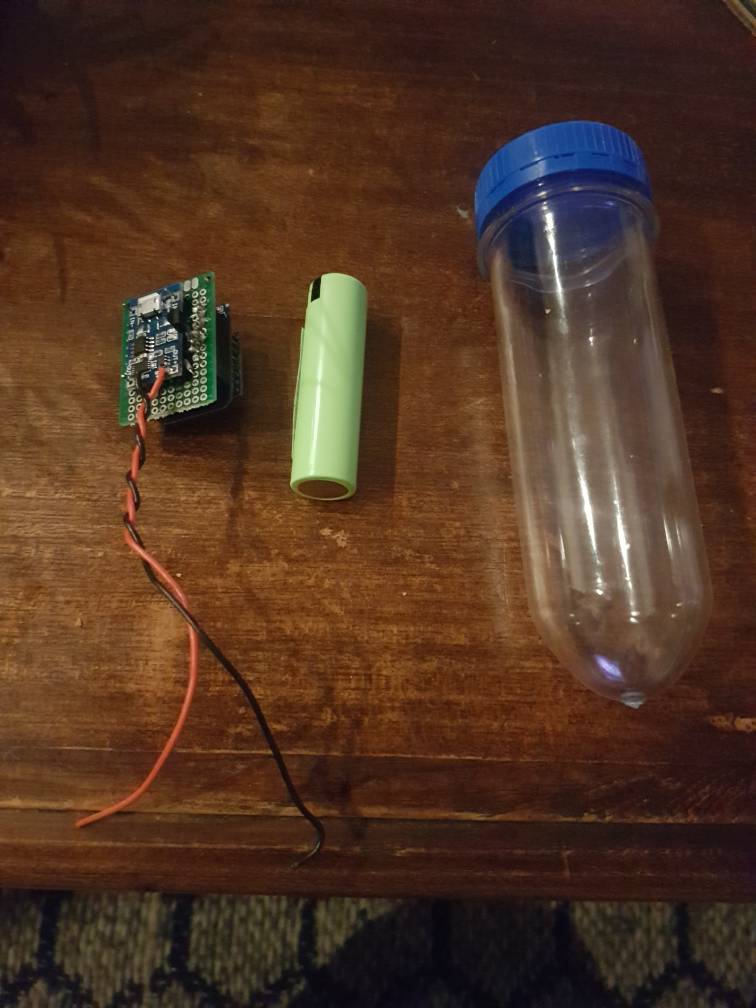 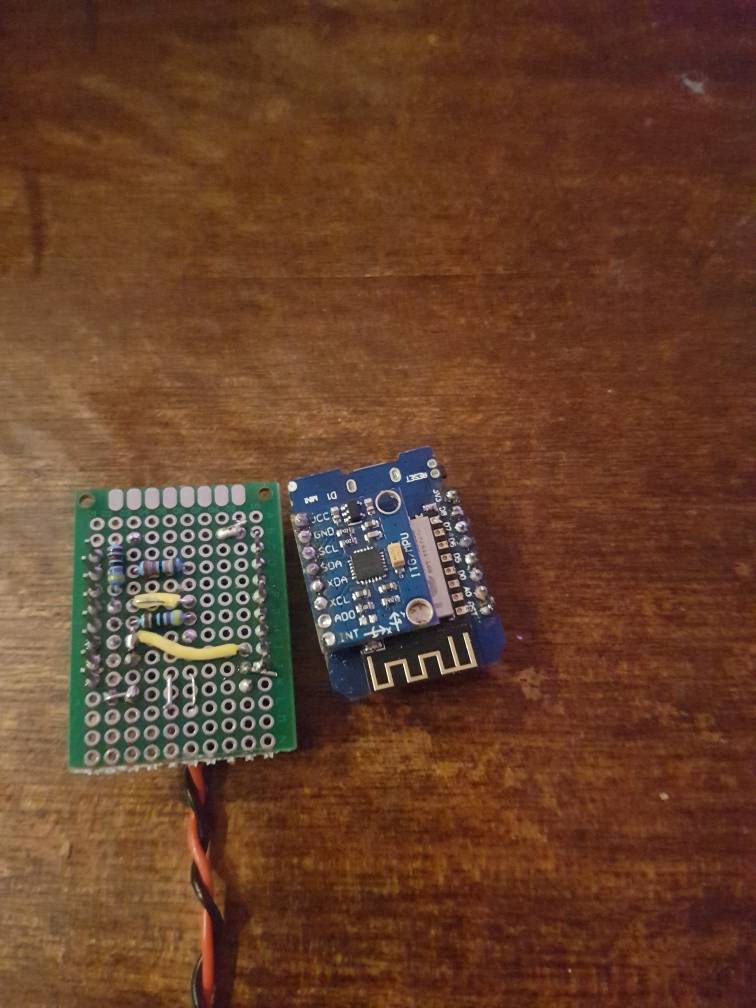 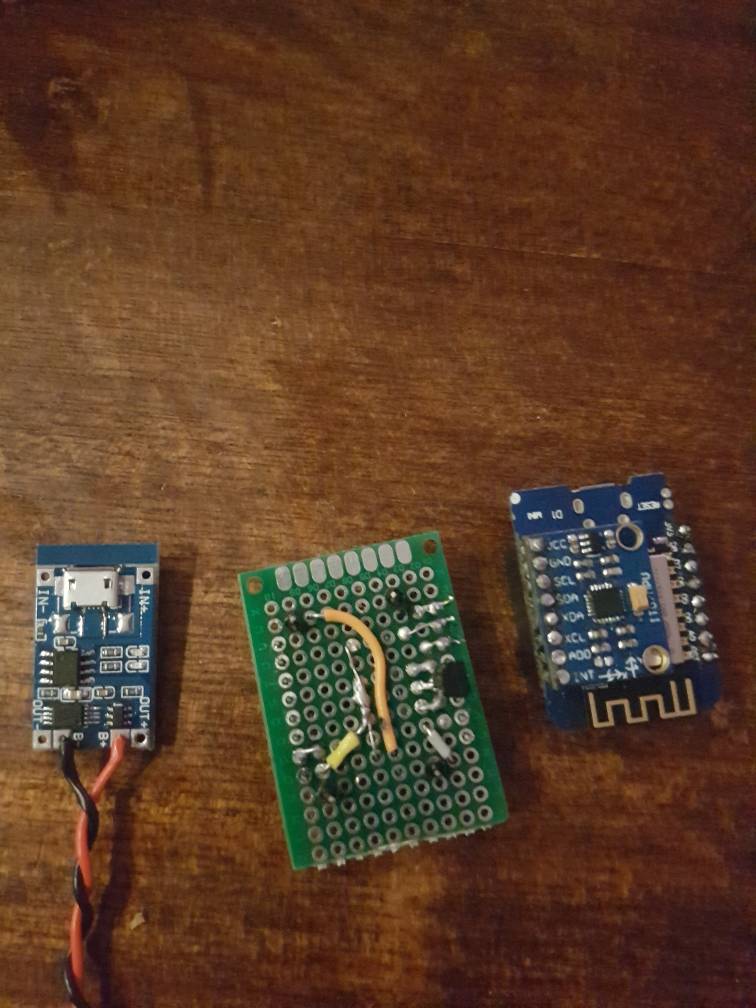 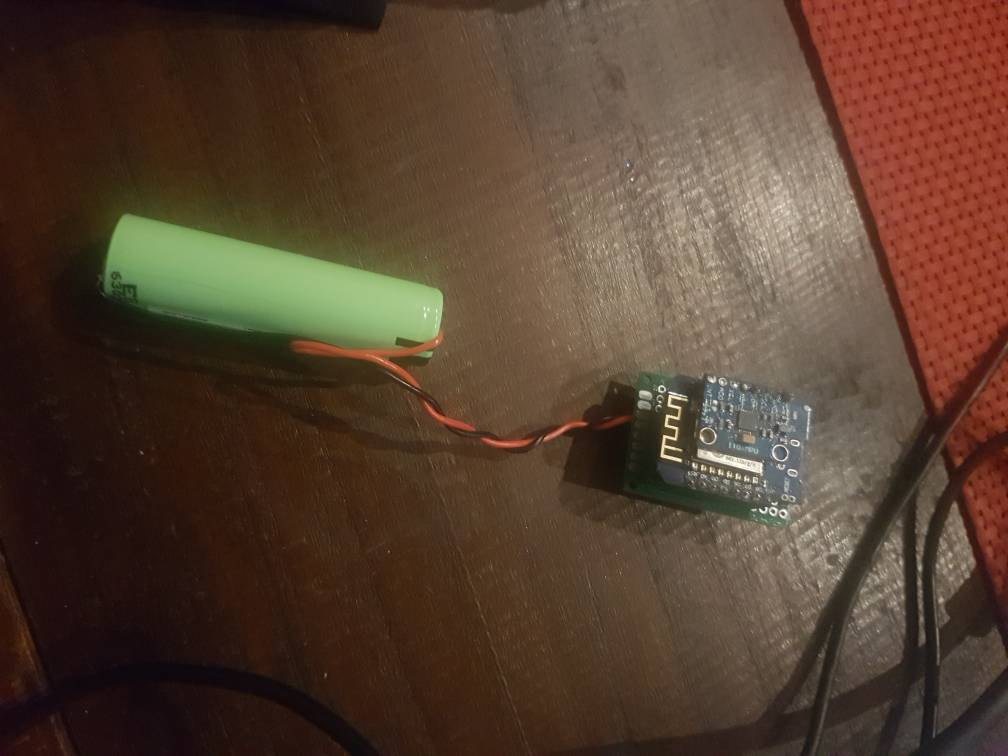 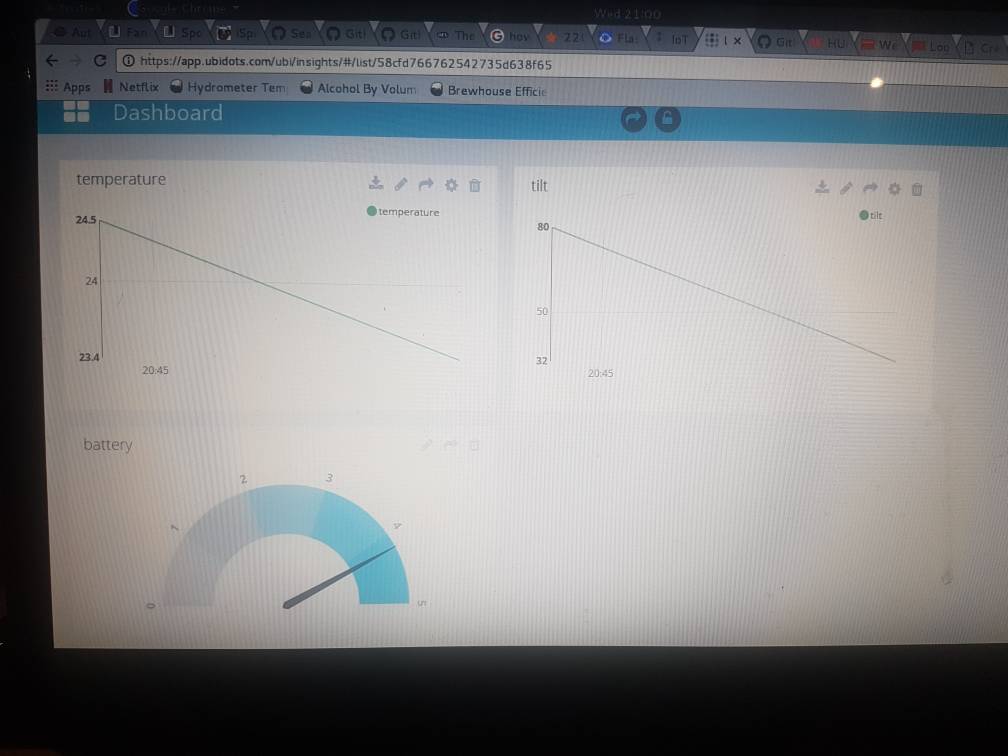 Benn said:
Jeez I wish I had the brain power for stuff like this
Click to expand...

When I started doing homebrew projects I knew virtually nothing about electronics. I cut my teeth on hacking an STC 1000 to make the STC 1000+.
github.com/matsstaff/stc1000p

I built a brewpi temperature control and found that challenging at the time, but then added the wifi and LCD option. The soldering for the LCD gave me a lot of practice.

If you want to do it you will. The stuff is cheap enough that you actually order surplus and if you stuff it up, it's no big deal. I messed up soldering the 1st time and re-did it.

And there is always help at hand.
M

Any chance you could put a parts list together once you get it working? I've been following the HBT thread but it still seems like a work in progress.

I am stinging to get some of these built to feed into the Brewpiless controllers I am running.

Benn said:
Jeez I wish I had the brain power for stuff like this
Click to expand...

It's not difficult.
If you want to make a start, get a beginner's Arduino kit (like the "Freetronics" one available online and from Jaycar), or roll your own with cheap parts from ebay/aliexpress.

There's a bunch of people here (even though it's a brewing forum) who'd just about bust-their-budgie in delight to help someone with some Arduino wiring and/or programming. Maybe start with something simple like a digital temperature probe, then extend it into a fermentation temperature logger.

I used to teach Arduinio stuff to kids (ages 12 & up) in an after-school workshop just for the fun of it - none of them had much trouble building simple projects. (And geeze, some were complete wizards!) - Just for the record: I have never been a teacher.

Good job, I've been thinking of starting a thread myself to get all this information in the same place.

I've got my draw printed and most of the gear has arrived from ebay, just a few more things and I can start my build.

This is the bottle I'm using and the draw fits in it great, XXLBIG PET. I made the mistake of only getting the XLBIG PET but you need the XXLBIG PET. Also I asked the seller to make sure they couldn't rub together on the trip over here as the first lot of smaller ones had some marks where they were touching in the package and they were very obliging. I'm not sure the rub marks will harbour too many nasties but better to start with as smooth a surface as possible, of course if your only getting one you wont have to worry.

I used the top one in the github drawer page, drawer-36x133-thing2231986.stl as this is smaller than the other designs on account of the bottles from ebay are slightly smaller than what the people in Europe are getting. There are a few other draw designs out there tho.
C

I'm currently in the process of setting up my own Raspberry Pi temp controller which I hope to have done by this weekend's brew day. Rather than using the existing brewpi stuff that's out there, I've started from scratch and am using Amazon's IOT framework (with a light javascript/html frontend) and Lambda (serverless logic in Python). This was mostly just because I wanted to learn some cloud architecture stuff, frontend and electronics all at the same time (I work as a Python backend developer). I'll do a post on it once it's done.

Next up is for me is auto-sparge with float valves and pump control, but this gives me the goosebumps! I've added it to the list of the things I want to do.
G

Great idea. I've been following the HBT and German sites as well and have all the bits now. I bought the wrong pettling but have 10 of them so ill persevere for now. I think i might be able to squeeze the bits in. Its 31mm ID and nearly 200mm long. Just in the middle of a house move so tough to find the time. just up to finishing the board solder up.
Interested to see if the diode works as ive solder up the 470ohm resistor at this stage.
M

I'll pop up a list of materials because by far the most economical way to get everything is from e-bay. It takes a while, sometimes for things to arrive from China.

Wemos D1 Mini
GY-521 Gyroscope Sensor
DS18B20 Temperature sensor (buy 5, its cheap enough, but don't by the ones that are assembled with leads and a metal tip, just the electronic component)
Perferated circuit board (I bought 3cm by 7cm and cut it down)
Resistors 1x each
4.7 k ohm (the temperature sensor needs this)
220 k ohm
(The documentation says 470 ohm resistor but this can cause problems)
Bat 43 Schottky diode replaces this resistor (a 370 ohm resistor is suggested as working better than the 470 ohm resistor "sometimes", but the diode is apparently a better solution)
A micro switch. A reed switch can be used and the device turned off by holding a magnet next to it. (I like a regular switch)
Lipo Battery Charger TP4056 (6 pin recommended)
3.7v 18650B Lithium Polymer battery (I got the Panasonic 3400 mAh battery)
XXLBIG PET bottle blank. (Sold as a geocaching container)
male header pin strip. (The Wemos should come with some, but you might need more)
8 pin female header (1 long pins, 1 short pins)

You will need a soldering iron, solder and some wire to make connections.

I used the pictures on this page to assemble.
https://github.com/universam1/iSpindel/blob/master/docs/iSpindelbreadboard.md

I suggest getting 2 Wemos boards and 2 GY-521 because if you stuff up soldering or fry a component you will be waiting ages for a replacement.
M

One of the HBT guys has done a PCB for this, I think his first try had issues, but he has a second iteration at fab now.
M

I have put in a 330 ohm resistor as I don't have a BAT-43 diode on hand. I have ordered some, but unsoldering and taking the charger off was a PITA so I won't be doing that again. It will be better to build a board from scratch.

I will let you know how the lower value resistor works.

*Edit. Looks like it isn't working. I'll wait for the parts and make the perf board section again.
G

happy to do a few if u r serious
M

I found an error in my resistor values. Re-wired and testing again.

Be careful with the temperature sensor. The legs bend and eventually break from the movement.
M

I re-worked it again.

It is now working with a 330 ohm resistor.

So to get into the iSpindel to configure it, hit the D1 mini's reset button a bunch of times and when the iSpindel shows up on your WIFI network connect your computer to it.

In a browser you need to connect to the iSpindel config pages. 192.268.4.1 works for mine. You can test to see if data is being sent. In the Config page select your wifi network (SSID) and password. I set the interval for 15 seconds while making sure everything was (or wasn't working) once I saw the blue lights on the wifi board flashing every 15 seconds, I changed it to 900 seconds (15 minutes) suitable for logging and ensuring the battery lasts a fermentation.

Some hints that will help. I used the tag end wires from the resistors to make the linkages required.

My soldering isn't pretty but it seems to be working.
M

This is the board I stuffed up 1st time around. I have now reworked it and removed the 470 ohm resistor and will use the diode. 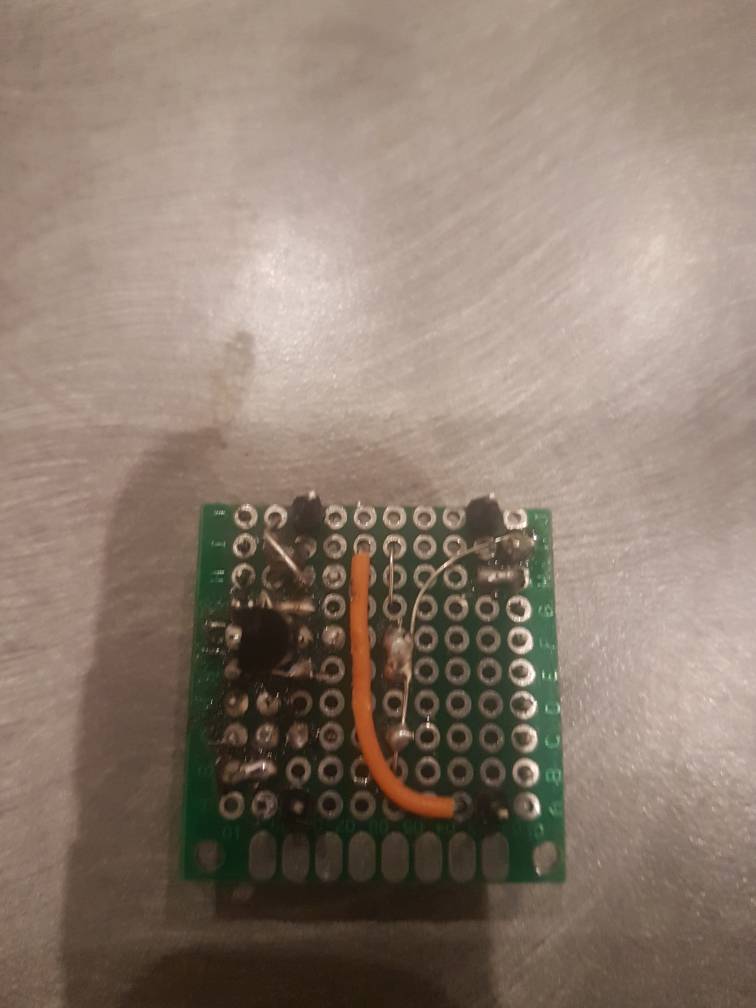 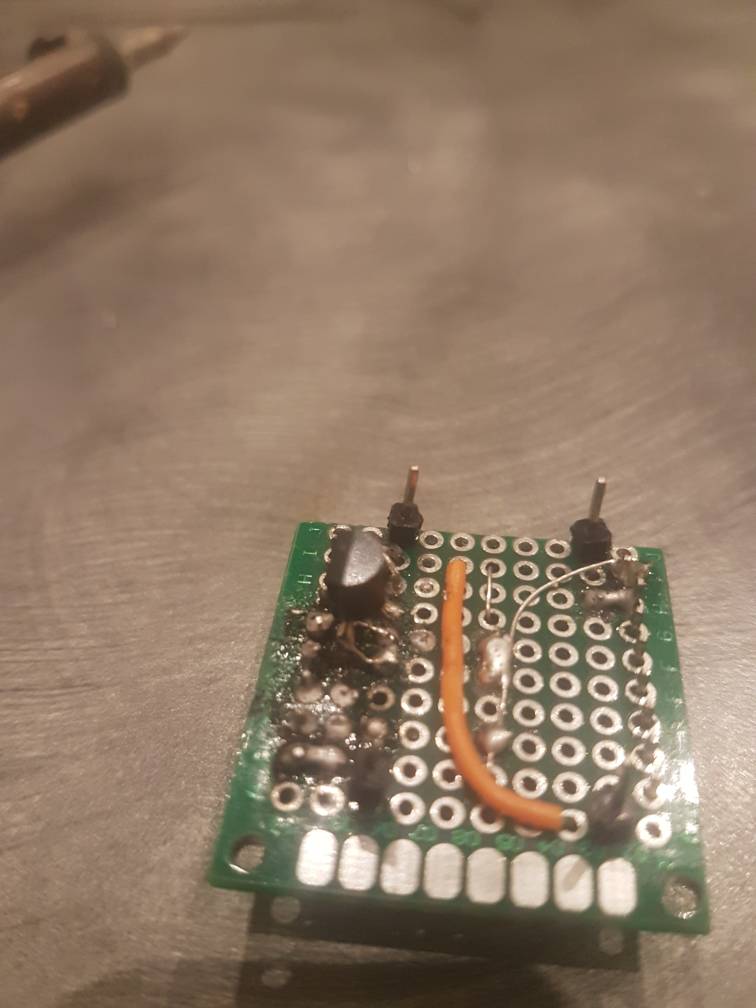 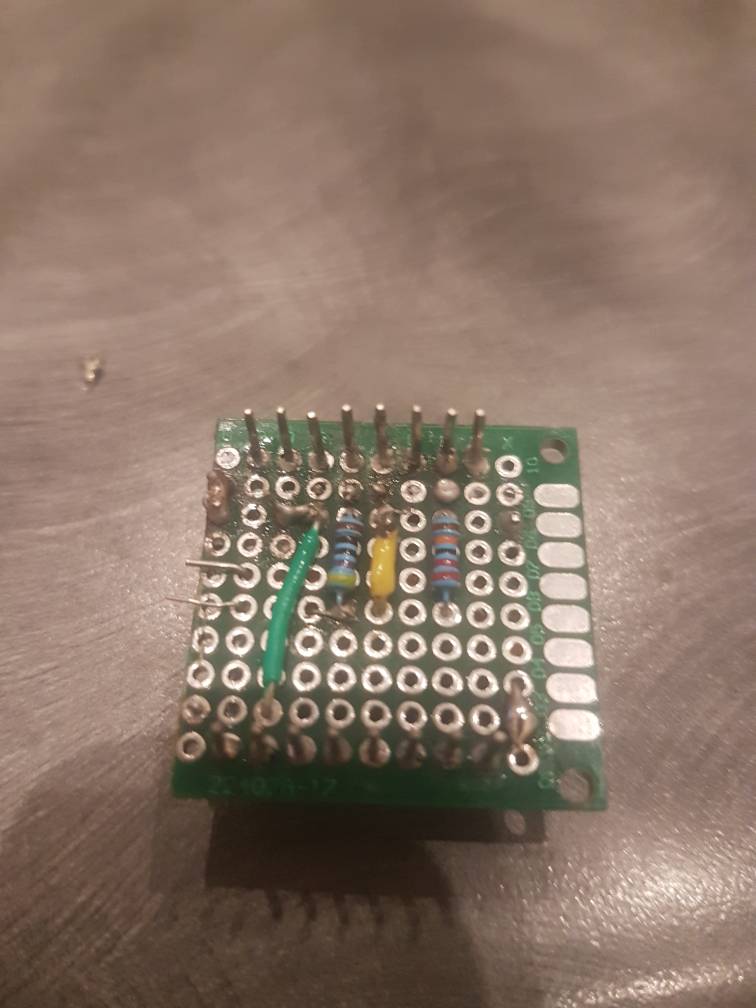 The blue light that flashes on the wifi board when it sends data.

Also the bodgy soldering is shown, and it still works. 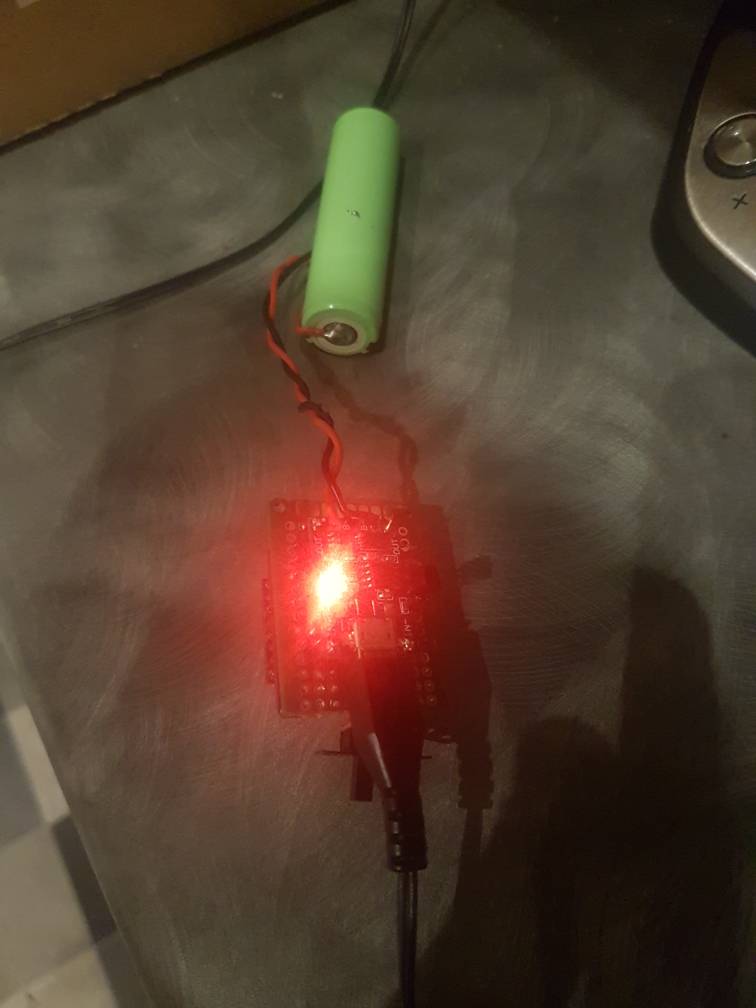 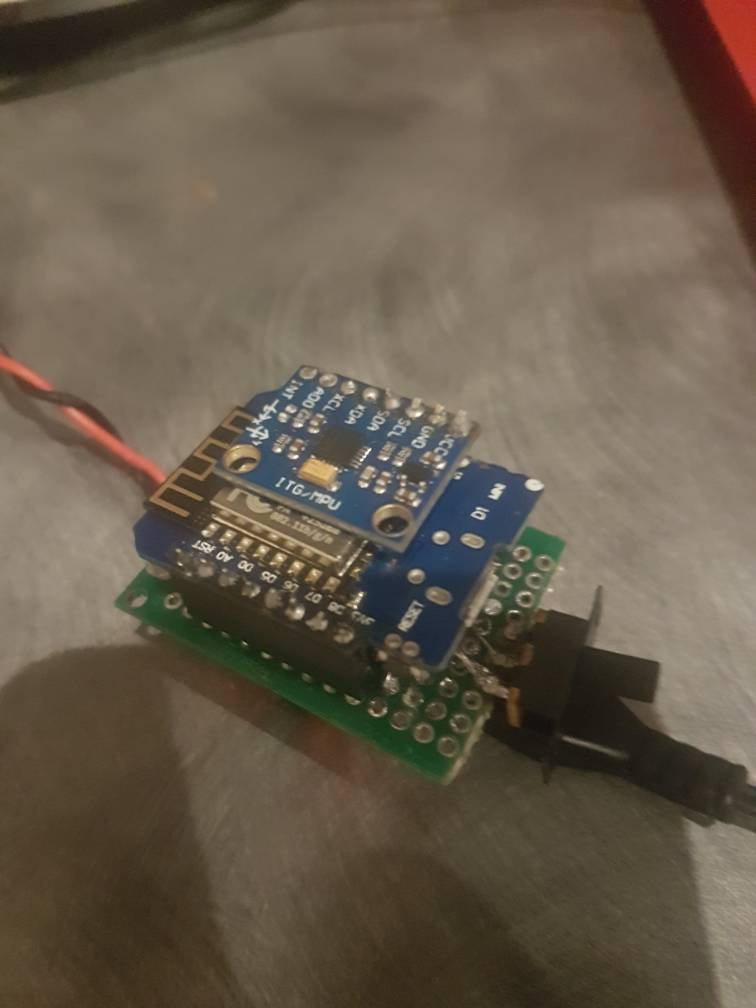 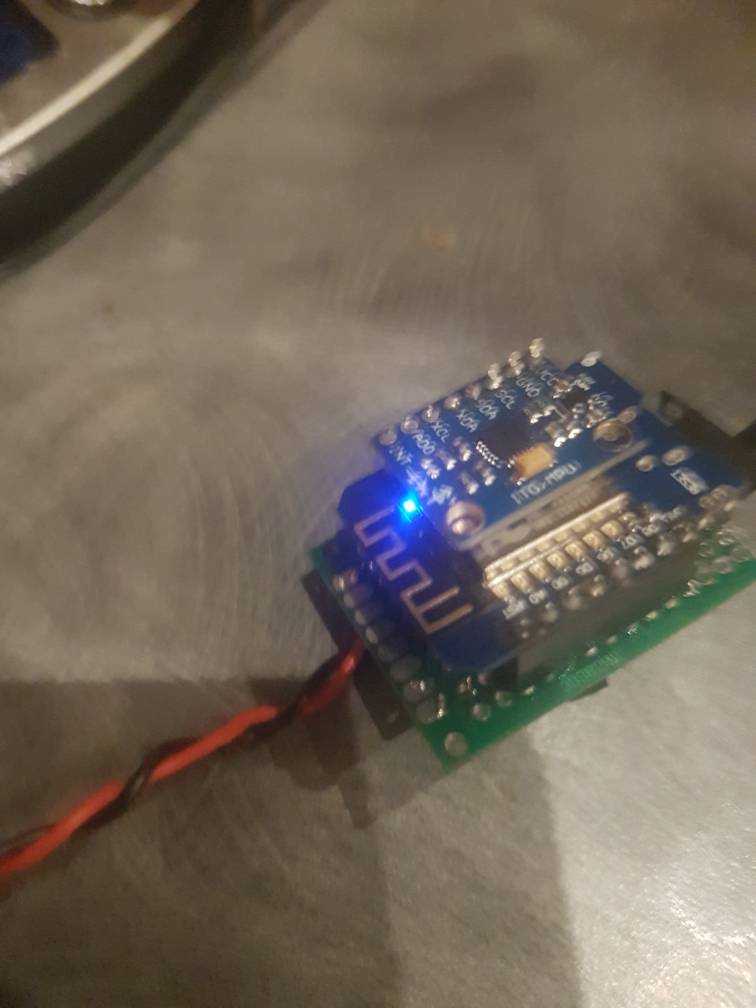 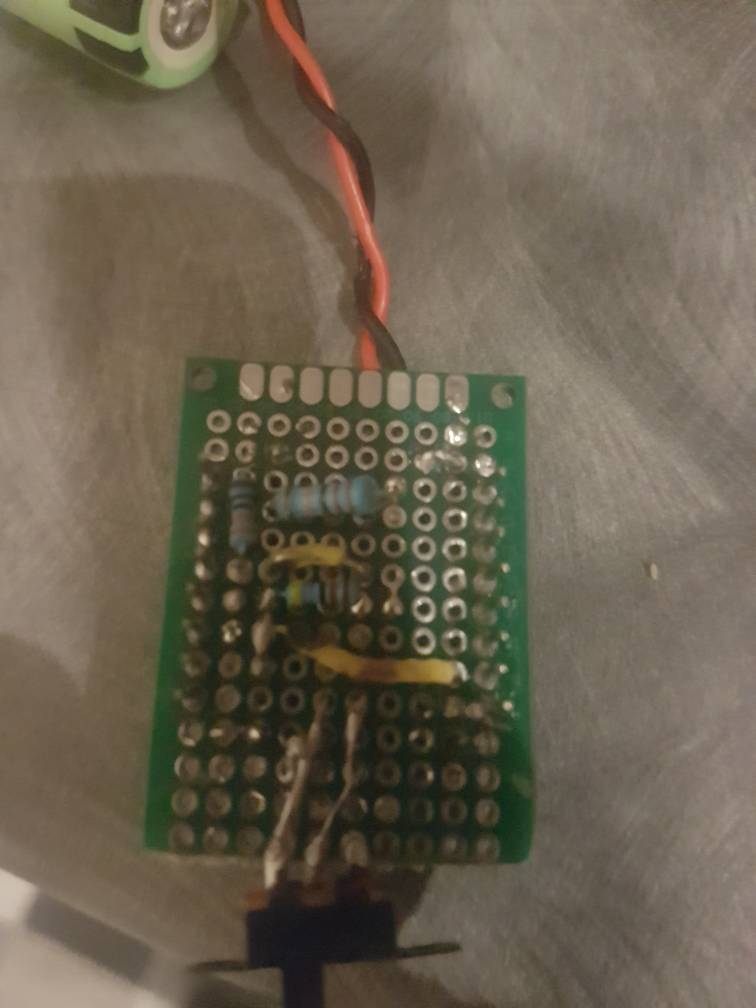