How common is isovaleric acid?

Hey folks, an off flavour I’m desperate to nail down. Finding myself picking up the same aroma and (although not quite as often) flavour from IPAs/ pales (especially NE/hazy versions) that I deem as slight vegetal and cheesy but it’s so frequent (mostly UK beers) that I’m wondering if it’s likely to be an isovaleric acid issue or if I’m particularly susceptible to a certain hop variety. Can someone give me an idea of how common isovaleric acid ACTUALLY is?

Hi Earl, I'm moving this post to General Brewing Qeustions, as that would be more appropriate to your question.

Isovaleric acid is almost always associated with bad hops, problems with, storage, aged, oxidised hops...
I have to admit I have encountered it much more often in taste training than I have in beer. Maybe that says something about the improving standards of hop storage in Australia (don’t know about Texas), but here I think all the reputable retailers take pretty good care of their hops.

It can be a bugger trying to nail down a problem flavour, I find the following a big help. Just think of anything you can that goes close to describing the flavour you are looking for and run a search. Patterns usually start to emerge pretty quickly. Worth finding a copy of the flavour wheal (Product Detail - Beer Flavor Wheel (mbaa.com) ) and looking at which sections apply to what you taste. In this case Vegetal and Cheesy and see what it throws up. The numbers in the fault guide are based on the flavour wheel so they work together.

The most commonly perceived "fault" in UK beers is actually Diacetyl which UK brewers seem to be a lot more tolerant of than most new world brewers, have a read up on DA and see if that’s close to what you are tasting.
Mark 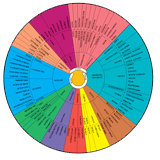