Hey to All!
I have a question
What do You think about hopped and unhopped malt concentrats and yeasts of "Coopers"?
Thank You

Hi gambrinus,
Your scaring me, i can't answer your question or i'll proberly get into trouble.
First post!, looks like you actually might be the home brew manager at coopers.
If so why not come on board and contribute to the forum?
If this is not the case then sorry, if you are generally interested in the quality of these products please addvise and forget what i have said.

Cheer Jayse >>> already sitting in the corner after being told off for giving to much coopers info away.
T

Got a feeling Gambrinus might be a Yank. If you are , Welcome aboard buddy.

Most likely right there tallgum. Reasoning behind my theory was it was the same time this was posted that someone at coopers was lurking about and saw a post of mine on the subject which was deemed to 'sensitive'.
Even though i didn't mention any company names and what i said was nothing i hadn't heard from other soucres like chuck hahn into the way lion nathan make extract kits. Chuck takes great pride in telling people how the malt shovel kits are made.
Get him to talk about hopped extract and he'll pull of this line "line has been edited out because its deemed too 'sensitive' "

AFAIK, the coopers liquid malt is 100% malt extract, as is the Morgan's extra pale, and so will be fine to use.

I am not from USA(can this see about my IP). I want to order malt extract from Australia or New Zeland but I don't know which from them is better.
Help me, please
J

Because malt is what your yeast needs for proper nutrition.

As the grain is malted complex enzymatic reactions produce exactly the proteins, starch and other organic compounds need for healthy nutrition of the yeast and flavor in the beer. It produces natural products.

So JM you are saying stick away from pre hopped cans when doing K + K and stay with Unhopped Malt extract by Coopers or Morgans?..??
G

I make any times from finnish malt concentrate "Finlandia". These were not very good because of yeasts.
Before 3 mounths I make from germany malt concentrate. Was very good and now I want to made from Australian or New Zeland ingredients. What are preferly from them?

P.S.I brew in 15 of November first time all-grain beer from Muntons ingredients+Cascade, but I don't know what will, because only yearstady beer was bottled

Well it seems as if the depths of the abbey dungeon are playing havoc with Mr Monk's ability to answer a question.

Darren poses the question why?

I also pose that same question.

You seem uncertain of your position ....

You seem to indicate Two row barley is possibly an inferior product -- but it may not be as it may be a small component of the can contents in the form of roast barley. Even though I have very limited experience with Kits I have seen them with dark brown even black labels which again seems to indicate some form of dark grain, even malt content.

You say malted two row barley should be avoided. Why?

That is an interesting position to take as most barley used in brewing is malted and most is two row.

In simple terms for you to follow -- two row indicates the manner in which the grain forms on the head. Not how many furrows the farmer makes to sow the seed. Two row barley normally has less protien whereas, and this may be your source of confusion, depending on the book you are currently quoting, you may be asuming the predominance of 6 row American barley. Now, 6 row American barley has a higher protein and husk content and is preferred by some of the major large scale American breweries because of the use of adjuct such as corn in the grist.

I can only assume you failed to pay your wax bill and the candle went out in the dungeon of Monk Abbey and you typed the responses you did in the dark.

Jovial_Monk said:
Because malt is what your yeast needs for proper nutrition.

As the grain is malted complex enzymatic reactions produce exactly the proteins, starch and other organic compounds need for healthy nutrition of the yeast and flavor in the beer. It produces natural products.

Even assuming that methods for production of these kits results in a product poor in nutrients, which I doubt, that has nothing to do with the tin being labelled as made from malted & unmalted two row barley.
S 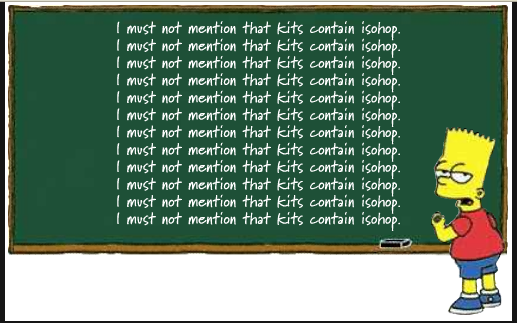 Despite the conversation above Australian malt extracts, particularly Coopers, are highly regarded.

I haven't tried any NZ extracts, so I can't comment on them.

Do you have a recipe for your "Finlandia"? It would be interesting to compare Northern European homebrewing to Australian.
G

Do you have a recipe for your "Finlandia"? It would be interesting to compare Northern European homebrewing to Australian.
Click to expand...

1.Two liters of water need boil with 1kg of sugar(sugar syrop) and cool it
2.Can with hopped concentrate to put into the kettle with hot water
3.To pour cooled sugar syrop into the fermentator, to add a concentrate and filtered water and to mix
4.To add in fermentator starter was made 2-3 hours before of wort.
5.To close by lid and to put air lock. Into the air look to pour a vodka


The primary fermentation dependence of temperatura will 5-8 days
2-3 days I hold a wort without falls (what were on the bottom) in other fermentator for 2-3 days. After this I am bottling with glukoza(dextroza?) and storage them. After 4-6 weeks this is ready for using
N

Gambrinus,
Below is a link to a Sydney supplier whose kits and malts I have used in the past.
ESB

From NZ I've used some of the Blackrock range of kits, which for kits turned out fine, IMHO. Coopers is very popular, but it's a few years since I used one of their kits (hopped malt extract). Coopers have a Premium range which people have reported good results for. Malt Shovel in Sydney also make a range of kits which may be worth a try, as they make some good beers.

Hope that helps a little.

I am saying that it is better to buy concentrates ('kits') or cans of extract (unhopped) that do not contain unmalted barley.

Thank You very much for your help

Yesterday at 1:06 PM
Nick the Knife