Hi Guys meant to post this a while ago but forgot, its the last few days to volunteer to be a Steward at the AIBA this year at melbourne show grounds. Also a couple days cash paid work this year for those interested,

I did this last year for two days and had a great time. 1000's of beers there, tried lots of stuff you cant get in australia, or stuff i could never afford like the Sam Adams Utopias. Also last year received some beery rewards once all the events surrounding the AIBA had ceased.
Pm me if your unsure.

Each day you both serve the beers to the judges and eat with them so I got sit down to lunch with people like Anders Kissmeyer,
Dave from Mountain Goat, Simon for Hargreaves Hill, Jayne form Two Birds and American bloke from and Holgate,

its one week only this year so they are running 7 judges tables so im sure there will be a power of brewers i'll be bending the ear of.

No Affiliation besides the fact im going again and thought it was well worth the effort.

Email From the Organiser below:

[SIZE=11pt]Again we need a team of Stewards for the 2013 Australian International Beer Awards, and as you were part of the team in 2012 I am now again asking if you’re interested in joining the team in April – specifically Monday 8th to Friday 12th April.

We also have some paid shifts during set-up and break down of the AIBA – specifically March 22nd & March 23rd to help receive and enter the delivered beers, and Friday 5th & Saturday 6th April to set up the Judging and back of house areas before we start judging.

Please let me know if you are interested in both the volunteer Stewarding and paid casual employment shifts.[/SIZE] 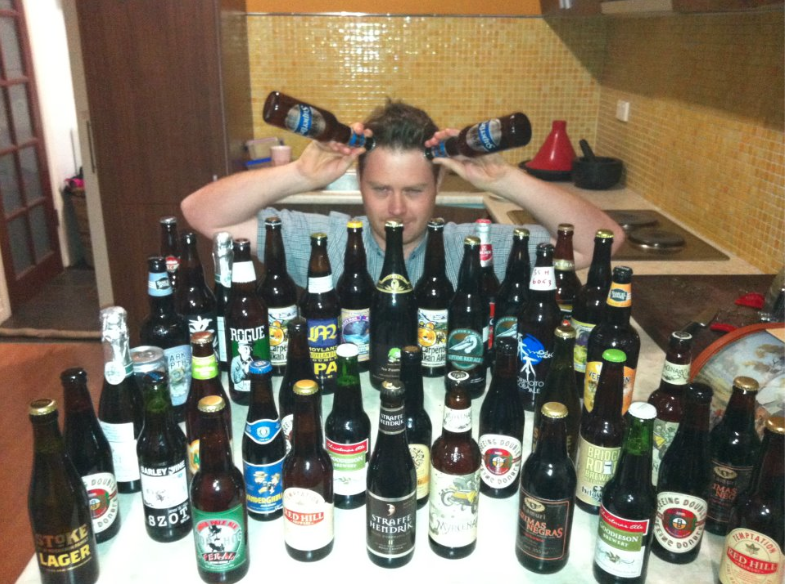 Get on Wolfman the experience let alone the sherbets

will check my rosters..