I wasn't sure whether to put this here or in the DIY thread, but I just wanted to post some pics of my recent work in this area. I'll throw a pretty big shout out first to those who have come before me - BrewPi, BrewPiLess, CraftBeerPi and everyone who has put their projects up here for blazing the trail in this area. I decided to build my own setup from scratch as a non-commercial application just for myself (for now), and have been meaning to do it for ages. It's pretty simple at this stage; it allows manual control of two pumps (incl. PWM for controlling speed of 12v little brown pump), has three DS18B20 temperature probes mounted in thermowells, a simple temperature controller for the HLT, and float sensors so that it can do a fully automated continuous sparge.

Future improvements include solenoid valves to further automate the pumps between mash in, HERMS recirc, sparge and whirlpool, as well as full recipe integration, where a BeerXML (supported by most brewing software) recipe could be loaded into it, and the web app would manage the entire brew.

I work as a Python & C++ developer, but this is my first attempt at doing anything with GPIO (let alone soldering), and the first web app I've made. I decided to go with a very modern tech stack (probably just skip to the pics if you aren't a dev) using a static web app which can be hosted on Amazon S3, which hits a Python serverless API on AWS Lambda, which interfaces with the 'reported' and 'desired' state of the Raspberry Pi via AWS IOT. The Pi publishes its state to IOT using MQTT every 5 seconds or so, and subscribes to any changes to its desired state. The result is an set up where I could (potentially, although probably never would) run my brewery completely off site.

Now for some pics: 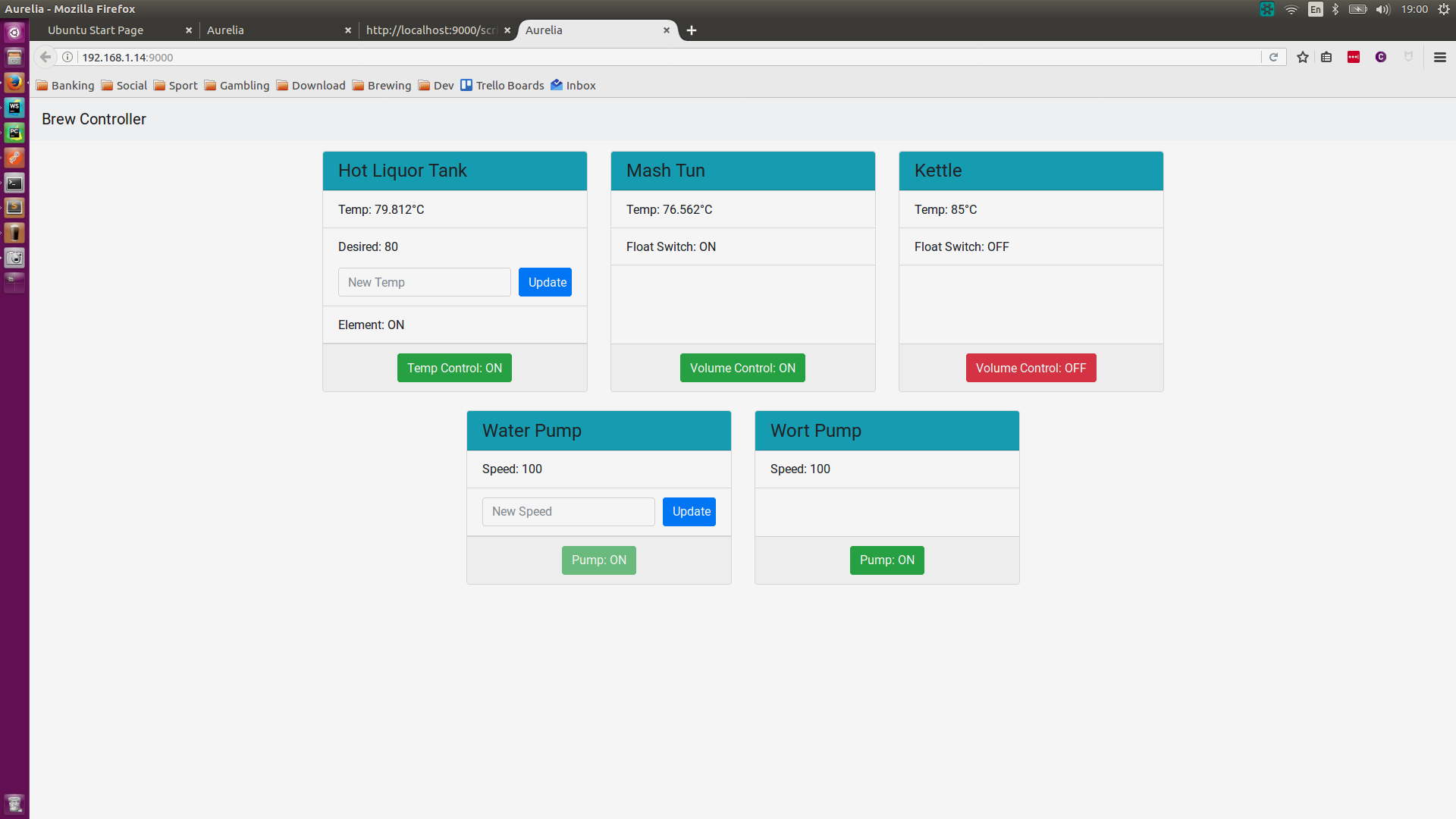 This is the super simple UI. It's just one screen with the five elements at this stage, but it works. This screenshot taken during the sparge, as it was managing the mash tun height with water pump. 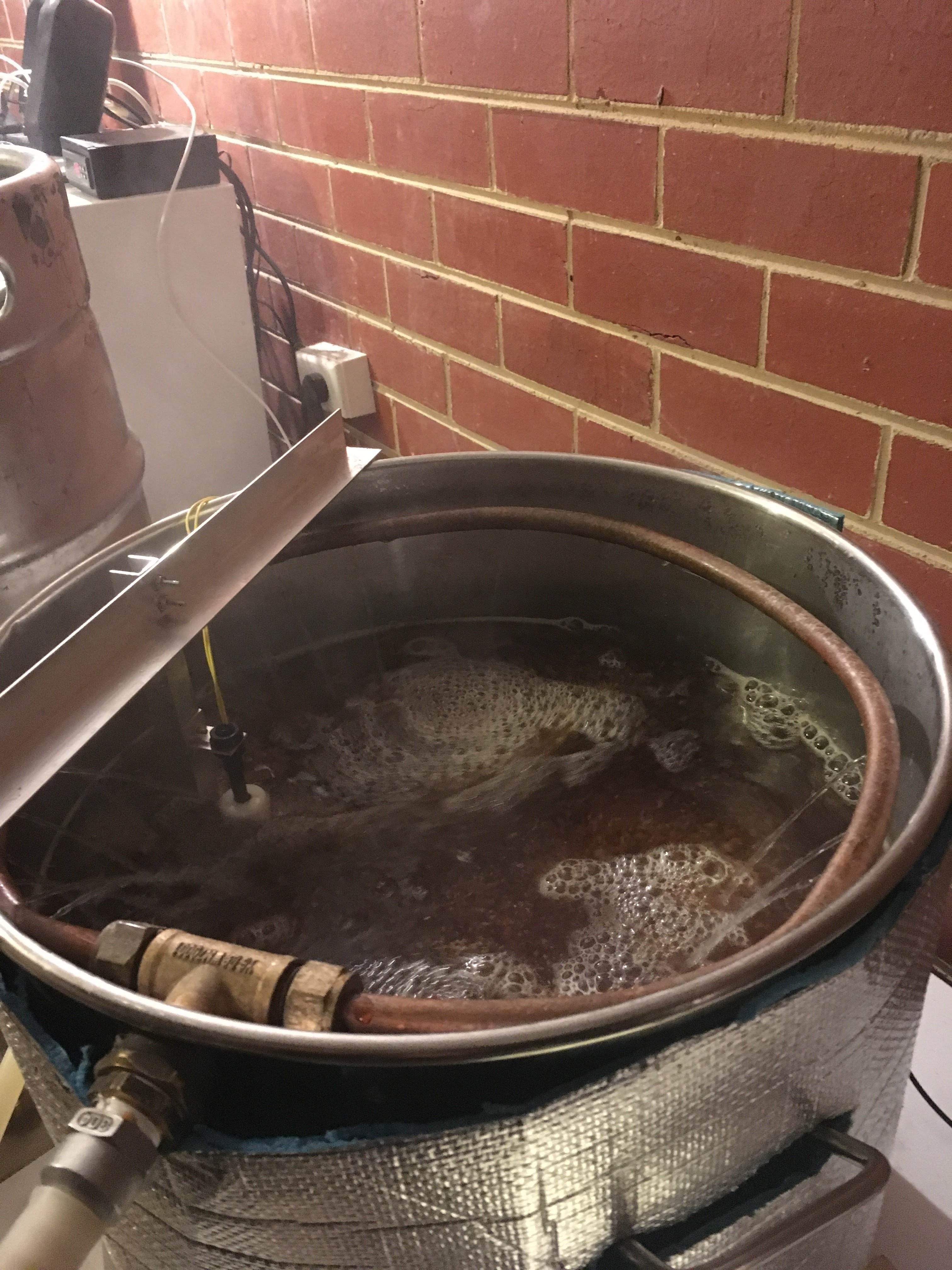 Shot of the float switch mount - I plan on dropping this into the mash tun just slightly so I can run it with a flush lid. 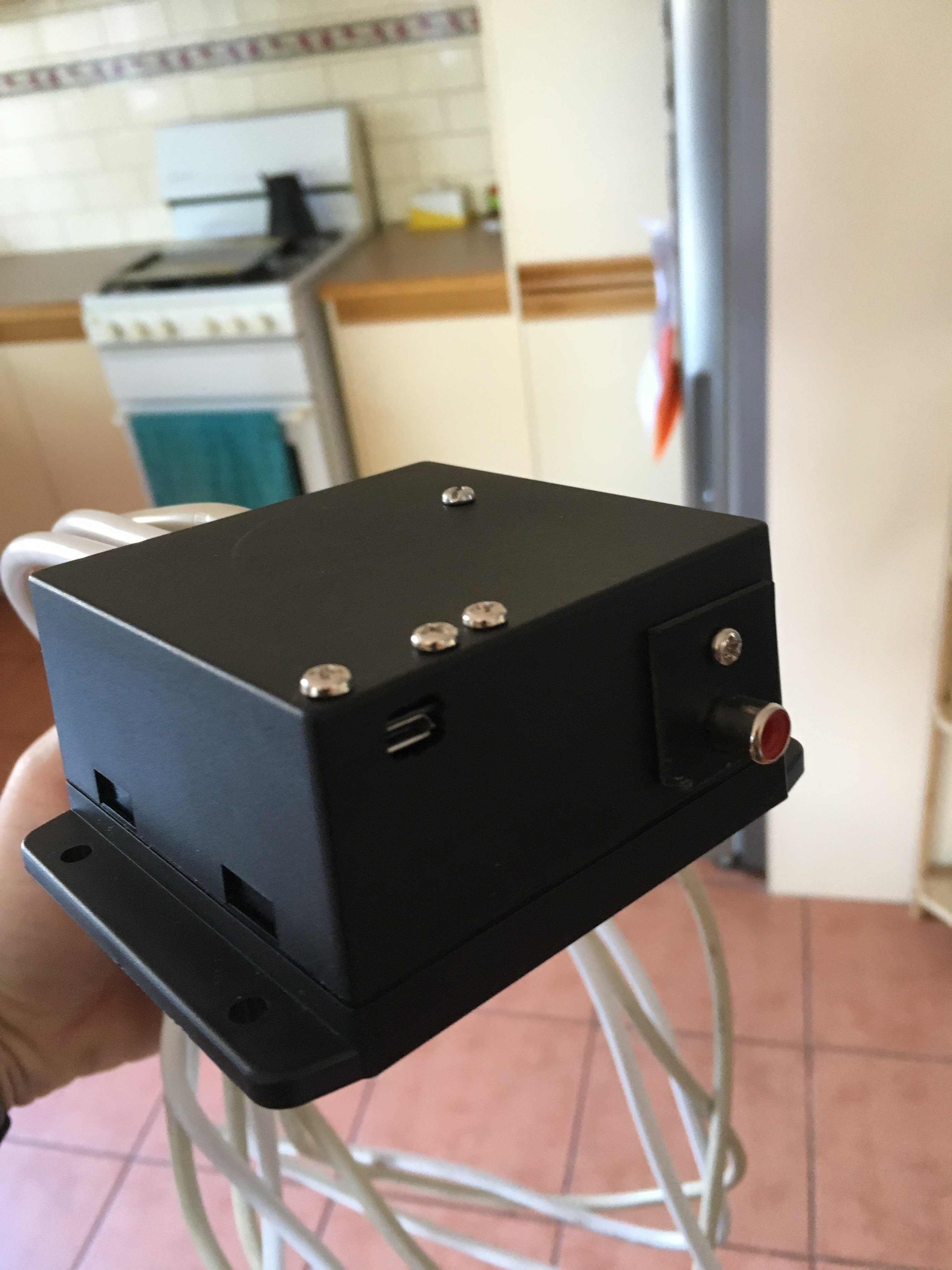 Relay box. (Don't DIY this, get a licensed electrician to do it, or at least sign off on your wiring). USB applies 5V power isolated from the Pi, and the RCA interface provides signal. 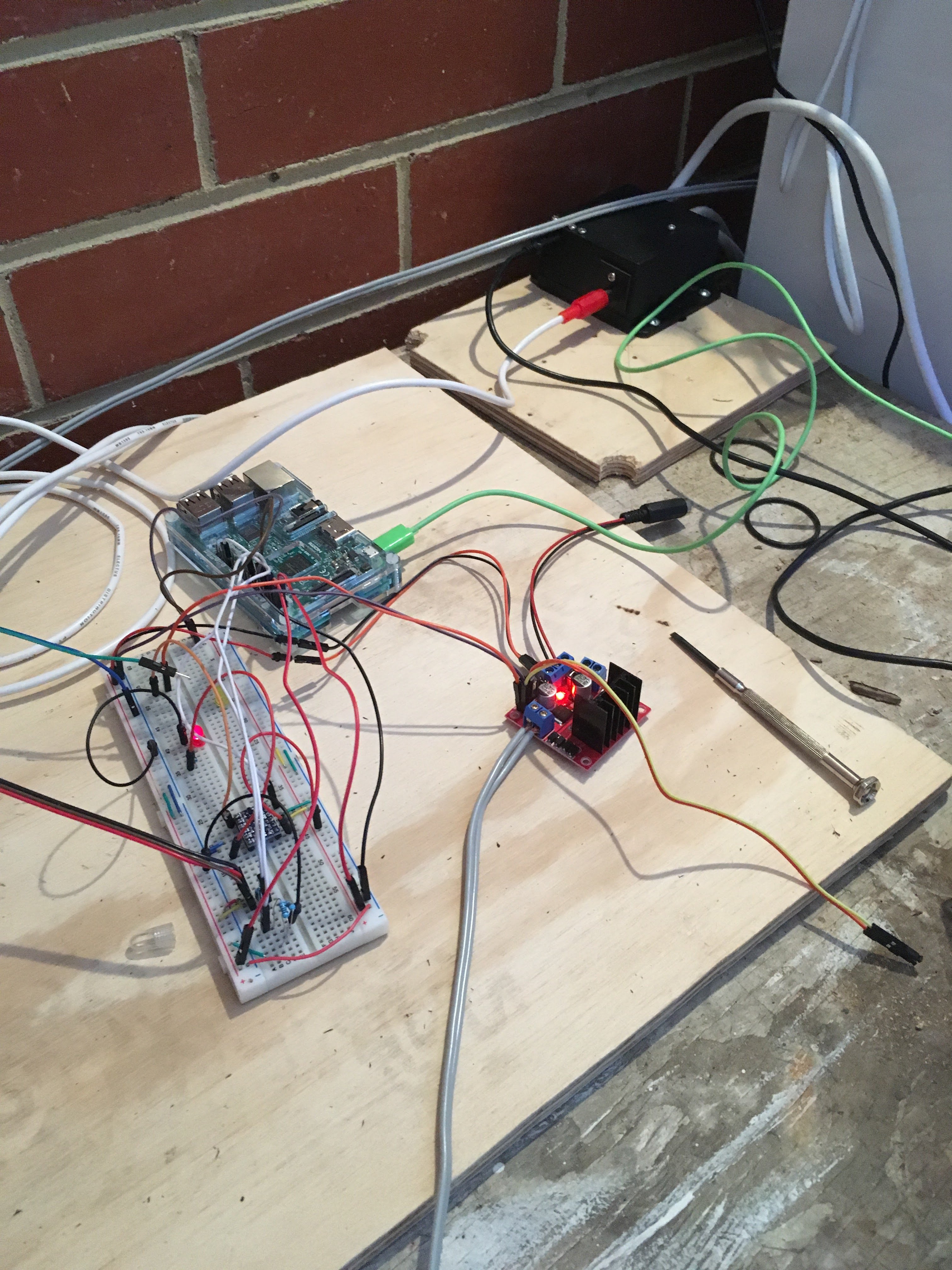 Yep, it's a bit of a mess. I'll be putting it all into a project box soon. In this image: RPi, 12V motor controller, relay box, and a spaghetti mess of wiring. 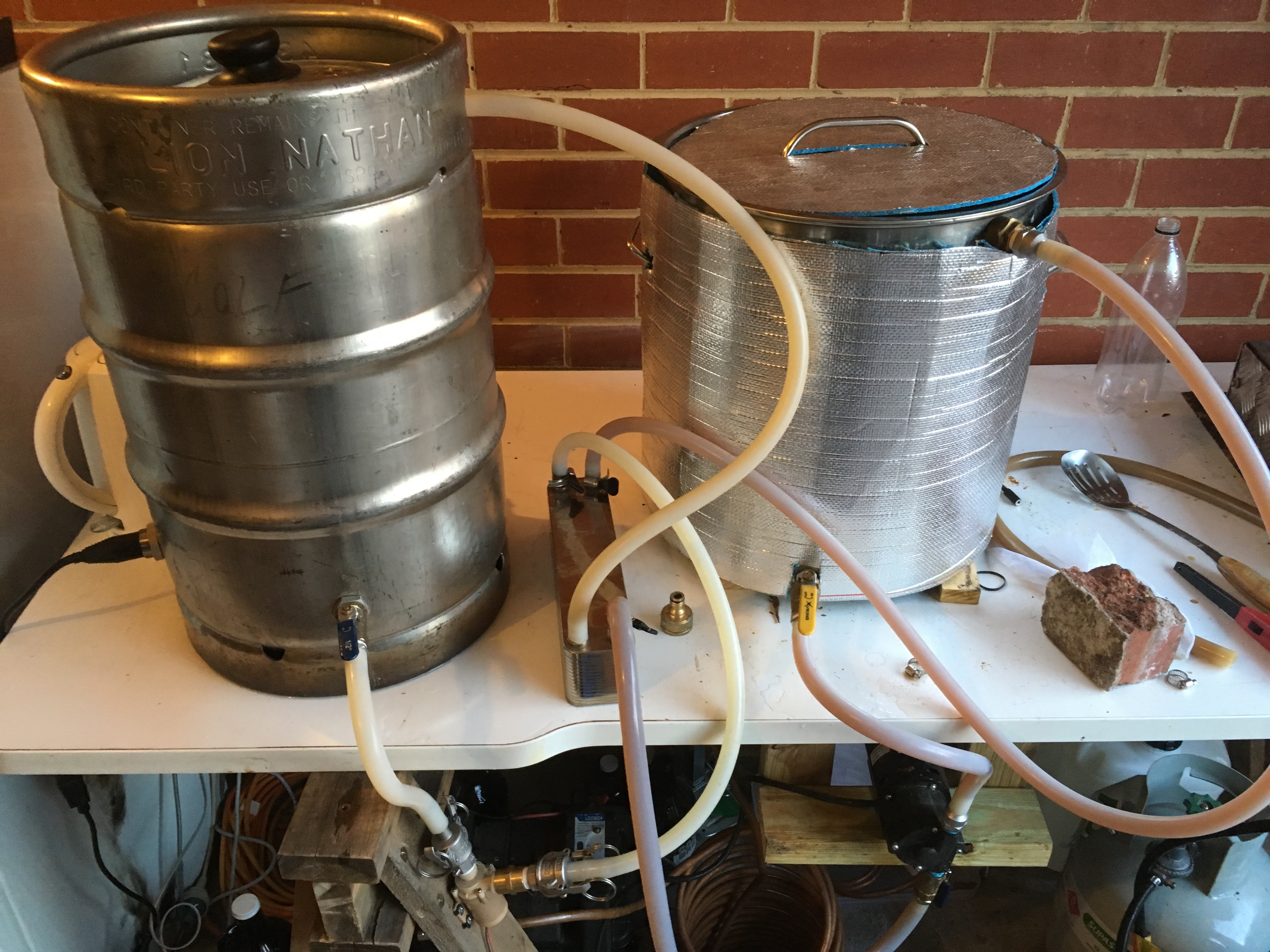 Just a shot of my HERMS at work - LBP is being run by a motor controller using PWM, and march pump (and HLT element) by solid state relay.

EDIT: There's also a video up on the Gram of my automated sparge at work here: https://www.instagram.com/p/BZJA48aACDo/?taken-by=coxy_brew
Last edited: 18/9/17