No reason you can't do with a kit if you have cubes and they fit better in your fridge.
Main reason for the article is because many all grain no chill practicioners wait till cubed wort is cool, then transfer. This is about reducing vessels, cleaning, space, etc.

Thanks mate and also for the PM.
Cheers

I can’t access the original article but the only thing I need to work out is how to transfer to the keg. Have you been using a tap the same way you would for a normal fermenter or does that suck up too much trub?
Cheers

Bones39 said:
I can’t access the original article but the only thing I need to work out is how to transfer to the keg. Have you been using a tap the same way you would for a normal fermenter or does that suck up too much trub?
Cheers
Click to expand...

If you cc and allow good settling time, you'll leave most trub behind as per ordinary fermenter. One advantage of cubes is you can tighten the lid when you hit FG and minimise oxygen exposure.

Any chance of republishing the original article. The link doesn't open it. Must be a migration issue.

Does this look right
1. Tap cube
2. No chill like normal
3. Open lid and let oxygen in and shake the shit out of it
4. Repeat step 3
5. Pitch hydrated yeast
6. Fermente and CC like normal
7. Transfer to keg like normal

Thanks Lionman.
Might be a way to fix the wiki section.

So will this work on the blue 20l bunnings jerrys. I get 21-23 litres in them and worried about head space and krausen blow over.
Do you retighten the lid when cold crashing?
I have read a few pages of this thread, guess trying is better than wondering.

Krausen can blow over - a good clean and spray with starsan sorts that. Yes I tighten the lid as soon as I know I’ve hit fg.

Taking this one step further, have mentioned the cube pressure fermenting before, I put down a Bass pale ale clone before I went away, so let the CO2 flush a 20 litre cube, applied some pressure today as fermentation should only have a couple of days at the most left to go. I will transfer to the 20 litre cube in a couple of days and will serve from that. The transfer will involve very little oxygen, if any. Will keep this updated.

This is a cheap way into kegging, is a spunding valve needed? Not really, a simple clamp on the hose will work just as well, for some reason helps clear the beer as well.

before I started kegging, I wondered if it could be done in a cube, so I fitted a shrader valve into a spare cap, and pumped it up to 10psi, with my compressor, it boated right up to a balloon.
I made some steel straps to try to reinforce the shape, this stopped the bloating, and it held the pressure for the whole 2 weeks of the test.
I never tried it as a vessel because of the massive distortion, and risk of busting

When you pressure test a vessel it should be filled with water, liquid holds the shape of the cube, I pressurised a cube to around 29 PSI I also pressurised a plastic fermeter to 40 PSI.
If you pressurise a cube with nothing in it the concave section at the bottom pops out, the empty cube once it has been flushed can be taken off the system, while still full of CO2.
W

. Burst pressure – Stainless steel kegs are rated for an internal pressure of at least 60 to 90 PSI without deformation, with a burst pressure of at least 300 PSI. The safety factors for burst pressure is usually about three to four, so the new keg does not actually rupture until it is exposed to 1000 PSI internal pressure or more. A lot of the new kegs can be purchased with a special pressure relief-valve in the form of a burst disc, which is a small circle stamp on the bottom dome of the keg, which is designed to break out at a certain design pressure to prevent the valve from becoming the weakest point of the pressure vessel. Never intentionally pressurize the keg to more than the design pressure using compressed air, to prevent damage to the keg or worse injuring yourself or innocent bystanders. The reason for this is that while liquid is incompressible, air can be compressed to the point of becoming very dangerous, like a rocket or a torpedo. When de-denting kegs to remove volume impacting dents, it has to be done using liquid and not air, and this procedure should only be done by professional keg service companies.

Equalise pressure in both cubes, connect cubes tap to tap and transfer, oxygen not included. Can either bottle, keg, or drink straight from the cube.

Getting very popular this side of the ditch, pressure cubes and using them as kegs.

That's where I got the idea from a Kiwi video, can't remember who it was though, same guy has a few videos.

Yeh Bro Carl at TubeDinoz is where you would have seen it.

A beer poured under its own steam (gas) direct from the secondary cube, certainly beats using a keg or setting up the beer engine, and tastes just as good. 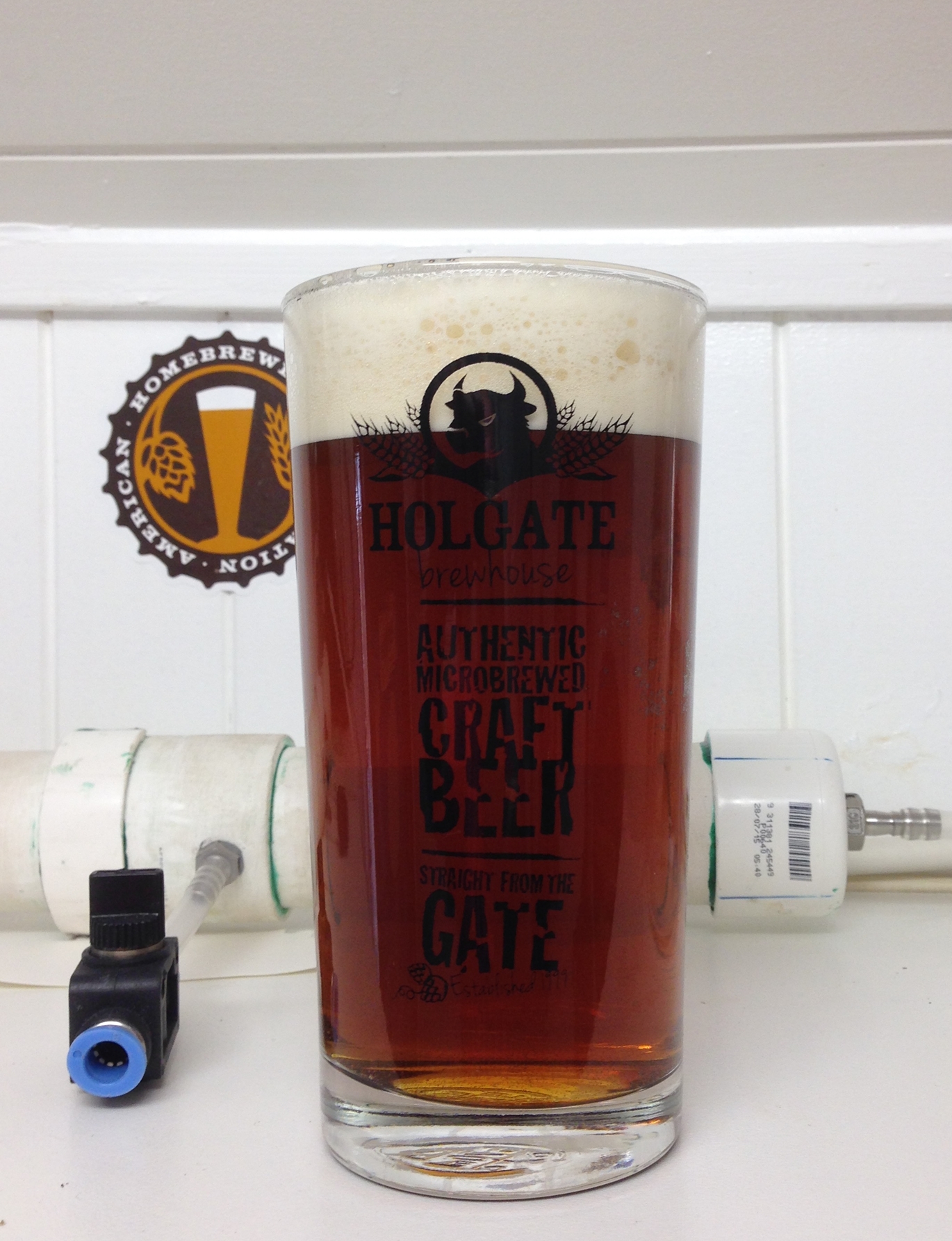