Adding chocolate mousse to an all grain brew.

Wierd question but would this be at all possible?

I'd be looking elsewhere for chocolate flavours before using mousse. The fat and dairy in it wouldn't do the beers any favours.

Look at darker malts (cold steeped to reduce the harsh/bitter tones) or adjuncts like cacao nibs for a bit of chocolatey goodness.
M

Yeah I kinda thought that but just thought I would put it out there. Thanks for the response. Cocao nibs may be on the cards.

Milk-lizard84 said:
Wierd question but would this be at all possible?
Click to expand...

Yes, just put it in.
Sure the beer will probably be shit but...

It is an offence against nature and all things good and true if you don't eat that chocolate mousse there on the spot. Adding it to a brew? Are you crazy, man?

On second thoughts, trade you a mousse brew for a cheese Tim Tam.

God I love how adventurous your imagination must be Milk-Lizard to have come up with that idea.

Location
Melbourne - near the 'nongs

TimT said:
It is an offence against nature and all things good and true if you don't eat that chocolate mousse there on the spot. Adding it to a brew? Are you crazy, man?
Click to expand...

With you on this one.


TimT said:
On second thoughts, trade you a mousse brew for a cheese Tim Tam.
Click to expand...

Respectfully think you're out of your mind.

Chocolate mousse woul;d be a disaster.

Interesting responses but all fitting really haha. My reason for asking was because I want to brew a beer to so thanks in a way to some guys who put out a podcast each week called the little dum dum club. One of the hosts is obsessed with chocolate mousse so that being the reason I asked if it could be added. Super wierd question but I knew I could get an honest and helpful response from people on here. Cheers to everyone who commented.

After a few Bin Tang longnecks the cheese Tim Tams taste like cheesecake, as opposed to straight cheese. Just sayin

No one has actually said why it would be bad...
S

I was trialing a recipe with 3% chocolate when I first started.
I came across some coco powder and thought I would add that instead. It worked out to be 350g so I thought what the hell I added the intire packet(500g).
It didn't end well,I've scence found out that there is a malt called "chocolate"
And the coco powder's oils killed any and all head.
By all means do it but you won't enjoy the result.

I suppose you could put it in with the kittens? :lol:

Seriously, forget it for all the reasons above.

What kind\style of beer were you thinking of in your OP anyway? 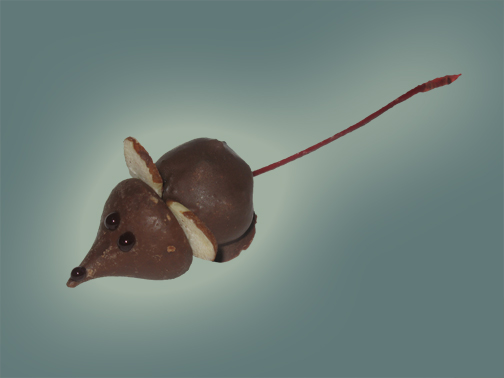 Kitten chases chocolate mouse into fermenter thru airlock...Kitten gets stuck....kill 2 birds with 1 stone.

It would probably be easier to make a beer mousse instead of a mousse beer. Get a high alcohol flavourful malty brew, like a barleywine, ideally one with a noticeable sweetness, and use a small portion of it to add flavour and distinctiveness to your dessert. For instance, I imagine you could do something like that by working a variation on this whisky mousse recipe.

There are a number of dessert and breakfast recipes involving ales from earlier times that I want to try out. - buttered beer, or mulled ale, for instance. Your idea isn't quite so crazy that you couldn't make it work. But, like folks say, fat (egg yolk, cream) and dairy would interfere with the rest of the brew - in old recipes like buttered beer/mulled ale/mulled wine/syllabub (cider + milk, in its simplest version), the brew or wine is brewed *first* - and then used as an ingredient in the recipe, along with the eggs/cream/spices, etc.
M

In regards to a recipe Tidal Pete I'm going to brew a raspberry porter from the brewing classic styles book. So maybe the cocao nibs would work nicely in this.
Thanks for the suggestions Tim T. The cheese Tim Tams actually look appetizing.

Not For Horses said:
No one has actually said why it would be bad...
Click to expand...

The first reply does.

Try adding a dolop of cream to your beer and se how it turns out,,,


Mousse is the same stuff, just whipped up a bit...