A Few Jokes That I Head At The Club Last Night

Did you hear that Victa is releasing a new lawn mower?
Its called the Corby. It holds 4.5 kg of grass and has a 20 year warenty.

Warning: Dad jokes in this thread!

I shouldn't post this, but it is funny because its true.

A seven year old Newcastle boy was at the centre of a courtroom drama last week when he challenged a court ruling over who should have custody of him. The boy had a history of being beaten by his parents and the judge had awarded custody to his aunt. However the boy confirmed that his aunt beat him more than his parents and refused to live there.
When the judge suggested that he live with his grandparents the boy cried out that they beat him more than anyone.

The judge then dramatically allowed the boy to choose who should have custody of him.
Custody was granted to the Newcastle Knights this morning as the boy firmly believes that they are not capable of beating anyone.
G

Yeah i know but it was funny!

I hope you're right. It's getting close to wrist slashing time... I think I need a beer :chug:

They only need to win the next 10 games straight to really have any chance at anything!

Hate to rain on your parade boys - but arn't they playing that rather inform team just North of you? - GO YOU BRONCOS
G

Yep, it doesn't get any easier... Maybe Bennett and Lockyer will feel sorry for us and let us win For the good of the game... :lol: Is that a flying pig I see...

At least if they win, it'll be safe for me to stop overnight in Newc on my way south next week, otherwise I better keep going straight through to Sydney;-)....

Hmmmm... Should think these would be the Knights best players this year. :wub: 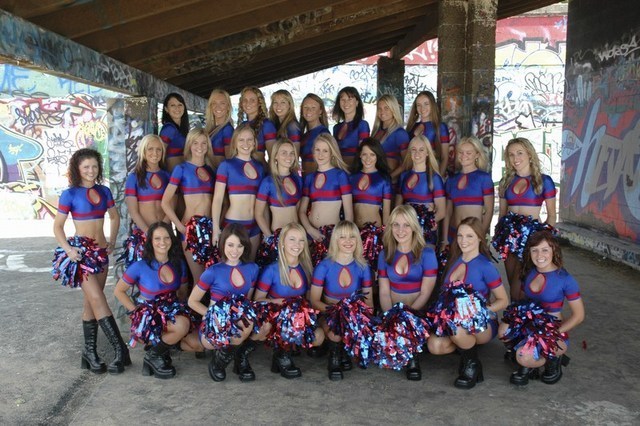 At least they'd distract the opposition.

Mate. They made me toss my beer-goggles. Something the AFL never affords us. B)

Ross said:
At least if they win, it'll be safe for me to stop overnight in Newc on my way south next week, otherwise I better keep going straight through to Sydney;-)....

Which night are you planning on coming through Ross? I might be able to get out for a beer or three with you depending of course on the Minister for Finance's approval... Our shoebox in middle ut' road is full to the brim given our recent addition so I can't offer you a bed I'm afraid , but I'd be keen to say g'day if I can swing it.

& back to the original thread subject:

John was in the fertilized egg business. He had several hundred young Layers called pullets and eight or ten roosters, whose job was to make sure the eggs were fertile. John kept records and any rooster that didn't perform went into the soup pot and was replaced. That took an awful lot of John's time so John got a set of tiny bells and attached them to his roosters. Each bell had a different tone so John could tell from a distance, which rooster was performing. Now he could sit on the porch and fill out an efficiency report simply by listening to the bells.

John's favourite rooster was old Butch, a very fine specimen he was, too. But on this particular morning John noticed old Butch's bell hadn't rung at all! John went to investigate. The other roosters were chasing pullets, bells-a-ringing. The pullets, hearing the roosters coming, would run for cover. BUT, to John's amazement, Butch had his bell in his beak, so it couldn't ring. He'd sneak up on a pullet, do his job and walk on to the next one. John was so proud of Butch, he entered him in the county fair and Butch became an overnight sensation among the judges.

The result... The judges not only awarded Butch the "No Bell Piece Prize" but they also awarded him the "Pulletsurprise" as well. Clearly Butch was a Politician. Who else could figure out how to win two of the most politically biased awards on our planet by being the best at sneaking up on the populace and screwing them.

A middle aged man bought a brand new Holden Monaro. He took off down the road, pushed it up to 130kmph, and was enjoying the wind blowing through his (thinning) hair.

"This is great," he thought and accelerated to an even higher speed. But then he looked in his rear-view mirror, and there was a Police Car behind him, blue lights flashing. "I can get away from him with no problem" thought the man and he floored it some more, and flew down the road at over 210kmph to escape being stopped.

Then he thought, "What the hell am I doing? I'm too old for this kind of thing" and pulled over to the side of the road, and waited for the Police car to catch up with him. The Policeman pulled in behind the Monaro and walked up on the driver's side.

"Sir my Shift ends in five minutes and today is Friday the 13th. If you can give me a good reason why you were speeding that I've never heard before, I'll let you go."

The man looked back at the Policeman and said, "Last week my wife ran off with a Policeman, and I thought you were bringing her back." "Have a nice day sir and drive carefully."
G

OK mate, I'll PM you with some details later. Mon and Tue aren't exactly the most exciting nights for nightlife around town, but I'll see what I can come up with... Off to feed the kids

Back to the jokes.

An Irish golfer goes church and to confession . he tells the priest . Father I used the lords name in vain and cursed him whist playing golf today, the priest answered. Look Im a keen golfer myself and understand the situation well , tell me what happened. Well father on the 17th this morning I hit a 250 yard drive and it hit a sprinkler head on the fairway and ended up in the deep rough , is that when you cursed asked the priest , no father as I then hit a good shot that caught the lip of the bunker and plugged , its then when you cursed said the priest, no father I then hit a good bunker shot and finished up a foot from the pin.
The priest yelled . " Oh Fu--en Christ no , dont tell tell me you missed a one foot putt you stupid c--t ". :lol: :chug: